How to Become a Public Information Officer

The essential occupation of a Public Information Officer includes the advancement of a positive public picture via digital media. The public Information Officer offers critical data during an emergency. They gather realities and disperse them to the media, and coordinate uncommon occasions like honorable functions. Commonly, they work for huge associations and government offices. They keep up their online presence that can be important for the obligations of public data. Likewise, they can work for extended periods on an unpredictable timetable, particularly when the episodes or circumstances influence the association.

There is more than meets the eye when it comes to being a public information officer. For example, did you know that they make an average of $27.64 an hour? That's $57,501 a year!

What Does a Public Information Officer Do

There are certain skills that many public information officers have in order to accomplish their responsibilities. By taking a look through resumes, we were able to narrow down the most common skills for a person in this position. We discovered that a lot of resumes listed communication skills, leadership skills and organizational skills.

Learn more about what a Public Information Officer does

How To Become a Public Information Officer

In addition to switching up your job search, it might prove helpful to look at a career path for your specific job. Now, what's a career path you ask? Well, it's practically a map that shows how you might advance from one job title to another. Our career paths are especially detailed with salary changes. So, for example, if you started out with the role of communications director you might progress to a role such as marketing director eventually. Later on in your career, you could end up with the title regional marketing director.

The skills section on your resume can be almost as important as the experience section, so you want it to be an accurate portrayal of what you can do. Luckily, we've found all of the skills you'll need so even if you don't have these skills yet, you know what you need to work on. Out of all the resumes we looked through, 19.2% of public information officers listed press releases on their resume, but soft skills such as communication skills and leadership skills are important as well.

Zippia allows you to choose from different easy-to-use Public Information Officer templates, and provides you with expert advice. Using the templates, you can rest assured that the structure and format of your Public Information Officer resume is top notch. Choose a template with the colors, fonts & text sizes that are appropriate for your industry.

Online Courses For Public Information Officer That You May Like

Advertising Disclosure  The courses listed below are affiliate links. This means if you click on the link and purchase the course, we may receive a commission.
Public Relations: Media Crisis Communications
4.5
(805)

Public Relations: You can shape and control your media messages at the worst possible times...

Public relations to reach 100,000+ potential clients with strategies to get publicity & press coverage for branding ASAP...

Public Speaking - You can confidently present information in a way that is understandable and memorable...

Some places are better than others when it comes to starting a career as a public information officer. The best states for people in this position are Delaware, Maryland, Virginia, and New Jersey. Public information officers make the most in Delaware with an average salary of $78,054. Whereas in Maryland and Virginia, they would average $76,682 and $73,951, respectively. While public information officers would only make an average of $72,627 in New Jersey, you would still make more there than in the rest of the country. We determined these as the best states based on job availability and pay. By finding the median salary, cost of living, and using the Bureau of Labor Statistics' Location Quotient, we narrowed down our list of states to these four.

Total Public Information Officer Jobs:
1,850
Highest 10% Earn:
$106,000
Location Quotient:
1.27 Location Quotient is a measure used by the Bureau of Labor Statistics (BLS) to determine how concentrated a certain industry is in a single state compared to the nation as a whole. You can read more about how BLS calculates location quotients here

Total Public Information Officer Jobs:
2,249
Highest 10% Earn:
$107,000
Location Quotient:
1.05 Location Quotient is a measure used by the Bureau of Labor Statistics (BLS) to determine how concentrated a certain industry is in a single state compared to the nation as a whole. You can read more about how BLS calculates location quotients here

Total Public Information Officer Jobs:
316
Highest 10% Earn:
$83,000
Location Quotient:
1.42 Location Quotient is a measure used by the Bureau of Labor Statistics (BLS) to determine how concentrated a certain industry is in a single state compared to the nation as a whole. You can read more about how BLS calculates location quotients here

How Do Public Information Officer Rate Their Jobs? 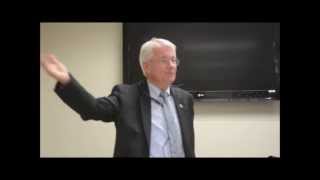 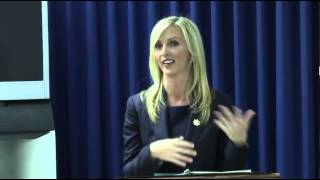 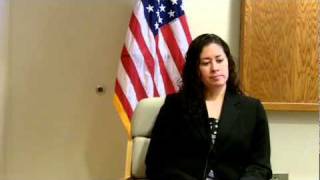