How to Become a Radiographer Technologist

There is more than meets the eye when it comes to being a radiographer technologist. For example, did you know that they make an average of $27.9 an hour? That's $58,032 a year!

What Does a Radiographer Technologist Do

There are certain skills that many radiographer technologists have in order to accomplish their responsibilities. By taking a look through resumes, we were able to narrow down the most common skills for a person in this position. We discovered that a lot of resumes listed detail oriented, interpersonal skills and math skills.

How To Become a Radiographer Technologist

In addition to switching up your job search, it might prove helpful to look at a career path for your specific job. Now, what's a career path you ask? Well, it's practically a map that shows how you might advance from one job title to another. Our career paths are especially detailed with salary changes. So, for example, if you started out with the role of radiologic technician you might progress to a role such as ct technologist eventually. Later on in your career, you could end up with the title lead ct technologist.

Average Salary for a Radiographer Technologist

Top Skills For a Radiographer Technologist

The skills section on your resume can be almost as important as the experience section, so you want it to be an accurate portrayal of what you can do. Luckily, we've found all of the skills you'll need so even if you don't have these skills yet, you know what you need to work on. Out of all the resumes we looked through, 10.1% of radiographer technologists listed surgery on their resume, but soft skills such as detail oriented and interpersonal skills are important as well.

Zippia allows you to choose from different easy-to-use Radiographer Technologist templates, and provides you with expert advice. Using the templates, you can rest assured that the structure and format of your Radiographer Technologist resume is top notch. Choose a template with the colors, fonts & text sizes that are appropriate for your industry.

Online Courses For Radiographer Technologist That You May Like

Advertising Disclosure  The courses listed below are affiliate links. This means if you click on the link and purchase the course, we may receive a commission.
Advanced Cardiac Imaging: Cardiac Computed Tomography (CT)

* GOLD Award Winner of QS Reimagine Education Award 2021 in Life Sciences! * This course, developed by the Department of Diagnostic Radiology, The University of Hong Kong in collaboration with committee members of international and national cardiac imaging societies, is for radiologists, cardiologists, radiographers/ technologists and other health professionals who want to learn more about this imaging modality. The course follows the level 1 recommendations of cardiac imaging societies by...

View Details on edX
The Basics of Trauma Surgery

This course imparts a wide range of basic knowledge and skills in the field of trauma surgical and orthopedic treatment of patients. To facilitate this, the course employs a new concept of information transfer. We follow a scientific approach and a sophisticated combination of modern teaching methods to vividly impart the taught contents. This included case-based learning, comprehensive factual knowledge, and consecutive quizzes, which help to better memorize the learned contents and later emplo...

In this online course on Macroeconomic Diagnostics (MDSx), you will learn some applied tools that will allow you to assess the economic situation in a country. These analytical tools are the ones most used by applied macroeconomists—including those at the IMF. You will learn both how to technically implement these tools and to interpret their results. The course will guide you through the different sectors of an economy. It will present tools to assess the relevant sector and its...

How Do Radiographer Technologist Rate Their Jobs?

Most Common Employers For Radiographer Technologist 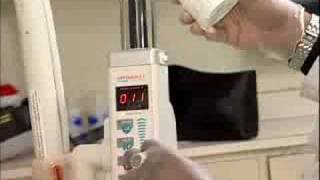 A Day in the Life - Radiological Technician