Rainbow USA Inc. is a privately held, moderately priced American retail apparel chain comprising several lifestyle brands primarily targeting teens and young women.
Rainbow Shops is a well-established company. It was founded way back in 1935. This time-proven company loves to hire graduates from St. Louis, with 8.3% of its employees having attended St. Louis. Want to explore some other great places to work in New York, NY? You can check out our full list of Best Companies to Work For in New York, NY. The average employee at Rainbow Shops makes $30,646 per year, which is competitive for its industry and location. Some of its highest paying competitors, United Retail Group, True Religion, and Forever 21, pay $40,500, $33,593, and $31,438, respectively.
Rainbow Shops is an industry leader with 10,000 employees and an annual revenue of $1.5B that is headquartered in New York, NY.

We serve, we respect and value people, product, and performance to ensure that the customer is our main focus.

I loved everything from my company, my employees to my customers

Being part of helping the company grow

Having to work for a good boss

The way the staff tried to get me fired

Having someone stand up for me
Anonymous review of Rainbow Shops

What do you like about working for Rainbow Shops?

8.5
Diversity Score
We calculated the diversity score of companies by measuring multiple factors, including the ethnic background, gender identity, and language skills of their workforce.

Do you Work At Rainbow Shops? 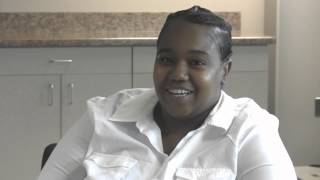 How Would You Rate The Company Culture Of Rainbow Shops?

When was Rainbow Shops founded?

Rainbow Shops was founded in 1935.

How many Employees does Rainbow Shops have?

How much money does Rainbow Shops make?

Rainbow Shops generates $1.5B in revenue.

What industry is Rainbow Shops in?

Rainbow Shops is in the retail industry.

What is Rainbow Shops's mission?

Rainbow Shops's mission statement is "We serve, we respect and value people, product, and performance to ensure that the customer is our main focus."

What type of company is Rainbow Shops?

Rainbow Shops is a private company.

Who are Rainbow Shops's competitors?

Where is Rainbow Shops's headquarters?

Are You An Executive, HR Leader, Or Brand Manager At Rainbow Shops?

Most Common Jobs At Rainbow Shops

Zippia gives an in-depth look into the details of Rainbow Shops, including salaries, political affiliations, employee data, and more, in order to inform job seekers about Rainbow Shops. The employee data is based on information from people who have self-reported their past or current employments at Rainbow Shops. The data on this page is also based on data sources collected from public and open data sources on the Internet and other locations, as well as proprietary data we licensed from other companies. Sources of data may include, but are not limited to, the BLS, company filings, estimates based on those filings, H1B filings, and other public and private datasets. While we have made attempts to ensure that the information displayed are correct, Zippia is not responsible for any errors or omissions or for the results obtained from the use of this information. None of the information on this page has been provided or approved by Rainbow Shops. The data presented on this page does not represent the view of Rainbow Shops and its employees or that of Zippia.