Working At Robert Half

The Culture At Robert Half

Information provided by the company
Our passions and differences keep us growing. We are all united by a common passion.
Are you a passionate self-starter looking to grow within a dynamic and growing company Then we would love to hear from you!
Are you a self-starter who has a real passion for the legal industry You will have the opportunity to pursue that passion in a professional environment where hard work and quick thinking are rewarded.
We are looking for people who are deeply passionate about growing their careers as an Administrative Assistant. If this sounds like you, do not hesitate to reach out!
Positively influence and inspire region by creating a collaborative and balanced culture Create a culture of empowerment leveraging high-potential staff.

Robert Half is a professional services company and is the world's first and largest accounting and finance staffing firm. The company was founded by Robert Half in 1948 by providing professional staffing services. Robert Half is also now involved in risk consulting and internal audit services in addition to its human resources consultancy business. The company reported revenues of US$4.2 billion for the fiscal year 2013.
The staff at Robert Half come from unusually diverse demographic backgrounds. The company is 59.3% female and 38.3% ethnic minorities. Even though it has great demographic diversity, Robert Half notably lacks in political diversity. It has an unusually high proportion of employees who are members of the Democratic Party, at 75.0%. Despite having coworkers who agree with each other about politics, employees at Robert Half tend to have relatively short tenures. Staff members usually stay with the company for 2.4 years. The average employee at Robert Half makes $49,447 per year, which is competitive for its industry and location. Some of its highest paying competitors, Protiviti, Kforce, and Kelly Services, pay $99,030, $82,028, and $33,027, respectively.
Based in Menlo Park, CA, Robert Half is an industry leader with 13,000 employees and an annual revenue of $5.1B.

It has been our longstanding belief that a specialized staffing services company is only as good as its reputation with clients and job candidates. Our focus at RHI is on providing unparalleled service. Our business is at once simple and complex: We aim to find the best talent in the industry for our clients, while offering the best employment opportunities to our job candidates.

Having to deal with different recruiters often.

Constant change in policies when dealing with claimants. Also miscommunication between agents, and training window.

The job provided was a work from home position. It provided invaluable experience has a customer service agent.

Small business, employees, allowed me to shine in my areas of expertise.

Temporary job and I would love to find a permanent position.

I’m semi-Retired and they allowed me to adjust my schedule to hours suitable to both of us.

Independence.
1
2
3
Anonymous review of Robert Half

How would you rate working at Robert Half?

What do you like about working for Robert Half?

The Team At Robert Half

Robert Half is ranked #82 on the Best Professional Companies to Work For in California list. Zippia's Best Places to Work lists provide unbiased, data-based evaluations of companies. Rankings are based on government and proprietary data on salaries, company financial health, and employee diversity.

Highest Paying Jobs At Robert Half

Research Summary. Using a database of 30 million profiles, Zippia estimates demographics and statistics for Robert Half. Our estimates are verified against BLS, Census, and current job openings data for accuracy. After extensive research and analysis, Zippia's data science team found that:

Do you Work At Robert Half? 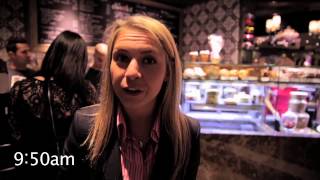 A day in the life of a Robert Half Recruitment Consultant 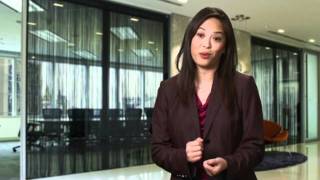 Work at Robert Half

How Would You Rate The Company Culture Of Robert Half?

Have you worked at Robert Half? Help other job seekers by rating Robert Half.

Subsidiaries to Robert Half include Protiviti. Employees at the parent company, Robert Half, earn $49,447 whereas employees at Protiviti earn $99,030, on average.
Company

Frequently Asked Questions about Robert Half

When was Robert Half founded?

How many Employees does Robert Half have?

How much money does Robert Half make?

Robert Half generates $5.1B in revenue.

What industry is Robert Half in?

Robert Half is in the management consulting industry.

What is Robert Half's mission?

Robert Half's mission statement is "It has been our longstanding belief that a specialized staffing services company is only as good as its reputation with clients and job candidates. Our focus at RHI is on providing unparalleled service. Our business is at once simple and complex: We aim to find the best talent in the industry for our clients, while offering the best employment opportunities to our job candidates."

What type of company is Robert Half?

Robert Half is a public company.

Who are Robert Half's competitors?

Who works at Robert Half?

Are You An Executive, HR Leader, Or Brand Manager At Robert Half?

Zippia gives an in-depth look into the details of Robert Half, including salaries, political affiliations, employee data, and more, in order to inform job seekers about Robert Half. The employee data is based on information from people who have self-reported their past or current employments at Robert Half. The data on this page is also based on data sources collected from public and open data sources on the Internet and other locations, as well as proprietary data we licensed from other companies. Sources of data may include, but are not limited to, the BLS, company filings, estimates based on those filings, H1B filings, and other public and private datasets. While we have made attempts to ensure that the information displayed are correct, Zippia is not responsible for any errors or omissions or for the results obtained from the use of this information. None of the information on this page has been provided or approved by Robert Half. The data presented on this page does not represent the view of Robert Half and its employees or that of Zippia.