Find The Best Science Writer Jobs For You

A science writer is a professional who researches, writes, and edits scientific articles and news features, for such publications as technical and scientific journals, websites, and other media outlets. These individuals understand specific scientific topics and seek to put these topics in a highly readable form for the general public.

Science writers write on such topics as climate change, oceanography, physics, the space program, epidemiology, biology, and chemistry. A science writer is often hired by a company or an organization as a consultant and can be assigned a variety of subjects to write on.

Most science writers do not necessarily have a bachelor's or an advanced degree in a scientific discipline, and most have a background in journalism or English. A science writer should be able to understand complex scientific information and possess strong research, writing, and editing skills. These individuals should also possess expertise in presenting complex topics in an easy-to-understand way, as well as strong verbal, written, and communication skills. A science writer can make up to $75,000 annually in the US, and the career field is expected to grow 7% by 2028.

There is more than meets the eye when it comes to being a science writer. For example, did you know that they make an average of $27.24 an hour? That's $56,659 a year!

What Does a Science Writer Do

There are certain skills that many science writers have in order to accomplish their responsibilities. By taking a look through resumes, we were able to narrow down the most common skills for a person in this position. We discovered that a lot of resumes listed teamwork, technical skills and detail oriented.

When it comes to searching for a job, many search for a key term or phrase. Instead, it might be more helpful to search by industry, as you might be missing jobs that you never thought about in industries that you didn't even think offered positions related to the science writer job title. But what industry to start with? Most science writers actually find jobs in the education and health care industries.

How To Become a Science Writer

In addition to switching up your job search, it might prove helpful to look at a career path for your specific job. Now, what's a career path you ask? Well, it's practically a map that shows how you might advance from one job title to another. Our career paths are especially detailed with salary changes. So, for example, if you started out with the role of writer and editor you might progress to a role such as editor eventually. Later on in your career, you could end up with the title senior editor.

Average Salary for a Science Writer

Science Writers in America make an average salary of $56,659 per year or $27 per hour. The top 10 percent makes over $78,000 per year, while the bottom 10 percent under $40,000 per year.
Average Salary
$56,659
Find Your Salary Estimate
How much should you be earning as an Architect? Use Zippia's Salary Calculator to get an estimation of how much you should be earning.

Online Courses For Science Writer That You May Like 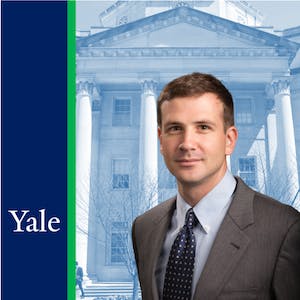 How can you tell if the bold headlines seen on social media are truly touting the next big thing or if the article isn't worth the paper it's printed on? Understanding Medical Studies, will provide you with the tools and skills you need to critically interpret medical studies, and determine for yourself the difference between good and bad science. The course covers study-design, research methods, and statistical interpretation. It also delves into the dark side of medical research by covering fr...

This course familiarizes students with the novel concepts being used to revamp regulatory toxicology in response to a breakthrough National Research Council Report "Toxicity Testing in the 21st Century: A Vision and a Strategy." We present the latest developments in the field of toxicology-the shift from animal testing toward human relevant, high content, high-throughput integrative testing strategies. Active programs from EPA, NIH, and the global scientific community illustrate the dynamics of... 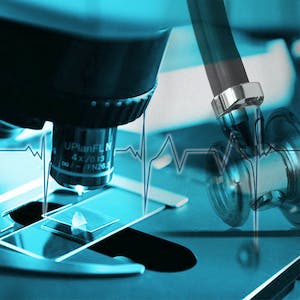 Translational science seeks to speed up the process of moving research discoveries from the laboratory into healthcare practices. Numerous scientific and organizational roadblocks can act as obstacles along the path of translation and ultimately hinder the speed of progress in medical research. The National Center for Advancing Translational Sciences (NCATS) was established by the National Institutes of Health (NIH) to transform and accelerate the translational research process, with the intende...

Top Skills For a Science Writer

The skills section on your resume can be almost as important as the experience section, so you want it to be an accurate portrayal of what you can do. Luckily, we've found all of the skills you'll need so even if you don't have these skills yet, you know what you need to work on. Out of all the resumes we looked through, 11.6% of science writers listed biomedical on their resume, but soft skills such as teamwork and technical skills are important as well.

Best States For a Science Writer

Some places are better than others when it comes to starting a career as a science writer. The best states for people in this position are Massachusetts, California, New York, and New Jersey. Science writers make the most in Massachusetts with an average salary of $66,622. Whereas in California and New York, they would average $66,495 and $64,965, respectively. While science writers would only make an average of $64,416 in New Jersey, you would still make more there than in the rest of the country. We determined these as the best states based on job availability and pay. By finding the median salary, cost of living, and using the Bureau of Labor Statistics' Location Quotient, we narrowed down our list of states to these four.

Total Science Writer Jobs:
245
Highest 10% Earn:
$120,000
Location Quotient:
3.42
Location Quotient is a measure used by the Bureau of Labor Statistics (BLS) to determine how concentrated a certain industry is in a single state compared to the nation as a whole. You can read more about how BLS calculates location quotients here

Total Science Writer Jobs:
590
Highest 10% Earn:
$108,000
Location Quotient:
1.5
Location Quotient is a measure used by the Bureau of Labor Statistics (BLS) to determine how concentrated a certain industry is in a single state compared to the nation as a whole. You can read more about how BLS calculates location quotients here

Total Science Writer Jobs:
958
Highest 10% Earn:
$107,000
Location Quotient:
1.75
Location Quotient is a measure used by the Bureau of Labor Statistics (BLS) to determine how concentrated a certain industry is in a single state compared to the nation as a whole. You can read more about how BLS calculates location quotients here

How Do Science Writer Rate Their Jobs?