In this modern version of Mary Shelley's classic tale, a man is resurrected as a younger version of himself by two billionaire scientists. Founders of a social networking empire, Mary Goodwin (Dilshad Vadsaria) and her twin brother, Otto (Adhir Kalyan), decide to give new life to Jimmy Pritchard, a former sheriff who was killed during a robbery. In addition to being much younger and getting a second chance at life, Pritchard also finds he has new, astonishing physical abilities. Pritchard must decide whether he should embrace a new sense of purpose -- or fall prey to his former temptations.… MORE
Founded in 2003, Second Chance is an established organization that loves to hire graduates from Norfolk State University, with 11.4% of its employees having attended Norfolk State University. Want to compare Second Chance to some other great places to work in Baltimore, Maryland? We suggest taking a look at Zippia's list of Best Companies to Work For in Baltimore, Maryland.
Based in Baltimore, Maryland, Second Chance is a small retail organization with only 240 employees and an annual revenue of $3.8M.

The team at Second Chance

What do people say about Second Chance

What do you like about working for Second Chance?

Second Chance is ranked #40 on the Best Non Profits Companies to Work For in Maryland list. Zippia's Best Places to Work lists provide unbiased, data-based evaluations of companies. Rankings are based on government and proprietary data on salaries, company financial health, and employee diversity.

On average, employees at Second Chance stay with the company for 2.0 years. Employees most commonly join Second Chance after leaving Walmart. When they leave Second Chance, they most frequently get their next job at Walmart.

Do you Work At Second Chance? 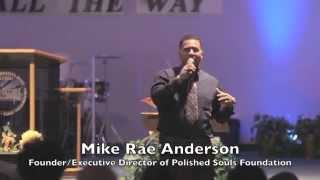 4.9
Performance Score
We calculated the performance score of companies by measuring multiple factors, including revenue, longevity, and stock market performance.

How Would You Rate The Company Culture Of Second Chance?

When was Second Chance founded?

Second Chance was founded in 2003.

How many Employees does Second Chance have?

How much money does Second Chance make?

What industry is Second Chance in?

Second Chance is in the non profits industry.

What type of company is Second Chance?

Second Chance is a nonprofit company.

Who are Second Chance's competitors?

Who works at Second Chance?

Where is Second Chance's headquarters?

Are you an executive, HR leader, or brand manager at Second Chance?

Zippia gives an in-depth look into the details of Second Chance, including salaries, political affiliations, employee data, and more, in order to inform job seekers about Second Chance. The employee data is based on information from people who have self-reported their past or current employments at Second Chance. While we have made attempts to ensure that the information displayed are correct, Zippia is not responsible for any errors or omissions, or for the results obtained from the use of this information. The data presented on this page does not represent the view of Second Chance and its employees or that of Zippia.