How to Become a Senior Manager

What is a Senior Manager

If you know what a manager does, the work of a senior manager will not come as a shocking surprise. They do pretty much the same, only with many more years of experience under their belt and typically focusing their energies on one specific area of the company's processes.

The decisions senior managers make impact the company on a more strategic level. They create goals for the company and manage budgets, approve hiring and firing of staff, oversee the work of supervisors, and monitor productivity and performance.

You rise to this position step by step on the corporate ladder if you nailed your previous positions and kept networking diligently. Your efforts will pay off because senior managers make $132,720 a year on average.

What Does a Senior Manager Do

There are certain skills that many senior managers have in order to accomplish their responsibilities. By taking a look through resumes, we were able to narrow down the most common skills for a person in this position. We discovered that a lot of resumes listed management skills, problem-solving skills and time-management skills.

Learn more about what a Senior Manager does

How To Become a Senior Manager

In addition to switching up your job search, it might prove helpful to look at a career path for your specific job. Now, what's a career path you ask? Well, it's practically a map that shows how you might advance from one job title to another. Our career paths are especially detailed with salary changes. So, for example, if you started out with the role of vice president you might progress to a role such as chief finance officer eventually. Later on in your career, you could end up with the title chief finance and operating officer.

Our resume builder tool will walk you through the process of creating a stand-out Senior Manager resume.

Average Salary for a Senior Manager

Senior Managers in America make an average salary of $119,277 per year or $57 per hour. The top 10 percent makes over $156,000 per year, while the bottom 10 percent under $90,000 per year.
Average Salary
$119,277
Find Your Salary Estimate
How much should you be earning as an Senior Manager? Use Zippia's Salary Calculator to get an estimation of how much you should be earning.
See More Salary Information

Designing and figuring out what to include on your resume can be tough, not to mention time-consuming. That's why we put together a guide that is designed to help you craft the perfect resume for becoming a Senior Manager. If you're needing extra inspiration, take a look through our selection of templates that are specific to your job.

Learn How To Write a Senior Manager Resume

At Zippia, we went through countless Senior Manager resumes and compiled some information about how to optimize them. Here are some suggestions based on what we found, divided by the individual sections of the resume itself.

Find the best Senior Manager job for you

Our resume builder tool will walk you through the process of creating a stand-out Senior Manager resume.

Find the best Senior Manager job for you

Online Courses For Senior Manager That You May Like

Lean BPM - learn how to use lean business management techniques to reduce waste and improve your business efficiency...

Top Skills For a Senior Manager

The skills section on your resume can be almost as important as the experience section, so you want it to be an accurate portrayal of what you can do. Luckily, we've found all of the skills you'll need so even if you don't have these skills yet, you know what you need to work on. Out of all the resumes we looked through, 10.0% of senior managers listed procedures on their resume, but soft skills such as management skills and problem-solving skills are important as well.

Best States For a Senior Manager

Some places are better than others when it comes to starting a career as a senior manager. The best states for people in this position are New York, New Jersey, Virginia, and Alaska. Senior managers make the most in New York with an average salary of $134,986. Whereas in New Jersey and Virginia, they would average $133,229 and $132,663, respectively. While senior managers would only make an average of $131,256 in Alaska, you would still make more there than in the rest of the country. We determined these as the best states based on job availability and pay. By finding the median salary, cost of living, and using the Bureau of Labor Statistics' Location Quotient, we narrowed down our list of states to these four.

Total Senior Manager Jobs:
3,975
Highest 10% Earn:
$199,000
Location Quotient:
1.16
Location Quotient is a measure used by the Bureau of Labor Statistics (BLS) to determine how concentrated a certain industry is in a single state compared to the nation as a whole. You can read more about how BLS calculates location quotients here

Total Senior Manager Jobs:
5,374
Highest 10% Earn:
$202,000
Location Quotient:
1.15
Location Quotient is a measure used by the Bureau of Labor Statistics (BLS) to determine how concentrated a certain industry is in a single state compared to the nation as a whole. You can read more about how BLS calculates location quotients here

Total Senior Manager Jobs:
5,246
Highest 10% Earn:
$199,000
Location Quotient:
1.98
Location Quotient is a measure used by the Bureau of Labor Statistics (BLS) to determine how concentrated a certain industry is in a single state compared to the nation as a whole. You can read more about how BLS calculates location quotients here

How Do Senior Manager Rate Their Jobs? 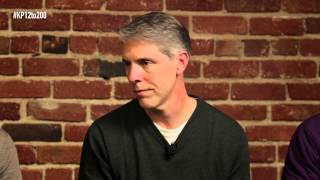 How Do Airbnb, Google, and Twitter Onboard Senior Managers?

How do you get promoted to senior manager?

To get promoted to senior manager requires between five to nine years of experience working as a manager in that field.

A successful manager should have several well-developed soft skills and have a strong understanding of the business. 57% of senior managers report that soft skills are more important than hard skills for their day-to-day duties. Of those soft skills, senior managers say the three most important are leadership, communication, and collaboration.

The top ten desired skills for senior management positions are:

Tips for getting promoted to a senior manager:

How long does it take to become a senior manager?

It takes five to ten years to become a senior manager.

Depending on your education level, you can advance faster to a senior position. For example, someone with a doctorate may take only a year or two working as a manager before being promoted to senior manager.

The educational level also impacts your ability to get promoted from senior manager to general manager. For example, a senior manager with a doctorate may only need three to four years of experience.

Is a senior manager an executive?

No, a senior manager is not an executive. There are three levels of management starting with the manager, followed by the senior manager, and then the executive or general manager.

An executive manager focuses on the company or organization as a whole, plans budgets, and decides which departments or projects senior managers should run.

In contrast, senior management roles include:

A general management focuses on the company or organization as a whole. While a senior manager focuses on just one department, team, or area of responsibility rather than the whole company.

A senior manager has similar responsibilities, such as managing budgets or assigning roles, but just on a smaller scale focusing on a particular area of responsibility rather than the whole company like a general manager.

Other responsibilities of a senior manager may include:

What do you call a senior manager?

The levels of managers:

Depending on the company's size and the industry in which it operates, you could find that the same job title has different meanings, different responsibilities, and a very different salary.

A company director position in many companies is considered a senior management position responsible for the strategic and tactical management of a significant piece of the company. This position earns between $146,400 to $219,600 a year.

What does a senior manager get paid?

Manager salaries based on the number of years of experience:

What level is senior manager?

A manager is considered the first level of management. A manager usually supervises employees directly, or in larger companies, a second-level manager might be a manager who manages supervisors.

The duties and responsibilities of a first-line manager are similar to those of a supervisor. However, the general manager has more responsibility for personnel, more HR responsibility, and more discretion. They usually supervise a small group of employees doing the same or similar work. The manager usually has a minimum of one to four years of experience.

The second level (or third level sometimes in larger companies) is a senior manager. The responsibilities of a senior manager are essentially the same as those of a manager. They are responsible for the administrative and functional direction of a group of employees. They generally have more discretion and greater financial authority than other managers. A senior manager has between five to nine years of management experience.

The general manager is also the company's hiring authority, although they may also delegate that authority to subordinate managers. It usually takes over ten years in a senior management role to become a general manager.