The Culture At Shopko Optical

Information provided by the company
Must demonstrate a commitment to provide great customer service.

ShopKo Stores, Inc. is a retailer of quality goods and services headquartered in Green Bay, Wis., with stores located throughout the Midwest, Mountain and Pacific Northwest regions.
The staff at Shopko Optical come from unusually diverse demographic backgrounds. The company is 62.3% female and 24.1% ethnic minorities. Shopko Optical employees are slightly more likely to be members of the Democratic Party than the Republican Party, with 62.0% of employees identifying as members of the Democratic Party. Despite their political differences, employees at Shopko Optical seem to be happy. The company has great employee retention with staff members usually staying for 3.2 years.
Shopko Optical is an industry leader with 18,000 employees and an annual revenue of $3.3B that is headquartered in Green Bay, WI.

To deliver comprehensive eye care from trusted doctors and opticians with exceptional warmth in a convenient and comfortable environment. We don't just care for eyes. We care for people and the lives they lead.

Fun environment with many great people. It was a great stepping stone that helped me in my career.

Management left a lot to be desired. They seem ineffective and bordering on incompetent.

Nothing that I remember.
Anonymous review of Shopko Optical

How would you rate working at Shopko Optical?

What do you like about working for Shopko Optical?

The Team At Shopko Optical

The Inside Scoop
Shopko Optical is a trusted optical retailer, headquartered in Green Bay, WI. We currently have over 100 locations and plan to open an additional 50 optical centers in 2021. Additional growth is planned for 2022 and beyond. With our network of 150 experienced optometrists, Shopko Optical looks forward to serving over 350,000 patients in our communities this year.
Show More

Shopko Optical is ranked #27 on the Best Companies to Work For in Wisconsin list. Zippia's Best Places to Work lists provide unbiased, data-based evaluations of companies. Rankings are based on government and proprietary data on salaries, company financial health, and employee diversity.

Do you Work At Shopko Optical? 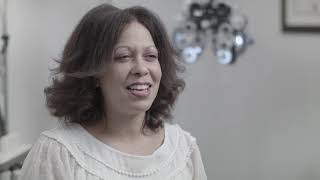 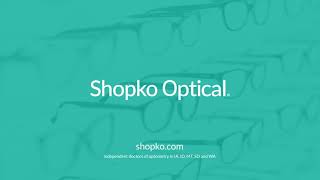 How Would You Rate The Company Culture Of Shopko Optical?

When was Shopko Optical founded?

Shopko Optical was founded in 1978.

How many Employees does Shopko Optical have?

What industry is Shopko Optical in?

Shopko Optical is in the healthcare providers and services industry.

What is Shopko Optical's mission?

Shopko Optical's mission statement is "To deliver comprehensive eye care from trusted doctors and opticians with exceptional warmth in a convenient and comfortable environment. We don't just care for eyes. We care for people and the lives they lead."

What type of company is Shopko Optical?

Shopko Optical is a private company.

Who are Shopko Optical's competitors?

Who works at Shopko Optical?

Where is Shopko Optical's headquarters?

Are You An Executive, HR Leader, Or Brand Manager At Shopko Optical?

Most Common Jobs At Shopko Optical

Zippia gives an in-depth look into the details of Shopko Optical, including salaries, political affiliations, employee data, and more, in order to inform job seekers about Shopko Optical. The employee data is based on information from people who have self-reported their past or current employments at Shopko Optical. The data on this page is also based on data sources collected from public and open data sources on the Internet and other locations, as well as proprietary data we licensed from other companies. Sources of data may include, but are not limited to, the BLS, company filings, estimates based on those filings, H1B filings, and other public and private datasets. While we have made attempts to ensure that the information displayed are correct, Zippia is not responsible for any errors or omissions or for the results obtained from the use of this information. None of the information on this page has been provided or approved by Shopko Optical. The data presented on this page does not represent the view of Shopko Optical and its employees or that of Zippia.