#Technology, #IT, #Engineering, #Scientific & #Architectural #staffing.#Contract, #ContracttoHire, #DirectHire, #ExecutiveSearch. https://t.co/HcfcpiQrB0
The staff at Sierra come from unusually diverse demographic backgrounds. The company is 34.0% female and 44.5% ethnic minorities. Sierra employees are more likely to be members of the Republican Party than the Democratic Party, with 63.3% of employees identifying as members of the Republican Party. But those numbers could change quickly because the turnover rate at Sierra is relatively high. Employees at Sierra stay with the company for an average of 2.7 years before leaving. The average employee at Sierra makes $53,372 per year. Pay at Sierra is significantly lower than some of its highest paying competitors, like Boston Consulting Group, Bain & Company, and Populus Group, which pay $129,464, $114,786, and $97,453, respectively.
A large professional company with 1,016 employees and an annual revenue of $18.5M, Sierra is headquartered in Chicago, Illinois.

Provide the absolute best technical staff to our clients in the fashion that best suits their needs. When you've been around as long as we have it's easy to sit back and rely on what has worked. We remain committed to always finding fresh, creative, and innovative ways to identify the talent our clients deserve. We appreciate the value of a relationship and strive to earn the trust of our clients by delivering results.

The Team At Sierra

What do people say about Sierra

Sierra is ranked #62 on the Best Professional Companies to Work For in Illinois list. Zippia's Best Places to Work lists provide unbiased, data-based evaluations of companies. Rankings are based on government and proprietary data on salaries, company financial health, and employee diversity.

How much does Sierra pay?
The national average salary for a Sierra employee in the United States is $51,516 per year. Employees in the top 10 percent can make over $104,000 per year, while employees at the bottom 10 percent earn less than $25,000 per year.
7.8
Salary Score
Categories
Professional Companies
High Paying Jobs
Consultant, Construction Superintendent
Highest Paying Location
New York, NY
Want to know more?
Show Salaries
Average Employee Earnings
$129,318
$114,627
$51,516
$43,833
$43,209

The average employee at Sierra earns a yearly salary of $51,516 per year, but different jobs can earn drastically different salaries.

Some of the positions that earn high wages at Sierra include consultant, construction superintendent, java developer, and business intelligence developer.

A worker with the title consultant salary at Sierra can earn an average yearly salary of $100,257.

To get a better sense of the salaries at Sierra, other roles such as forest worker and conservation worker can be considered as well. For comparison, the title forest worker at Sierra earns $23,441 per year.

Do you Work At Sierra? 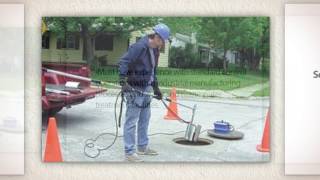 Job Opportunities Available for Engineers and More with Aqua Sierra

6.8
Performance Score
We calculated the performance score of companies by measuring multiple factors, including revenue, longevity, and stock market performance.

How Would You Rate The Company Culture Of Sierra?

Have you worked at Sierra? Help other job seekers by rating Sierra.

The wages at Boston Consulting Group average higher than the other similar companies, where the median salary is $129,318 per year.

How many Employees does Sierra have?

How much money does Sierra make?

What industry is Sierra in?

Sierra is in the professional industry.

What is Sierra's mission?

Sierra's mission statement is "Provide the absolute best technical staff to our clients in the fashion that best suits their needs. When you've been around as long as we have it's easy to sit back and rely on what has worked. We remain committed to always finding fresh, creative, and innovative ways to identify the talent our clients deserve. We appreciate the value of a relationship and strive to earn the trust of our clients by delivering results."

What type of company is Sierra?

Sierra is a private company.

Who are Sierra's competitors?

Who works at Sierra?

Where is Sierra's headquarters?

Sierra's headquarters is in Chicago, IL.

Are You An Executive, HR Leader, Or Brand Manager At Sierra?

Zippia gives an in-depth look into the details of Sierra, including salaries, political affiliations, employee data, and more, in order to inform job seekers about Sierra. The employee data is based on information from people who have self-reported their past or current employments at Sierra. While we have made attempts to ensure that the information displayed are correct, Zippia is not responsible for any errors or omissions, or for the results obtained from the use of this information. The data presented on this page does not represent the view of Sierra and its employees or that of Zippia.