Find The Best Software Engineer Jobs For You

Software Engineers get to apply lots of different areas of study into their everyday work. Whether it's science, engineering, mathematics, computer science, or even design, these engineers are able to use lots of different methods and techniques in their line of work.

Essentially, software engineers design, develop and test software applications for computers. They usually work in offices or labs during their average 40-hour workweek. Even though they use a wide range of study, typically software engineers only require a Bachelor's degree, although a Master's degree is appealing to most employers.

There is more than meets the eye when it comes to being a software engineer. For example, did you know that they make an average of $41.42 an hour? That's $86,157 a year!

What Does a Software Engineer Do

There are certain skills that many software engineers have in order to accomplish their responsibilities. By taking a look through resumes, we were able to narrow down the most common skills for a person in this position. We discovered that a lot of resumes listed communication skills, creativity and problem-solving skills.

When it comes to searching for a job, many search for a key term or phrase. Instead, it might be more helpful to search by industry, as you might be missing jobs that you never thought about in industries that you didn't even think offered positions related to the software engineer job title. But what industry to start with? Most software engineers actually find jobs in the technology and telecommunication industries.

How To Become a Software Engineer

As you move along in your career, you may start taking on more responsibilities or notice that you've taken on a leadership role. Using our career map, a software engineer can determine their career goals through the career progression. For example, they could start out with a role such as systems analyst, progress to a title such as systems engineer and then eventually end up with the title manager, systems engineering.

Average Salary for a Software Engineer

Designing and figuring out what to include on your resume can be tough, not to mention time-consuming. That's why we put together a guide that is designed to help you craft the perfect resume for becoming a Software Engineer. If you're needing extra inspiration, take a look through our selection of templates that are specific to your job.

Learn How To Write a Software Engineer Resume

At Zippia, we went through countless Software Engineer resumes and compiled some information about how best to optimize them. Here are some suggestions based on what we found, divided by the individual sections of the resume itself.

Top Skills For a Software Engineer

The skills section on your resume can be almost as important as the experience section, so you want it to be an accurate portrayal of what you can do. Luckily, we've found all of the skills you'll need so even if you don't have these skills yet, you know what you need to work on. Out of all the resumes we looked through, 10.4% of software engineers listed python on their resume, but soft skills such as communication skills and creativity are important as well.

Best States For a Software Engineer

Some places are better than others when it comes to starting a career as a software engineer. The best states for people in this position are Washington, California, New York, and Oregon. Software engineers make the most in Washington with an average salary of $107,479. Whereas in California and New York, they would average $105,321 and $86,586, respectively. While software engineers would only make an average of $81,684 in Oregon, you would still make more there than in the rest of the country. We determined these as the best states based on job availability and pay. By finding the median salary, cost of living, and using the Bureau of Labor Statistics' Location Quotient, we narrowed down our list of states to these four.

Total Software Engineer Jobs:
6,948
Highest 10% Earn:
$148,000
Location Quotient:
2.42
Location Quotient is a measure used by the Bureau of Labor Statistics (BLS) to determine how concentrated a certain industry is in a single state compared to the nation as a whole. You can read more about how BLS calculates location quotients here

Total Software Engineer Jobs:
19,681
Highest 10% Earn:
$146,000
Location Quotient:
1.71
Location Quotient is a measure used by the Bureau of Labor Statistics (BLS) to determine how concentrated a certain industry is in a single state compared to the nation as a whole. You can read more about how BLS calculates location quotients here

Total Software Engineer Jobs:
2,587
Highest 10% Earn:
$112,000
Location Quotient:
1.59
Location Quotient is a measure used by the Bureau of Labor Statistics (BLS) to determine how concentrated a certain industry is in a single state compared to the nation as a whole. You can read more about how BLS calculates location quotients here

How Do Software Engineer Rate Their Jobs?

What do you like the most about working as Software Engineer?

Designing a new system or making changes to an old one. Show More

Compensation. Pay and Benefits do not match the time spent on a project. Alabama is the Worst state to live in for SOFTWARE ENGINEER Salaries. 40 to 50 percent less than our peer States. Show More

The best companies to work for are the ones that are responsive to both their customers' and employees' needs. They are the ones that have tried to be proactive during the pandemic and not just survive until everything got "back to normal." They know that a damaged workforce leads to a damaged company, and so they provide good management, encouraging everyone to be healthy mentally and physically.Show more

The best companies to work for are companies that respect you as a person and not just a cog in the machine. They are inclusive, and they recognize and appreciate diversity. They have a track record of handling sick leave and family leave as needed. They will not expect you to eat dinner in your office and then go back to work after an already long day. All software companies experience crunch times around release dates, but the best companies do not experience constant crunch. That is a sign of poor management. The best companies will give you challenging problems to work on and reward innovation.Show more 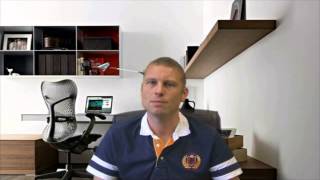 A day in a life of a Senior Software Engineer 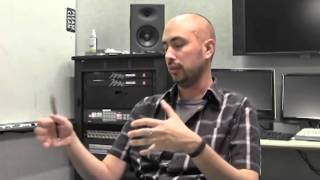 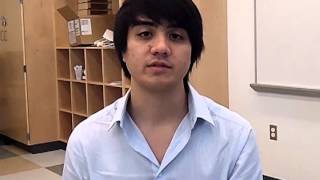