What is a Soldier?

A Soldier is a dedicated and passionate person who works for the armed forces of a state or country. They sacrifice everything for the security of their motherland. Either serving in the air force, navy, or army, they can make around $17.08 per hour, on average. Individuals working on special missions or exercises can have odd and longer working hours. Normal operations demand them to work on standard timing of nine to five.

They participate in various peacekeeping operations in volatile places, fighting in combat war zones, or supporting humanitarian efforts across the globe. Their duties depend on the branch they are working for. They are in the top physical condition and have perfect mental health to fulfill their responsibilities.

Talking about their education, a high school diploma is essential for them. They also need healthy physical and mental conditions as they typically work in harsh working environments. After their selection, they get special training based on their respective branch.

What Does a Soldier Do

There are certain skills that many soldiers have in order to accomplish their responsibilities. By taking a look through resumes, we were able to narrow down the most common skills for a person in this position. We discovered that a lot of resumes listed communication skills, good judgment and observation skills.

How To Become a Soldier

If you're interested in becoming a soldier, one of the first things to consider is how much education you need. We've determined that 25.6% of soldiers have a bachelor's degree. In terms of higher education levels, we found that 3.0% of soldiers have master's degrees. Even though some soldiers have a college degree, it's possible to become one with only a high school degree or GED.

Learn More About How To Become a Soldier
Most Common Career Paths
Cost Soldier Manager
Average Salary
$36,491
Top Soldier Jobs Near You

In addition to switching up your job search, it might prove helpful to look at a career path for your specific job. Now, what's a career path you ask? Well, it's practically a map that shows how you might advance from one job title to another. Our career paths are especially detailed with salary changes. So, for example, if you started out with the role of security officer you might progress to a role such as driver eventually. Later on in your career, you could end up with the title superintendent.

Average Salary for a Soldier

States With The Most Soldier Jobs

Mouse over a state to see the number of active soldier jobs in each state. The darker areas on the map show where soldiers earn the highest salaries across all 50 states.

Number Of Soldier Jobs By State

Top Skills For a Soldier

The skills section on your resume can be almost as important as the experience section, so you want it to be an accurate portrayal of what you can do. Luckily, we've found all of the skills you'll need so even if you don't have these skills yet, you know what you need to work on. Out of all the resumes we looked through, 27.5% of soldiers listed us army on their resume, but soft skills such as communication skills and good judgment are important as well.

Zippia allows you to choose from different easy-to-use Soldier templates, and provides you with expert advice. Using the templates, you can rest assured that the structure and format of your Soldier resume is top notch. Choose a template with the colors, fonts & text sizes that are appropriate for your industry.

Advertising Disclosure  The courses listed below are affiliate links. This means if you click on the link and purchase the course, we may receive a commission.
Transformational Leadership: Leadership Development Training
4.4
(411)

This is a comprehensive Algebra based Mechanics course in physics specifically covering topics of Kinematics...

How Do Soldier Rate Their Jobs?

Most Common Employers For Soldier 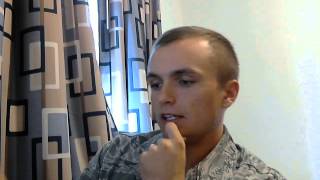 How the Military Pay Works (BENEFITS)