The Culture At Southern

Information provided by the company
PowerSecure, a Southern Company subsidiary, is a leading provider of innovative energy solutions to electric utilities and their industrial, institutional, and commercial customers. PowerSecure provides energy solutions in the areas of distributed energy infrastructure and energy efficiency.
Show More
Southern Company and its subsidiaries are leading the nation's nuclear renaissance through the construction of the first new nuclear units to be built in a generation of Americans and are demonstrating their commitment to energy innovation through the development of a state-of-the-art coal gasification plant. Southern Company has been recognized by the U. S. Department of Defense and G. I.
Show More
Through an industry-leading commitment to innovation and a low-carbon future, Southern Company and its subsidiaries develop the customized energy solutions our customers and communities require to drive growth and prosperity. Our uncompromising values ensure we put the needs of those we serve at the center of everything we do and govern our business to the benefit of our world.
Show More
Georgia Power focuses on delivering world-class service to its customers every day and the Company is consistently recognized by J. D. Power and Associates as an industry leader in customer satisfaction.
Jobs magazine, DiversityInc, Black Enterprise, Forbes and the Women's Choice Award.

Southern Company is an American gas and electric utility holding company based in the southern United States.
The staff at Southern come from unusually diverse demographic backgrounds. The company is 46.0% female and 39.6% ethnic minorities. Despite its diversity in other areas, Southern employees are noticeably lacking in political diversity. It has an unusually high proportion of employees who are members of the Republican Party, at 67.0%. Employees seem to enjoy working in an otherwise diverse workplace that is dominated by members of the Republican Party. Southern has great employee retention with staff members usually staying with the company for 5.0 years. The average employee at Southern makes $57,258 per year. Pay at Southern is significantly lower than some of its highest paying competitors, like Global Partners, Pacific Gas and Electric, and Exelon, which pay $77,190, $74,934, and $72,212, respectively.
Southern is an industry leader with 29,000 employees and an annual revenue of $20.4B that is headquartered in Atlanta, GA.

To operate successfully, we balance the earnings interests of shareholders; rates and reliability interests of customers; growth and impact interests of communities; and policy interests of regulators. With financial success, we have the operating income to meet our environmental, workplace, and community responsibilities.

The type of work I was doing

Some of the people aren’t good people

Get together as a company
Anonymous review of Southern

Do you work at Southern? Rate Southern as an Employer.

How would you rate working at Southern?

The Team At Southern

Southern is ranked #63 on the Best Companies to Work For in Georgia list. Zippia's Best Places to Work lists provide unbiased, data-based evaluations of companies. Rankings are based on government and proprietary data on salaries, company financial health, and employee diversity.

Research Summary. Using a database of 30 million profiles, Zippia estimates demographics and statistics for Southern. Our estimates are verified against BLS, Census, and current job openings data for accuracy. After extensive research and analysis, Zippia's data science team found that:

Do you Work At Southern? 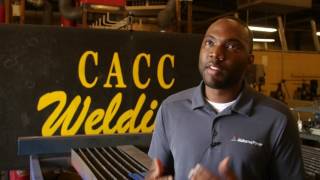 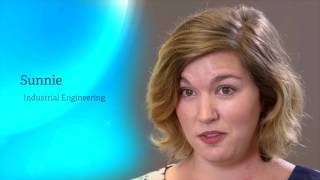 Students are building the future of energy at Southern Company

How Would You Rate The Company Culture Of Southern?

Have you worked at Southern? Help other job seekers by rating Southern.

When was Southern founded?

How many Employees does Southern have?

How much money does Southern make?

Southern generates $20.4B in revenue.

What industry is Southern in?

Southern is in the energy, telecom industry.

What is Southern's mission?

Southern's mission statement is "To operate successfully, we balance the earnings interests of shareholders; rates and reliability interests of customers; growth and impact interests of communities; and policy interests of regulators. With financial success, we have the operating income to meet our environmental, workplace, and community responsibilities."

What type of company is Southern?

Southern is a public company.

Who are Southern's competitors?

Who works at Southern?

Are You An Executive, HR Leader, Or Brand Manager At Southern?

Most Common Jobs At Southern

Zippia gives an in-depth look into the details of Southern, including salaries, political affiliations, employee data, and more, in order to inform job seekers about Southern. The employee data is based on information from people who have self-reported their past or current employments at Southern. The data on this page is also based on data sources collected from public and open data sources on the Internet and other locations, as well as proprietary data we licensed from other companies. Sources of data may include, but are not limited to, the BLS, company filings, estimates based on those filings, H1B filings, and other public and private datasets. While we have made attempts to ensure that the information displayed are correct, Zippia is not responsible for any errors or omissions or for the results obtained from the use of this information. None of the information on this page has been provided or approved by Southern. The data presented on this page does not represent the view of Southern and its employees or that of Zippia.