What is a Squad Leader?

Do you want to lead a team in combat? If you've got good marksmanship, weapon handling, leadership skills, values, and attributes to prepare a platoon for their wartime mission, then pursuing a career in the military as a squad leader can give you an edge. Generally, a squad leader is a tactical center of a team, who leads the maneuvers of his/her /her squad to ensure mission objectives are accomplished on time. The military is an incredible organization that brings you a sense of duty, discipline, honor, courage, hard work, and determination. Being in the military allows you to have a sense of purpose that is fulfilling and full of patriotism, where you learn what it takes to be a leader. Not only that, but becoming a squad leader brings you plenty of benefit packages, such as lucrative wages, 30 vacation days, comprehensive healthcare, housing, cash allowances, education expenses, family services, and even retirement support after you serve.

As a squad leader, your prime duty is to supervise and manage the first-line supervisors and soldiers within the squad. Your squad typically consists of nine to ten soldiers that make up two to three fire teams each. As a squad leader, your core responsibility is to enforce discipline and ensure each member of your unit abides by the military standards. Leading your squad, you may get the opportunity to lead by example, disseminate, and execute orders on a mission. Other than leadership, as a squad leader, you may keep track of equipment, regulate its maintenance, and ensure the proper arming of your soldiers during defensive, offensive, stability, and all kinds of amphibious operations. As a squad leader, your job is more than just leading a team. You are the one who dedicates yourself to the careers and success of your soldiers by taking the responsibility of their counseling, job shadowing, and one-on-one mentoring whenever they need it. This perseverance and dedication makes a squad leader role stand out from all other professionals.

If you aspire to become a squad leader, you may need a bachelor's degree or equivalent credentials. But you might be able to get this role with a high school diploma, if you've got experience or training in military services. To be a successful squad leader, you must have mental preparedness, physical fitness, strong leadership skills, and a concrete skill-set to respond in stressful situations while coordinating your squad's actions and movements. Leading a small military unit or platoon, you may work regular hours, travel within a working day, and overseas work or travel may come frequently too. While working in military services, your salaries are usually rank based. As a squad leader, you may earn an average annual salary of $33,298. You may expect to earn more while progressing through various military ranks. Not only that, but a career in military service may bring advancement opportunities. With more experience and the acquisition of a military skill-set, you may expect promotion to higher ranks of army supervisors or platoon sergeants and may lead the way!

What Does a Squad Leader Do

How To Become a Squad Leader

As you move along in your career, you may start taking on more responsibilities or notice that you've taken on a leadership role. Using our career map, a squad leader can determine their career goals through the career progression. For example, they could start out with a role such as supervisor, progress to a title such as manager and then eventually end up with the title program manager.

Average Salary for a Squad Leader

States With The Most Squad Leader Jobs

Mouse over a state to see the number of active squad leader jobs in each state. The darker areas on the map show where squad leaders earn the highest salaries across all 50 states.

Top Skills For a Squad Leader

Zippia allows you to choose from different easy-to-use Squad Leader templates, and provides you with expert advice. Using the templates, you can rest assured that the structure and format of your Squad Leader resume is top notch. Choose a template with the colors, fonts & text sizes that are appropriate for your industry.

Online Courses For Squad Leader That You May Like

Advertising Disclosure  The courses listed below are affiliate links. This means if you click on the link and purchase the course, we may receive a commission.
Management and Leadership - Modern Leaders Training
4.6
(1,602)

Tools and practical skills for the modern leader...

How Do Squad Leader Rate Their Jobs?

Most Common Employers For Squad Leader 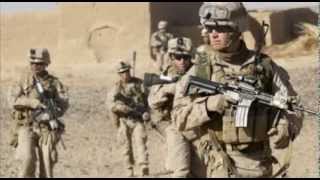 Into the Mind of an Infantry Squad Leader 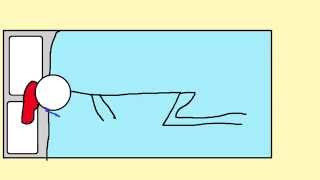 Planetside 2 - Day in the Life of a Platoon Leader 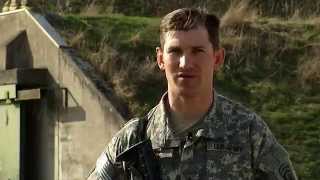 Being A Good Leader Of Soldiers