At Stackify, they understand their culture so thoroughly, their COO has written an entire guide on the subject.

The article, titled "5 Principles for a Developer Team Culture that Wins," was written by Craig Ferril, the company's COO. The guide begins by explaining that tech companies need to continue to innovate their culture beyond just fun perks.

Instead, what should be most important to a tech company's culture, is feeling like you 'fit in' and that you're doing rewarding work. And Stackify tries its best to make sure the people they bring into their family are already in the same mindset.

"Amazing employees help make customers superstars in their jobs," Ferril said. "Customers' success becomes the business's success. Therefore, leadership works in service of the employees, so that they may do amazing work on behalf of our customers."

And that, in a nutshell, guides Stackify's unyielding culture. 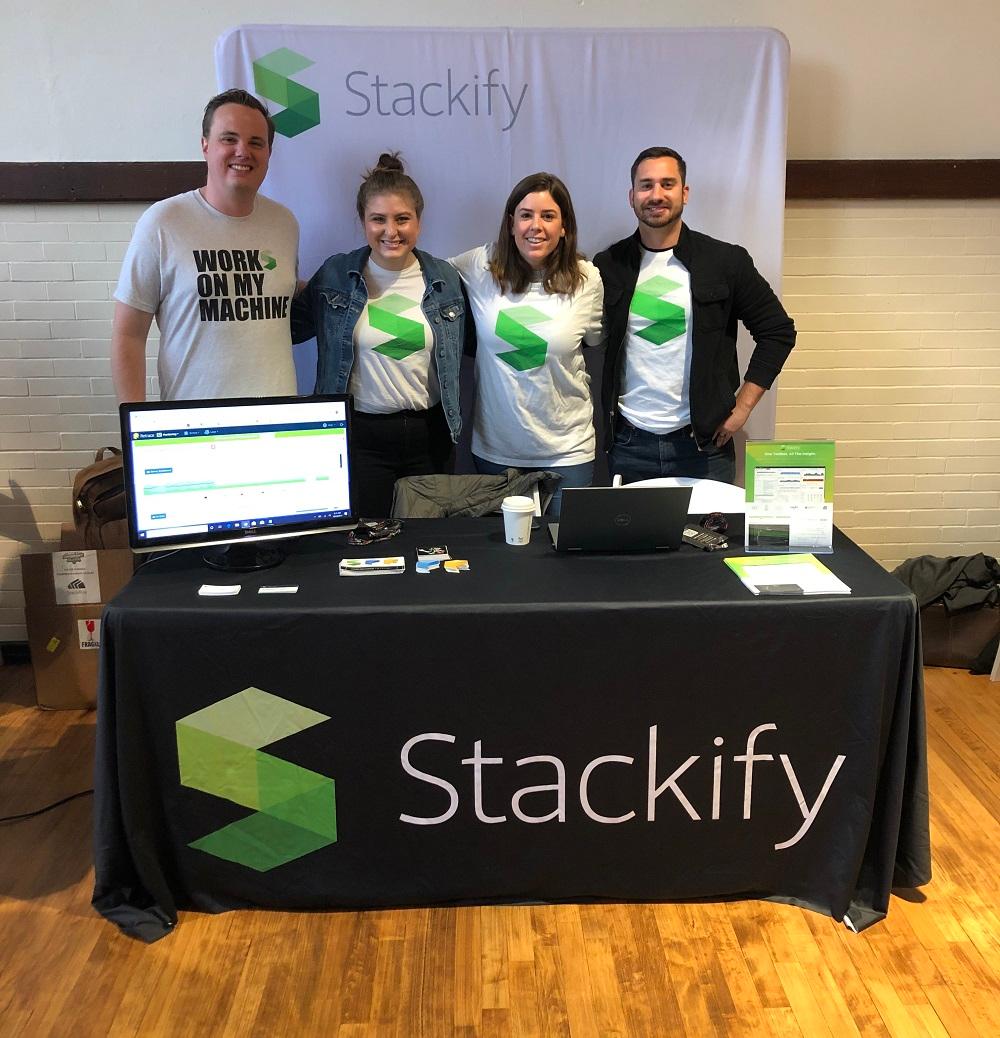 A New Way of Looking at App Development

Based in the heart of the expanding Kansas City metro area, Stackify was founded in Leawood, Kansas in 2012 by CEO Matt Watson as a way to help app developers get more insight into their own code. Stackify remains focused on Continuous Application Improvement (CAI) today to improve developer teams and their applications by providing a continuous feedback loop at each step of the Software Development Lifecycle (SDLC).

Based on Stackify's company philosophy, their culture is guided by the belief that the people ARE the culture. And that begins with making the right hires from the outset. Hires are guided by both leadership and the employees.

"One thing we ask when we hire people is, 'Will this person take ownership of their role?' " said Director of Marketing Alexandra Altvater. "Our people are stewards for their own jobs. We never have to worry if people will do their jobs or not - they just do it. But at the same time, of course, we want to work with people who are humans. Not robots."

At Stackify, this ownership mindset is referred to as an employee's 'Ownership Quotient' or, simply, 'OQ.'

As Ferril says in his company guide: "I want the kinds of people who make it fun to come to the office, who I can trust, who want to do great work, and who want to collaborate to build something special."

And as Ferril stated. "We treat our people how we would want to be treated if the roles were reversed."

"We aren't perfect, we get it wrong at times because we're human," Ferril said. "But we own our mistakes. We shine the spotlight on others. We lead with equal measures of humility and courage. We do things our own way instead of following everything we've seen elsewhere that didn't work, and we always remember that the people who work at Stackify are the center of our universe."

And perhaps one reason there's so much cohesion here: It's evident that when there's a breakdown, leadership is the first to take the blame. "It's always the bozos up top that are your weakest link," Ferril says.

Employees at Stackify communicate proactively. They spend time sharing what's going on, celebrating team wins, addressing challenges, charting the course ahead, and generally just making sure everyone has their finger on the pulse of what's going. 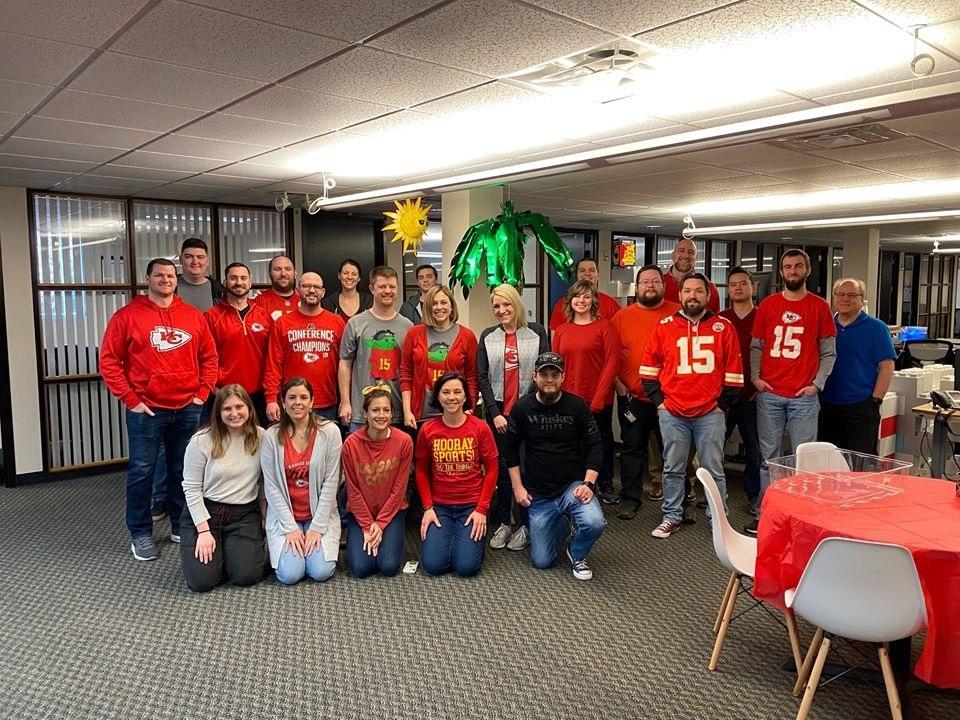 Stackify is Also A Fun Place To Be

Employees help create the internal culture here at Stackify, which, as you can imagine, creates a very favorable workplace.

"We don't take life so seriously here," Altvater said. "We're not doing brain surgery here. If something fails - it's okay as long as we learn from it - no one is dying. It's okay to laugh and have fun and learn along the way."

Company bonding events and other fun happenings aren't guided from the top. Employees plan their own fun things. An example was a recent company "Souper Bowl" party when they brought in their favorite soup and everyone wore their Chiefs colors to celebrate the Kansas City Chiefs Super Bowl game.

Ferril sums it up here: "We have a hiring process that consistently selects talented people who have a high "ownership" DNA, and we entrust them with meaningful work that helps our customers and, therefore, propels the business forward. We work hard to build bi-directional trust - not just expecting people to be trustworthy, but also working hard to earn it through regular, transparent communication and through our actions."

Who wouldn't want to work for a company like that? 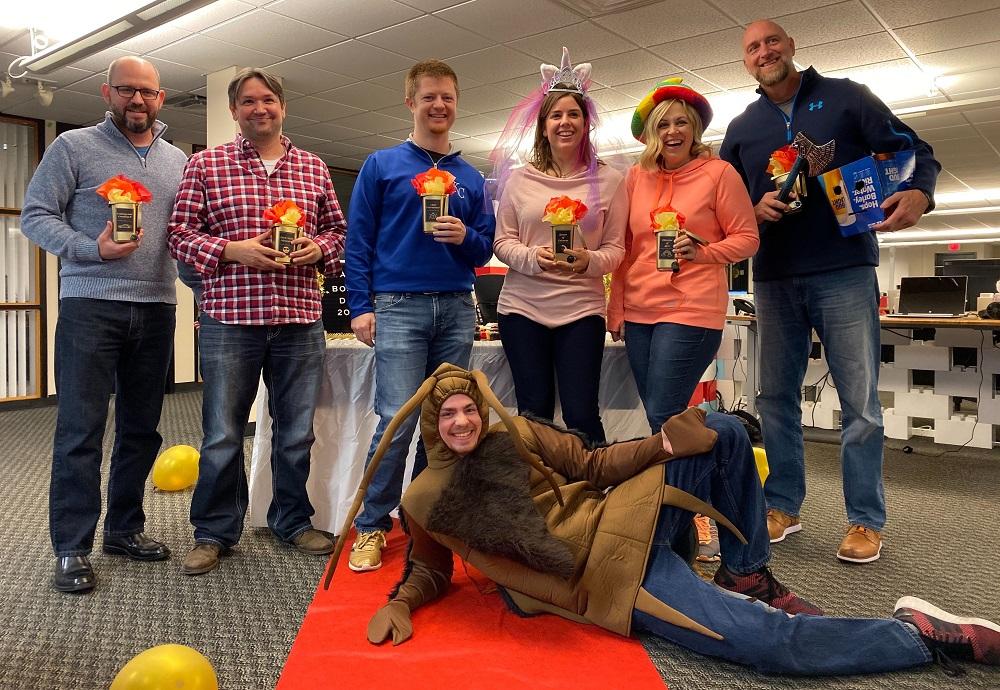 The team at Stackify

What do people say about Stackify

You can find out what it is like to work at Stackify, also known as STACKIFY LLC, STACKIFY, LLC, Stackify and Stackify LLC.

Zippia gives an in-depth look into the details of Stackify, including salaries, political affiliations, employee data, and more, in order to inform job seekers about Stackify. The employee data is based on information from people who have self-reported their past or current employments at Stackify. While we have made attempts to ensure that the information displayed are correct, Zippia is not responsible for any errors or omissions, or for the results obtained from the use of this information. The data presented on this page does not represent the view of Stackify and its employees or that of Zippia.