State Street Corporation is an American financial services and bank holding company headquartered at One Lincoln Street in Boston with operations worldwide. It is the second United States bank on the list of oldest banks in continuous operation; its predecessor, Union Bank, was founded in 1792.
The staff at State Street come from unusually diverse demographic backgrounds. The company is 34.1% female and 40.7% ethnic minorities. The diversity in State Street employees extends to employee political beliefs. Its employees are politically diverse and represent a balanced blend of political orientations, with 47.6% Democrats and 52.4% Republicans. Despite their political differences, employees at State Street seem to be happy. The company has great employee retention with staff members usually staying for 4.0 years. The average employee at State Street makes $96,230 per year. In comparison, some of its highest paying competitors, like Morgan Stanley, Charles Schwab, and Goldman Sachs, pay $119,629, $108,428, and $105,030, respectively.
State Street is an industry leader with 40,142 employees and an annual revenue of $12.0B that is headquartered in Boston, Massachusetts.

The Team At State Street

The Culture At State Street

Information provided by the company
For us, success comes from the impact our employees have - on our clients, our communities and each other.. We're committed to providing an inclusive environment where all employees feel valued and supported.
This opportunity is on a growing highly open team looking to build innovative client service model.
Intellectual curiosity and genuine interest in the industry and capital markets
Motivated self-starter.
Potential opportunity for business travel.
Show More

Pay is abysmal, they would rather outsource your work than pay you a fair wage. Show More

How would you rate working at State Street?

What do you like about working for State Street?

State Street is ranked #21 on the Best Finance Companies to Work For in Massachusetts list. Zippia's Best Places to Work lists provide unbiased, data-based evaluations of companies. Rankings are based on government and proprietary data on salaries, company financial health, and employee diversity.

The average employee at State Street earns a yearly salary of $96,254 per year, but different jobs can earn drastically different salaries.

A typical senior associate salary at State Street is $132,659 per year.

Do you Work At State Street? 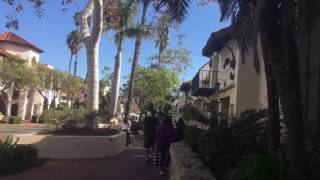 8.7
Performance Score
We calculated the performance score of companies by measuring multiple factors, including revenue, longevity, and stock market performance.

How Would You Rate The Company Culture Of State Street?

The average salaries at Morgan Stanley rank the highest, with their employees earning an average salary of $119,634 per year.

The employees at Charles Schwab earn an average yearly salary of $109,044 per year, and the salaries at Goldman Sachs average $104,877 per year.

How many Employees does State Street have?

How much money does State Street make?

State Street generates $12.0B in revenue.

What industry is State Street in?

State Street is in the financial services industry.

What is State Street's mission?

What type of company is State Street?

State Street is a public company.

Who are State Street's competitors?

Who works at State Street?

Where is State Street's headquarters?

Are You An Executive, HR Leader, Or Brand Manager At State Street?

Zippia gives an in-depth look into the details of State Street, including salaries, political affiliations, employee data, and more, in order to inform job seekers about State Street. The employee data is based on information from people who have self-reported their past or current employments at State Street. While we have made attempts to ensure that the information displayed are correct, Zippia is not responsible for any errors or omissions, or for the results obtained from the use of this information. The data presented on this page does not represent the view of State Street and its employees or that of Zippia.