How to Become a Still Worker Helper

What is a Still Worker Helper

There is more than meets the eye when it comes to being a Still Worker Helper. For example, did you know that they make an average of $14.93 an hour? That's $31,048 a year!

What Does a Still Worker Helper Do

How To Become a Still Worker Helper

Still Workers Helper in America make an average salary of $31,048 per year or $15 per hour. The top 10 percent makes over $45,000 per year, while the bottom 10 percent under $21,000 per year.
Average Salary
$31,048
Find Your Salary Estimate
How much should you be earning as an Still Worker Helper? Use Zippia's Salary Calculator to get an estimation of how much you should be earning.

Zippia allows you to choose from different easy-to-use Still Worker Helper templates, and provides you with expert advice. Using the templates, you can rest assured that the structure and format of your Still Worker Helper resume is top notch. Choose a template with the colors, fonts & text sizes that are appropriate for your industry. 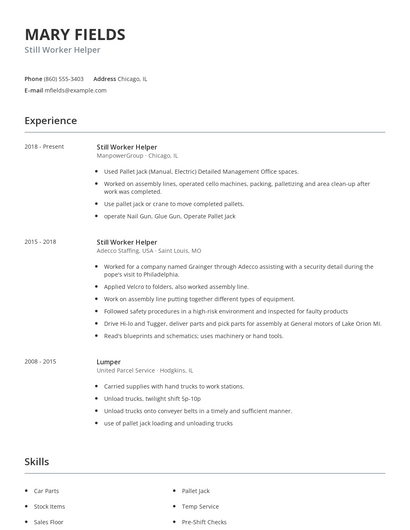 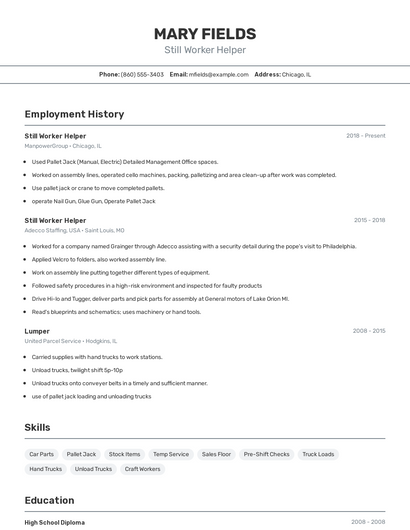 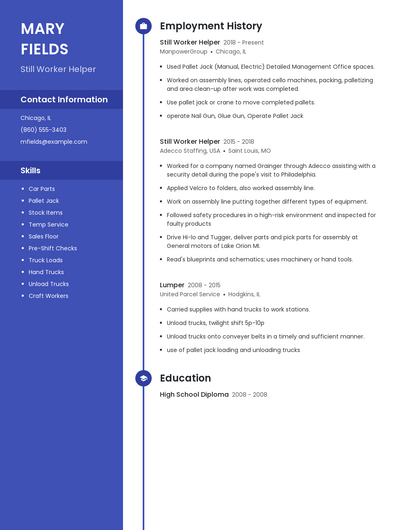 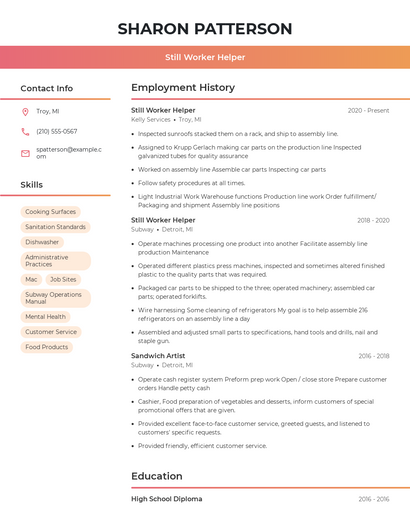 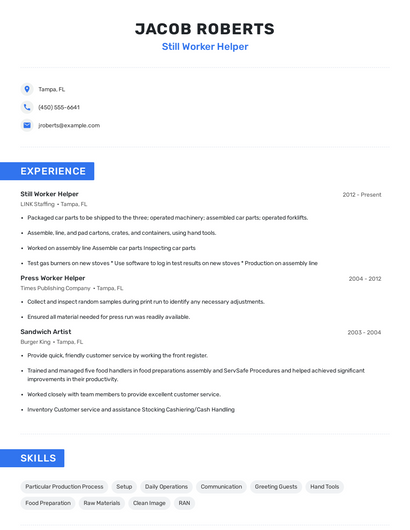 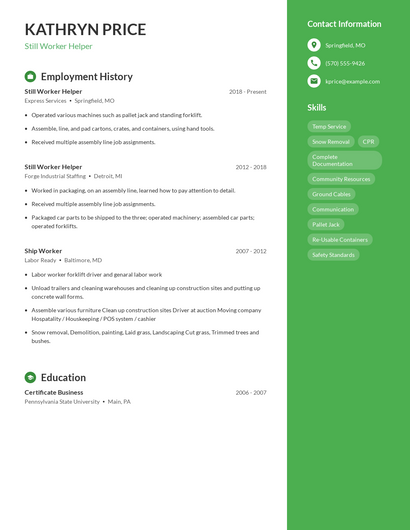 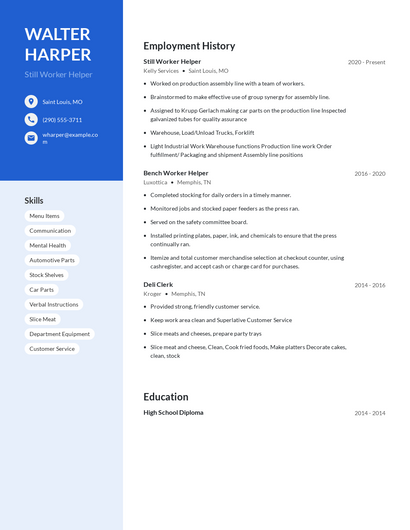 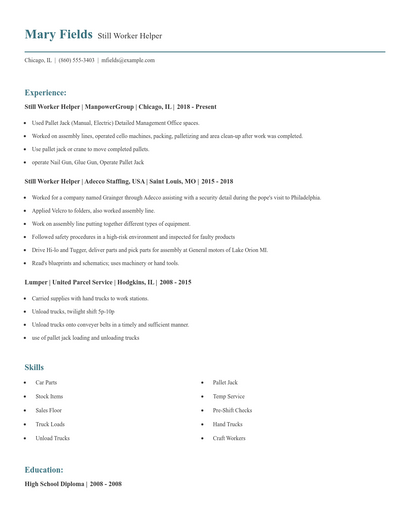 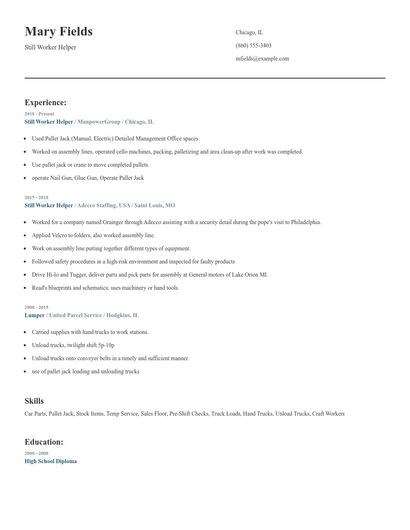 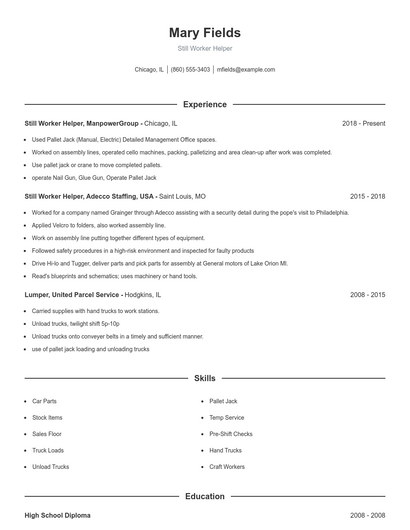 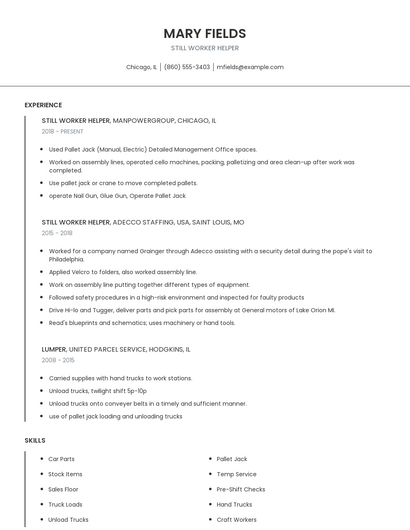 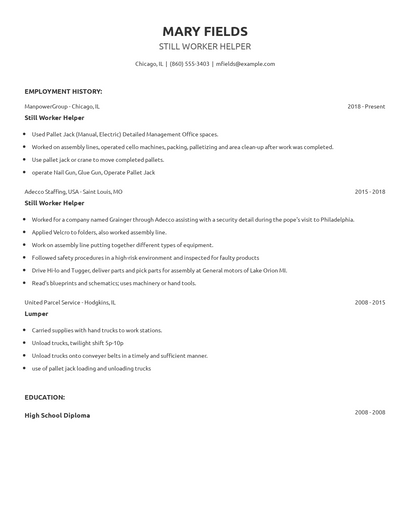 Find the best Still Worker Helper job for you

Find the best Still Worker Helper job for you

Online Courses For Still Worker Helper That You May Like

This course is about caring for and educating children (and youth) with severe to profound intellectual disability. We use the idea of 'circles' to position the child at the center of the many levels of support needed. Around the child are circles of care and education - such as the parents, family, friends, caregivers, educators, health care workers and others such as neighbors, business owners and community members. Each one has an important role to play in the life of a person with an intelle...

How Do Still Worker Helper Rate Their Jobs?