Hardware engineers don't often work alone. Instead, they work full-time in research labs and tech firms. They work alongside software engineers and other professionals in designing and testing developed hardware.

A hardware engineer makes blueprints and other models before starting the buildup process using the project specifications. They test components and modify them as necessary throughout the development process.

System Hardware Engineers often use the tools like Altium Designer, C++, Verilog, Linux, etc. They are often required to have at least a bachelor's degree in a related field to qualify for the job.

A system hardware engineer must have analytical, teamwork, multitasking, critical thinking, and problem-solving skills. They are paid roughly $115,000 annually, with the salary ranging from $66,000 to $177,000.


There is more than meets the eye when it comes to being a system hardware engineer. For example, did you know that they make an average of $50.0 an hour? That's $104,009 a year!

What Does a System Hardware Engineer Do

There are certain skills that many system hardware engineers have in order to accomplish their responsibilities. By taking a look through resumes, we were able to narrow down the most common skills for a person in this position. We discovered that a lot of resumes listed analytical skills, communication skills and problem-solving skills.

When it comes to searching for a job, many search for a key term or phrase. Instead, it might be more helpful to search by industry, as you might be missing jobs that you never thought about in industries that you didn't even think offered positions related to the system hardware engineer job title. But what industry to start with? Most system hardware engineers actually find jobs in the technology and manufacturing industries.

How To Become a System Hardware Engineer

As you move along in your career, you may start taking on more responsibilities or notice that you've taken on a leadership role. Using our career map, a system hardware engineer can determine their career goals through the career progression. For example, they could start out with a role such as senior hardware engineer, progress to a title such as senior electrical engineer and then eventually end up with the title senior engineering manager.

System Hardware Engineers in America make an average salary of $104,009 per year or $50 per hour. The top 10 percent makes over $134,000 per year, while the bottom 10 percent under $80,000 per year.
Average Salary
$104,009
Find Your Salary Estimate
How much should you be earning as an Architect? Use Zippia's Salary Calculator to get an estimation of how much you should be earning.

Online Courses For System Hardware Engineer That You May Like

This is a self-paced course that provides an Introduction to Computer Hardware and Operating Systems This course will cover topics including: Fundamentals of system hardware Introduction to OS concepts OS processes and threads Thread concurrency and deadlocks Memory management Coaching If you are enrolled in the verified track (paid track) in any course that is a part of a MicroBachelors program, including this course, you are eligible for coaching at no additional cost. Please note that...

This course can also be taken for academic credit as ECEA 5360, part of CU Boulder's Master of Science in Electrical Engineering degree. Programmable Logic has become more and more common as a core technology used to build electronic systems. By integrating soft-core or hardcore processors, these devices have become complete systems on a chip, steadily displacing general purpose processors and ASICs. In particular, high performance systems are now almost always implemented with FPGAs. This cours...

The objective of this course is to acquire proficiency with Field Programmable Gate Arrays (FPGA)s for the purpose of creating prototypes or products for a variety of applications. Although FPGA design can be a complex topic, we will introduce it so that, with a little bit of effort, the basic concepts will be easily learned, while also providing a challenge for the more experienced designer. We will explore complexities, capabilities and trends of Field Programmable Gate Arrays (FPGA) and Compl...

The skills section on your resume can be almost as important as the experience section, so you want it to be an accurate portrayal of what you can do. Luckily, we've found all of the skills you'll need so even if you don't have these skills yet, you know what you need to work on. Out of all the resumes we looked through, 7.6% of system hardware engineers listed system design on their resume, but soft skills such as analytical skills and communication skills are important as well.

Some places are better than others when it comes to starting a career as a system hardware engineer. The best states for people in this position are California, Washington, New Mexico, and Rhode Island. System hardware engineers make the most in California with an average salary of $110,209. Whereas in Washington and New Mexico, they would average $103,569 and $102,204, respectively. While system hardware engineers would only make an average of $102,129 in Rhode Island, you would still make more there than in the rest of the country. We determined these as the best states based on job availability and pay. By finding the median salary, cost of living, and using the Bureau of Labor Statistics' Location Quotient, we narrowed down our list of states to these four.

Total System Hardware Engineer Jobs:
1,202
Highest 10% Earn:
$145,000
Location Quotient:
1.52
Location Quotient is a measure used by the Bureau of Labor Statistics (BLS) to determine how concentrated a certain industry is in a single state compared to the nation as a whole. You can read more about how BLS calculates location quotients here

Total System Hardware Engineer Jobs:
5,940
Highest 10% Earn:
$158,000
Location Quotient:
1.88
Location Quotient is a measure used by the Bureau of Labor Statistics (BLS) to determine how concentrated a certain industry is in a single state compared to the nation as a whole. You can read more about how BLS calculates location quotients here

Total System Hardware Engineer Jobs:
175
Highest 10% Earn:
$143,000
Location Quotient:
0.83
Location Quotient is a measure used by the Bureau of Labor Statistics (BLS) to determine how concentrated a certain industry is in a single state compared to the nation as a whole. You can read more about how BLS calculates location quotients here

How Do System Hardware Engineer Rate Their Jobs? 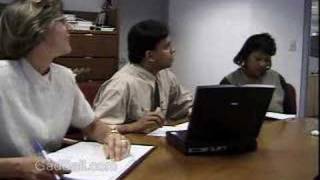 What Do Computer Hardware Engineers Do?