Find The Best Technical Director Jobs For You

Being a technical director, you may supervise and oversee overall operations, administrative tasks, and all the aspects of technical direction regarding lighting, sound, and equipment. As the highest position among the technical staff, overseeing and managing the different technology departments, you may serve a dual role, sometimes acting as a technical expert or an advisor, and others as a project coordinator.

Besides this, at most theaters or companies, you may help prepare production budgets, hire or oversee technical staff, attend weekly rehearsals, and work independently to maintain the technical operations. To get a position as a technical director, you don't necessarily require a degree. It is possible to get the role of a technical director without earning any formal qualifications. However, most employers prefer a candidate having extensive experience in the relevant field.

To be successful as a technical director, you must demonstrate a high technical aptitude, strong interpersonal skills and leadership skills, and an ability to troubleshoot, manage, and introduce new applications into the workplace. Most commonly, your working hours in a production industry follow regular business hours, but this may be a rarity. As an innovative officer, you might need to be on-call for events and performances, making night and weekend work a regular occurrence.

A career as a technology director brings you the recognition that comes along with a prestigious, integral position, career satisfaction, and a never-dull work environment, where your decisions matter. Working as a technical director, you may also get an outstanding opportunity to learn about and work with multiple facets of technology, such as engineering, software departments, theater, films, or broadcasting companies. Not only that, but a career as a technical director is one of the top 25% highest paid careers.

Being a technical director, you may make, on average, an attractive amount of $119,315 per year. You may also receive additional health benefits, paid vacations, and bonuses, depending on your work. Above all other perks of the technical director position is the job growth rate, projected to grow five percent from 2018 to 2028, about as fast as the average for all occupations. It means that more work opportunities and potential jobs might be available in the technical area for you.

What Does a Technical Director Do

Producers and directors typically do the following:

Similarly, large productions usually employ several assistant directors, who help the director with tasks such as making set changes or notifying the performers when it is their time to go onstage. The specific responsibilities of assistant producers or directors vary with the size and type of production they work on.

Producers make the business and financial decisions for a motion picture, TV show, commercial, or stage production. They raise money for the project and hire the director and crew. The crew may include set and costume designers, film and video editors, a musical director, a choreographer, and other workers. Some producers may assist in the selection of cast members. Producers set the budget and approve any major changes to the project. They make sure that the production is completed on time, and they are ultimately responsible for the final product.

Directors are responsible for the creative decisions of a production. They select cast members, conduct rehearsals, and direct the work of the cast and crew. During rehearsals, they work with the actors to help them more accurately portray their characters. For nonfiction video, such as documentaries or live broadcasts, directors choose topics or subjects to film. They investigate the topic and may interview relevant participants or experts on camera. Directors also work with cinematographers and other crew members to ensure the final product matches the overall vision.

Directors work with set designers, costume designers, location scouts, and art directors to build a project’s set. During a film’s postproduction phase, they work closely with film editors and music supervisors to make sure that the final product comes out the way the producer and director envisioned. Stage directors, unlike television or film directors who document their product with cameras, make sure the cast and crew give a consistently strong live performance. For more information, see the profiles on actors, writers and authors, film and video editors and camera operators, dancers and choreographers, and multimedia artists and animators.

Although directors are in charge of the creative aspects of a show, they ultimately answer to producers. Some directors also share producing duties for their own films.

How To Become a Technical Director

Most producers and directors have a bachelor’s degree and several years of work experience in an occupation related to motion picture, TV, or theater production, such as an actor, film and video editor, or cinematographer.

Producers and directors usually have a bachelor’s degree. Many students study film or cinema at colleges and universities. In these programs, students learn about film history, editing, screenwriting, cinematography, and the filmmaking process. Others major in writing, acting, journalism, or communication. Some producers earn a degree in business, arts management, or nonprofit management.

Many stage directors complete a degree in theater and some go on to receive a Master of Fine Arts (MFA) degree. Classes may include directing, playwriting, set design, and acting. As of May 2015, the National Association of Schools of Theatre accredited more than 180 programs in theater arts.

Work Experience in a Related Occupation

Producers and directors might start out working in a theatrical management office as a business or company manager. In television or film, they might start out as an assistant or another low-profile studio job.

As a producer’s or director’s reputation grows, he or she may work on larger projects that attract more attention or publicity.

Communication skills. Producers and directors must coordinate the work of many different people to finish a production on time and within budget.

Creativity. Because a script can be interpreted in different ways, directors must decide how they want to interpret it and then how to represent the script’s ideas on the screen or stage.

Leadership skills. A director instructs actors and helps them portray their characters in a believable manner. They also supervise the crew, who are responsible for the behind the scenes work.

Time-management skills. Producers must find and hire the best director and crew for the production. They make sure that all involved do their jobs effectively, keeping within a production schedule and a budget.

As you move along in your career, you may start taking on more responsibilities or notice that you've taken on a leadership role. Using our career map, a technical director can determine their career goals through the career progression. For example, they could start out with a role such as information technology director, progress to a title such as senior director of information & technology and then eventually end up with the title senior director of information & technology.

Average Salary for a Technical Director

Designing and figuring out what to include on your resume can be tough, not to mention time-consuming. That's why we put together a guide that is designed to help you craft the perfect resume for becoming a Technical Director. If you're needing extra inspiration, take a look through our selection of templates that are specific to your job.

Learn How To Write a Technical Director Resume

At Zippia, we went through countless Technical Director resumes and compiled some information about how best to optimize them. Here are some suggestions based on what we found, divided by the individual sections of the resume itself.

Top Skills For a Technical Director

The skills section on your resume can be almost as important as the experience section, so you want it to be an accurate portrayal of what you can do. Luckily, we've found all of the skills you'll need so even if you don't have these skills yet, you know what you need to work on. Out of all the resumes we looked through, 11.9% of technical directors listed business development on their resume, but soft skills such as creativity and communication skills are important as well.

Best States For a Technical Director

Some places are better than others when it comes to starting a career as a technical director. The best states for people in this position are Alaska, Hawaii, New York, and New Jersey. Technical directors make the most in Alaska with an average salary of $167,421. Whereas in Hawaii and New York, they would average $155,611 and $140,526, respectively. While technical directors would only make an average of $135,396 in New Jersey, you would still make more there than in the rest of the country. We determined these as the best states based on job availability and pay. By finding the median salary, cost of living, and using the Bureau of Labor Statistics' Location Quotient, we narrowed down our list of states to these four.

Total Technical Director Jobs:
2,147
Highest 10% Earn:
$227,000
Location Quotient:
1.46
Location Quotient is a measure used by the Bureau of Labor Statistics (BLS) to determine how concentrated a certain industry is in a single state compared to the nation as a whole. You can read more about how BLS calculates location quotients here

Total Technical Director Jobs:
103
Highest 10% Earn:
$208,000
Location Quotient:
1.08
Location Quotient is a measure used by the Bureau of Labor Statistics (BLS) to determine how concentrated a certain industry is in a single state compared to the nation as a whole. You can read more about how BLS calculates location quotients here

Total Technical Director Jobs:
1,361
Highest 10% Earn:
$201,000
Location Quotient:
1.24
Location Quotient is a measure used by the Bureau of Labor Statistics (BLS) to determine how concentrated a certain industry is in a single state compared to the nation as a whole. You can read more about how BLS calculates location quotients here

How Do Technical Director Rate Their Jobs? 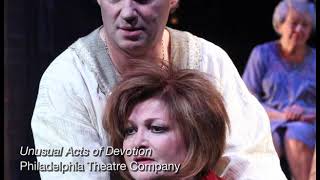 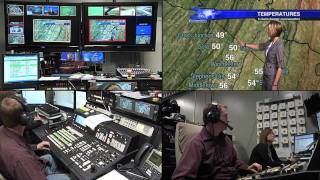 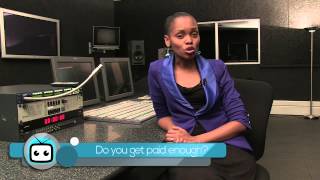