The Culture At BNY Mellon

Information provided by the company
Our commitment to career growth and mobility is at the core of our people oriented culture, as evidenced by our tenured staff. We welcome the opportunity to speak with you!
It's the collective ambition, innovative thinking and exceptionally focused client service paired with a commitment to doing what is right that continues to set us apart. Make your mark: bnymellon.
Newton pride themselves on being an employer of choice, with a flexible working environment and a commitment to diversity and opportunity among its employees.
Do you want to challenge the traditional way of thinking with innovative ideas for better outcomes
Advocates for innovative, creative technology solutions.

The Bank of New York Mellon Corporation, commonly known as BNY Mellon, is an American investment banking services holding company headquartered in New York City.
The staff at BNY Mellon come from unusually diverse demographic backgrounds. The company is 43.3% female and 40.9% ethnic minorities. Despite its diversity in other areas, BNY Mellon employees are noticeably lacking in political diversity. It has an unusually high proportion of employees who are members of the Democratic Party, at 67.0%. Employees seem to enjoy working in an otherwise diverse workplace that is dominated by members of the Democratic Party. BNY Mellon has great employee retention with staff members usually staying with the company for 6.2 years. The average employee at BNY Mellon makes $92,556 per year. Pay at BNY Mellon is significantly lower than some of its highest paying competitors, like Morgan Stanley, BlackRock, and Credit Suisse, which pay $117,587, $108,975, and $107,539, respectively.
BNY Mellon is an industry leader with 48,400 employees and an annual revenue of $16.4B that is headquartered in New York, NY.

We are focused on innovation that powers global investments and helps clients succeed. BNY Mellon has always been at the forefront of technology, leading the way with new applications that help the global capital markets grow and enable people to invest for success.

Working in the finance industry

Room for growth, very professional, excellent benefits and the list goes on.

Laying off staff is the nature of the Banking Business.

Nothing. Itis a terrible place to work

They really have a competitive salary for managers

The Richardson Texas site is like a satellite location and the management is older. They are set in there way and very unfair, unprofessional and manage by threats. The excessive overtime and unprofessional assistant site manager

I love the that they have vacation, and great medical benefits. They also have 401K
Anonymous review of BNY Mellon

Do you work at BNY Mellon? Rate BNY Mellon as an Employer.

How would you rate working at BNY Mellon?

What do you like about working for BNY Mellon?

The Team At BNY Mellon

BNY Mellon is ranked #30 on the Best Companies to Work For in America list. Zippia's Best Places to Work lists provide unbiased, data-based evaluations of companies. Rankings are based on government and proprietary data on salaries, company financial health, and employee diversity.

Do you Work At BNY Mellon? 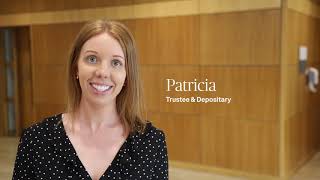 How Would You Rate The Company Culture Of BNY Mellon?

Have you worked at BNY Mellon? Help other job seekers by rating BNY Mellon.

When was BNY Mellon founded?

How many Employees does BNY Mellon have?

How much money does BNY Mellon make?

BNY Mellon generates $16.4B in revenue.

What industry is BNY Mellon in?

BNY Mellon is in the banking financial services industry.

What is BNY Mellon's mission?

BNY Mellon's mission statement is "We are focused on innovation that powers global investments and helps clients succeed. BNY Mellon has always been at the forefront of technology, leading the way with new applications that help the global capital markets grow and enable people to invest for success."

What type of company is BNY Mellon?

BNY Mellon is a public company.

Who are BNY Mellon's competitors?

Who works at BNY Mellon?

Are You An Executive, HR Leader, Or Brand Manager At BNY Mellon?

Most Common Jobs At BNY Mellon

Zippia gives an in-depth look into the details of BNY Mellon, including salaries, political affiliations, employee data, and more, in order to inform job seekers about BNY Mellon. The employee data is based on information from people who have self-reported their past or current employments at BNY Mellon. The data on this page is also based on data sources collected from public and open data sources on the Internet and other locations, as well as proprietary data we licensed from other companies. Sources of data may include, but are not limited to, the BLS, company filings, estimates based on those filings, H1B filings, and other public and private datasets. While we have made attempts to ensure that the information displayed are correct, Zippia is not responsible for any errors or omissions or for the results obtained from the use of this information. None of the information on this page has been provided or approved by BNY Mellon. The data presented on this page does not represent the view of BNY Mellon and its employees or that of Zippia.