Whether your dream is to land freelance gigs from your neighborhood or coffee shop, or you enjoy doing regular work for an employer or agency, pursuing a career as a translator may help you land that dream job. Generally speaking, a translator is a person who converts the written word from one language to another, retaining the meanings possibly clear. Usually, translators convert text from the source language into the target native language.

Translation is a highly meritocratic field, which means there are no fixed career structures nor artificial barriers to promotion, and so if you've got the talent and drive to succeed - the sky is the limit. In addition to this, being a translator offers you versatile and varied work options, high wages, multicultural experience, flexible schedules, and quick career progression.

Becoming a translator, you don't necessarily need a degree - if you've no relevant qualifications but a proven record of excellent language skills, you may still be able to gain translation work. However, getting a bachelor's degree or equivalent certification in specific languages may help boost your resume. To be successful in this role, you must have a keen eye for detail, excellent proofreading skills, and be fluent in at least two languages in addition to your native language.

Familiarity with translation tools and additional certification in linguistics is a big plus. Depending on the setting and type of your assignment, you may have variable working schedules. For in-house jobs, typically, you'll work for full-time office hours. If you work as a freelancer remotely, your hours can be flexible, but you might need to organize your time to meet fixed deadlines. Part-time work or short-term contracts are available too.

Another outstanding benefit of being a translator is that it provides a remarkable opportunity for those who want to work independently or enjoy operating independently. Being a translator, you may take freelance or agency work that offers a chance to build a stable career that isn't reliant on the whims of supervisors or vagaries of the job market.

You may also start your career working as an in-house translator for a translation agency, company, industrial organization, local or international bodies. Whatever the work setting, translators are always in-demand over the globe and earn a competitive salary. While working in a company or organization, generally, you get an average yearly salary of $43,000.

Freelance work may also grant you a handsome amount along with bonuses. Further, with an enthusiasm for learning multiple languages and a willingness to build a strong professional career, you may transform your profession into a fully established company.

What Does a Translator Do

There are certain skills that many translators have in order to accomplish their responsibilities. By taking a look through resumes, we were able to narrow down the most common skills for a person in this position. We discovered that a lot of resumes listed business skills, cultural sensitivity and dexterity.

When it comes to searching for a job, many search for a key term or phrase. Instead, it might be more helpful to search by industry, as you might be missing jobs that you never thought about in industries that you didn't even think offered positions related to the translator job title. But what industry to start with? Most translators actually find jobs in the non profits and professional industries.

How To Become a Translator

As you move along in your career, you may start taking on more responsibilities or notice that you've taken on a leadership role. Using our career map, a translator can determine their career goals through the career progression. For example, they could start out with a role such as editor, progress to a title such as technical writer and then eventually end up with the title senior project manager.

Average Salary for a Translator

Translators in America make an average salary of $42,449 per year or $20 per hour. The top 10 percent makes over $61,000 per year, while the bottom 10 percent under $29,000 per year.
Average Salary
$42,449
Find Your Salary Estimate
How much should you be earning as an Architect? Use Zippia's Salary Calculator to get an estimation of how much you should be earning.

Designing and figuring out what to include on your resume can be tough, not to mention time-consuming. That's why we put together a guide that is designed to help you craft the perfect resume for becoming a Translator. If you're needing extra inspiration, take a look through our selection of templates that are specific to your job.

Learn How To Write a Translator Resume

At Zippia, we went through countless Translator resumes and compiled some information about how to optimize them. Here are some suggestions based on what we found, divided by the individual sections of the resume itself.

Professional translation is a complex process that usually involves collaboration of multiple people. The course will show you how to build this process correctly: analyze content, determine requirements and risks, select appropriate jobs and vendors, evaluate translation quality. You will know why user manuals should not be translated in the same way as you would translate promotional or legal documents. You will see why every content type requires a special translation approach and learn to pr...

Top Skills For a Translator

The skills section on your resume can be almost as important as the experience section, so you want it to be an accurate portrayal of what you can do. Luckily, we've found all of the skills you'll need so even if you don't have these skills yet, you know what you need to work on. Out of all the resumes we looked through, 17.5% of translators listed target language on their resume, but soft skills such as business skills and cultural sensitivity are important as well.

Best States For a Translator

Some places are better than others when it comes to starting a career as a translator. The best states for people in this position are New York, New Jersey, Ohio, and California. Translators make the most in New York with an average salary of $55,483. Whereas in New Jersey and Ohio, they would average $52,521 and $49,984, respectively. While translators would only make an average of $46,823 in California, you would still make more there than in the rest of the country. We determined these as the best states based on job availability and pay. By finding the median salary, cost of living, and using the Bureau of Labor Statistics' Location Quotient, we narrowed down our list of states to these four.

Total Translator Jobs:
30
Highest 10% Earn:
$111,000
Location Quotient:
5.06
Location Quotient is a measure used by the Bureau of Labor Statistics (BLS) to determine how concentrated a certain industry is in a single state compared to the nation as a whole. You can read more about how BLS calculates location quotients here

Total Translator Jobs:
5
Highest 10% Earn:
$74,000
Location Quotient:
0.93
Location Quotient is a measure used by the Bureau of Labor Statistics (BLS) to determine how concentrated a certain industry is in a single state compared to the nation as a whole. You can read more about how BLS calculates location quotients here

Total Translator Jobs:
24
Highest 10% Earn:
$89,000
Location Quotient:
0.53
Location Quotient is a measure used by the Bureau of Labor Statistics (BLS) to determine how concentrated a certain industry is in a single state compared to the nation as a whole. You can read more about how BLS calculates location quotients here

How Do Translator Rate Their Jobs? 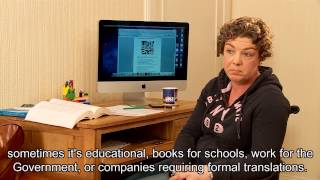 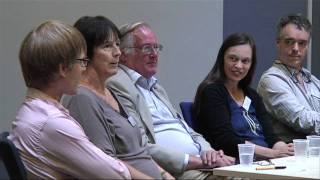 My Life as a Translator