Information provided by the company
We are part of a larger Design, Research, and Content Strategy team that's full of amazingly hardworking and fun people who are passionate about Twitter's ability to help people see beyond themselves and connect with the larger world in a meaningful way. Join us in making our platform safer!
Show More
If so, you should join us. Health is Twitter's top priority and we need your help!
Care about setting up healthy distributed teams and collaborative environments.. Experience building an inclusive engineering culture, with teams that are eager to learn and deeply curious.
We'll both challenge and support you to do the best work of your career. You'll have the opportunity to have a truly global impact, working on a product that touches hundreds of millions of users.
Challenge yourself by working with the best engineers in the industry. Mentor engineers on the team to help them grow.
Show More

As a social media platform, Twitter's main goal is sparking public conversation as a way to connect people, foster a safe debate platform, learn from each other and solve problems. As a member of this team, you'll have an impact on future conversations. Twitter's motto is that while it's not always easy, the work there is worthwhile and meaningful.

Tweeps, otherwise known as Twitter employees, are led in a flexible and autonomous work environment. To keep them on the straight and narrow, the company built a culture around these principles:

There's more to being a Tweep than just being someone who works at Twitter. Being a Tweep means you get to impact the company's future and how it gets there. Along the way, you'll discover who you truly are and discover your best talents. That's because the company believes that empathy, support and flexibility are important keys to seeing each team member succeed.

The Tweeps are talented individuals who are naturally curious about the world. They stick together and learn that it's best to work as a team. Tweeps collaborate and communicate with each other to figure out what the best decisions are for the entire company. When a coworker needs help, Tweeps are the first to step up and show them support. That's how Twitter operates as #OneTeam.

Twitter prides itself on keeping a transparent culture to create trust amongst the team. That's why everyone only ever gets or gives truthful answers. In addition, Twitter celebrates failures as much as it does successes because it believes you're learning either way.

Tweeps also step out of their comfort zones every day in order to continue building a strong culture. They help each other reach goals and seek their full potential through means of mentoring or building tools. Plus, at Twitter, every voice is welcome. The company strives to support a diverse team that's as diverse as the people who use the platform.

Team members are encouraged to speak their minds even if it's not a popular opinion. This keeps conversations honest and open. Twitter is able to foster an honest culture through the respect that team members have for each other. There's always space for debate and disagreement at Twitter so you'll never have to hold your opinions to yourself.

This honest, candid approach starts with the team's leadership who are always asking hard questions and looking for more than one perspective on topics and decisions. These challenging conversations only make the team better and stronger.

Best of all, the company culture is pretty flexible. So while it may be hard at points, it'll also be liberating. Leadership expects you to give work you're all while making sure you get to enjoy other important parts of your life. The flexibility extends to where and when you're most creative and productive. So if you need to work at your local coffee shop at 7 p.m., go for it. Twitter supports night owls and early birds alike.

Tweeps are genuinely great teammates. We know this because of the time and resources they give to help make the company culture what it is today. Through the company's Business Resource Groups (BRGs) Tweeps are able to focus on keeping the culture inclusive and welcoming.

Starting with Twitter Stripes, the group is specifically designed for veterans, service members and military families who work for Twitter. The group hosts events for them and the military community outside of Twitter.

The Twitter Women group supports gender equality and women leadership within the company through professional development, skill-building and networking. Twitter Alas is designed for Latino and Latin American employees with support in leadership opportunities.

Twitter Asians is a group specific to helping Asian employees advance their career within the company through empowerment. Blackbirds is a group of members and allies of the African diaspore aimed at creating an inclusive work culture and enriching communities outside of the company.

The Twitter Able group supports employees with disabilities and their allies in creating a more accessible work environment and platform. Twitter Open is a platform used to educate and include individuals all over the world in being supportive of LGBTQIA Tweeps and people using Twitter. Of course, we can't forget the parents. The Twitter Parents group gives parents the support, information and community to maintain a healthy work/life balance.

It's this supportive environment that really draws Tweeps into working at Twitter. Employees really seem to enjoy the culture and get a lot out of their careers here. Twitter is so much more than just a social media platform. It's an employer of choice for many.

We serve as Twitter, inc. Is to give everyone the power to create and share ideas and information instantly without barriers.

The Inside Scoop
Twitter, Inc. operates as a platform for public self-expression and conversation in real time. Twitter allows users to consume, create, distribute, and discover content and its mobile application Periscope enables users to broadcast and watch video live with others. Twitter has offices in Atlanta, Boston, Boulder, Chicago, Cincinnati, Detroit, Los Angeles, Miami, New York, San Francisco (Headquarters), Seattle, Sunnyvale, Washington. DC along with more than 35 offices worldwide. Twitter was founded in 2006 and is available in more than 35 languages.
Show More

Twitter is ranked #1 on the Best Internet Companies to Work For in America list. Zippia's Best Places to Work lists provide unbiased, data-based evaluations of companies. Rankings are based on government and proprietary data on salaries, company financial health, and employee diversity.

While the average employee salary at Twitter is $125,658, there is a big variation in pay depending on the role. Some of the job titles with high salaries at Twitter are engineering manager, reliability engineer, data scientist, and application software developer. A worker with the title engineering manager salary at Twitter can earn an average yearly salary of $176,890. Some of the other roles at Twitter are marketing internship and graphic designer. A worker with the title marketing internship at Twitter earns an average salary of $33,245 per year.
Job Title
Title 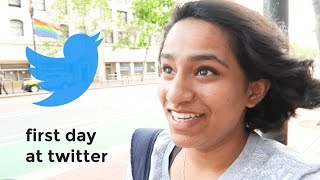 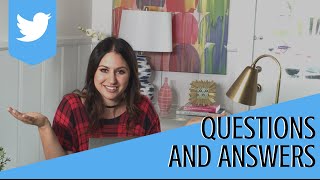 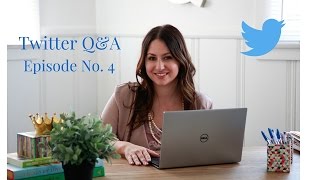 How Would You Rate The Company Culture Of Twitter?

What is Twitter's mission?

Twitter's mission statement is "We serve as Twitter, inc. Is to give everyone the power to create and share ideas and information instantly without barriers."

Who are Twitter's competitors?

Are You An Executive, HR Leader, Or Brand Manager At Twitter?

Zippia gives an in-depth look into the details of Twitter, including salaries, political affiliations, employee data, and more, in order to inform job seekers about Twitter. The employee data is based on information from people who have self-reported their past or current employments at Twitter. While we have made attempts to ensure that the information displayed are correct, Zippia is not responsible for any errors or omissions, or for the results obtained from the use of this information. The data presented on this page does not represent the view of Twitter and its employees or that of Zippia.