The Culture At U.S. Bank

U.S. Bancorp is a diversified financial services holding company, headquartered in Minneapolis, Minnesota. It is the parent company of U.S. Bank, the fifth largest commercial bank in the United States based on assets, with $283 billion in assets. U.S. Bank ranks as the sixth largest bank in the U.S. based on deposits, with $183B in deposits as of December 31, 2009. With 3,002 banking offices and 5,309 ATMs, U.S. Bank's branch network serves 24 states. U.S. Bancorp offers regional consumer and business banking and wealth management services, national wholesale and trust services and global payments services to more than 15.8 million customers. The company employs over 60,000 people.
The staff at U.S. Bank come from unusually diverse demographic backgrounds. The company is 61.2% female and 33.2% ethnic minorities. U.S. Bank employees are slightly more likely to be members of the Republican Party than the Democratic Party, with 59.0% of employees identifying as members of the Republican Party. Despite their political differences, employees at U.S. Bank seem to be happy. The company has great employee retention with staff members usually staying for 4.2 years. The average employee at U.S. Bank makes $43,861 per year. Pay at U.S. Bank is significantly lower than some of its highest paying competitors, like Bank of the West, California Savings Bank, and Elavon, which pay $103,578, $81,375, and $69,076, respectively.
U.S. Bank is an industry leader with 69,651 employees and an annual revenue of $22.1B that is headquartered in Minneapolis, MN.

We put the power of US to work for you.

Perks of Working at U.S. Bank

Employees frequently mention the company's support to life-long learning that helps them achieve their career goals. Aside from that, US Bank also values a healthy work/life balance.

That the internship was only in the summer

That I got to work from home

Great experience, and learning of many banking industries

Large company, not much emphasis on growth in organization

Impersonal , not in my career field

The pay and flexible hours

I enjoy assisting and advocating for customers.

I love the work and home balance

Having been work with various code enforcement in all 50 states

How would you rate working at U.S. Bank?

What do you like about working for U.S. Bank?

The Team At U.S. Bank

The Inside Scoop
Based in Minneapolis, Minnesota, US Bank provides banking, investment, mortgage, trust, and payment services products to individuals, businesses, governmental entities, and other financial institutions. This company has 3,106 branches and 4,842 ATMs, primarily in the Midwestern United States. US Bank also owns Elavon, a processor of credit card transactions.
Show More

U.S. Bank is ranked #19 on the Best Companies to Work For in Minnesota list. Zippia's Best Places to Work lists provide unbiased, data-based evaluations of companies. Rankings are based on government and proprietary data on salaries, company financial health, and employee diversity.

On average, employees at U.S. Bank stay with the company for 4.2 years. Employees most commonly join U.S. Bank after leaving Wells Fargo. When they leave U.S. Bank, they most frequently get their next job at Wells Fargo. 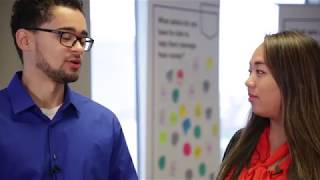 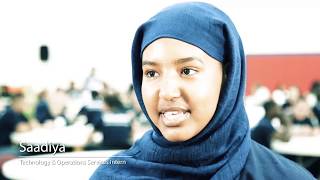 How Would You Rate The Company Culture Of U.S. Bank?

Have you worked at U.S. Bank? Help other job seekers by rating U.S. Bank.

When was U.S. Bank founded?

How many Employees does U.S. Bank have?

How much money does U.S. Bank make?

What industry is U.S. Bank in?

U.S. Bank is in the finance industry.

What is U.S. Bank's mission?

U.S. Bank's mission statement is "We put the power of US to work for you."

What type of company is U.S. Bank?

U.S. Bank is a public company.

Who are U.S. Bank's competitors?

Are You An Executive, HR Leader, Or Brand Manager At U.S. Bank?

Zippia gives an in-depth look into the details of U.S. Bank, including salaries, political affiliations, employee data, and more, in order to inform job seekers about U.S. Bank. The employee data is based on information from people who have self-reported their past or current employments at U.S. Bank. The data on this page is also based on data sources collected from public and open data sources on the Internet and other locations, as well as proprietary data we licensed from other companies. Sources of data may include, but are not limited to, the BLS, company filings, estimates based on those filings, H1B filings, and other public and private datasets. While we have made attempts to ensure that the information displayed are correct, Zippia is not responsible for any errors or omissions or for the results obtained from the use of this information. None of the information on this page has been provided or approved by U.S. Bank. The data presented on this page does not represent the view of U.S. Bank and its employees or that of Zippia.

U.S. Bank may also be known as or be related to U.S. Bancorp, U.S. Bank, U.S. Bank National Association, U.s. Bank, US Bancorp and us bank na.