United Center is an indoor arena on the Near West Side of Chicago, Illinois, United States. It is home to the Chicago Bulls of the National Basketball Association and the Chicago Blackhawks of the National Hockey League, named after its corporate sponsor, United Airlines.
Founded in 1994, United Center is an established company that loves to hire graduates from Fairmont State University, with 38.8% of its employees having attended Fairmont State University. Want to compare United Center to some other great places to work in Chicago, IL? We suggest taking a look at Zippia's list of Best Companies to Work For in Chicago, IL. The average employee at United Center makes $32,722 per year. In comparison, some of its highest paying competitors, like Utah State Fair, Project Samaritan Aids Svc, and The Inn at The Beeches, pay $51,398, $42,083, and $42,004, respectively.
Based in Chicago, IL, United Center is a key player in the hospitality industry with 4,999 employees and an annual revenue of $122.6M.

What do people say about United Center

What do you like about working for United Center?

United Center is ranked #81 on the Best Hospitality Companies to Work For in Illinois list. Zippia's Best Places to Work lists provide unbiased, data-based evaluations of companies. Rankings are based on government and proprietary data on salaries, company financial health, and employee diversity.

How much does United Center pay?
The national average salary for a United Center employee in the United States is $32,722 per year. Employees in the top 10 percent can make over $52,000 per year, while employees at the bottom 10 percent earn less than $20,000 per year.
5.5
Salary Score
Categories
Hospitality Companies
High Paying Jobs
Director, Data Analyst
Highest Paying Location
Stratford, CT
Want to know more?
Show Salaries
Average Employee Earnings
$34,704
$32,722
$31,425
$30,529

On average, employees at United Center stay with the company for 3.9 years. Employees most commonly join United Center after leaving Walmart. When they leave United Center, they most frequently get their next job at McDonald's.

8.4
Diversity Score
We calculated the diversity score of companies by measuring multiple factors, including the ethnic background, gender identity, and language skills of their workforce.

Do you Work At United Center? 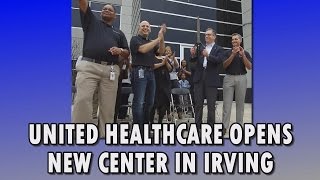 7.6
Performance Score
We calculated the performance score of companies by measuring multiple factors, including revenue, longevity, and stock market performance.

How Would You Rate The Company Culture Of United Center?

Based on our research, similar companies to United Center are Utah State Fair, Project Samaritan Aids Svc, and The Inn at The Beeches. Employees at Utah State Fair earn more than most of the competition, with an average yearly salary of $51,398. The employees at Project Samaritan Aids Svc earn an average yearly salary of $42,083 per year, and the salaries at The Inn at The Beeches average $42,004 per year.
Company

When was United Center founded?

United Center was founded in 1994.

How many Employees does United Center have?

How much money does United Center make?

What industry is United Center in?

United Center is in the hotels, restaurants & leisure industry.

What type of company is United Center?

United Center is a private company.

Who are United Center's competitors?

Where is United Center's headquarters?

You can find the United Center website at www.unitedcenter.com.

Are You An Executive, HR Leader, Or Brand Manager At United Center?

Zippia gives an in-depth look into the details of United Center, including salaries, political affiliations, employee data, and more, in order to inform job seekers about United Center. The employee data is based on information from people who have self-reported their past or current employments at United Center. While we have made attempts to ensure that the information displayed are correct, Zippia is not responsible for any errors or omissions, or for the results obtained from the use of this information. The data presented on this page does not represent the view of United Center and its employees or that of Zippia.