Find The Best Video Editor Jobs For You

The work of a video editor involves arranging, rearranging, manipulating, and enhancing video shots to create a new and complete work. The job of a video editor is to create and edit videos using digital software that edits, cuts, trims films, and organizes raw film materials into a final product. Video editors work with materials like camera footage, dialogues, graphics, and sound effects to produce a final video product based on specific requirements.

To be a certified video editor, you need to acquire a bachelor's degree in videography, film production, cinematography, and any other related field is a requirement to work in this field. But more importantly, you should also have hands-on experience with digital video editing software. Alongside these qualifications, you need to be creative and intellectually sound. Good adaptive skills are also necessary. Typically, the income per hour for a video editor starts from about $13.16. The average hourly income for a video editor is about $25.64 but can go as high up as $49.93 per hour.

What Does a Video Editor Do

Film and video editors and camera operators manipulate images that entertain or inform an audience. Camera operators capture a wide range of material for TV shows, motion pictures, music videos, documentaries, or news and sporting events. Editors take footage shot by camera operators and organize it into a final product. They collaborate with producers and directors to create the final production.

Film and video editors and camera operators typically do the following:

Many camera operators have one or more assistants working under their supervision. The assistants set up the camera equipment and may be responsible for its storage and care. They also help the operator determine the best shooting angle and make sure that the camera stays in focus.

Likewise, editors often have one or more assistants. The assistants support the editor by keeping track of each shot in a database or loading digital video into an editing bay. Assistants also may do some of the editing tasks.

The increased use of digital filming has changed the work of a large number of editors and camera operators. Many operators prefer using digital cameras because these smaller, more inexpensive instruments give them more flexibility in shooting angles. Digital cameras also have changed the job of some camera assistants: instead of loading film or choosing lenses, they download digital images or choose a type of software program to use with the camera.

Nearly all editing work is done on a computer, and editors often are trained in a specific type of editing software.

The following are examples of types of camera operators:

Studio camera operators work in a broadcast studio and videotape their subjects from a fixed position. There may be one or several cameras in use at a time. Operators normally follow directions that give the order of the shots. They often have time to practice camera movements before shooting begins. If they are shooting a live event, they must be able to make adjustments at a moment’s notice and follow the instructions of the show’s director.

Cinematographers film motion pictures. They usually have a team of camera operators and assistants working under them. They determine the angles and types of equipment that will best capture a shot. They also adjust the lighting in a shot, because that is an important part of how the image looks.

Some cinematographers specialize in filming cartoons or special effects.

Videographers film or videotape private ceremonies or special events, such as weddings. They also may work with companies and make corporate documentaries on a variety of topics. Some videographers post their work on video-sharing websites for prospective clients. Most videographers edit their own material.

Many videographers run their own business or do freelance work. They may submit bids, write contracts, and get permission to shoot on locations that may not be open to the public. They also get copyright protection for their work and keep financial records.

Many editors and camera operators, particularly videographers, put their creative work online. If it becomes popular, they gain more recognition, which can lead to future employment or freelance opportunities.

How To Become a Video Editor

Film and video editors and camera operators typically need a bachelor’s degree in a field related to film or broadcasting.

Most editor and camera operator positions require a bachelor’s degree in a field related to film or broadcasting, such as communications. Many colleges offer courses in cinematography or video-editing software. Coursework involves a mix of film theory with practical training.

Film and video editors and camera operators must have an understanding of digital cameras and editing software because both are now used on film sets.

Editors may complete a brief period of on-the-job training. Some employers may offer new employees training in the type of specialized editing software they use. Most editors eventually specialize in one type of software, but beginners should be familiar with as many types as possible.

Certification is a way for editors to demonstrate competence in various types of editing software. To earn certification, video editors must pass a comprehensive exam. Candidates can prepare for the exam on their own, through online tutorials, or through classroom instruction.

Communication skills. Film and video editors and camera operators must communicate with other members of a production team, including producers and directors, to ensure that the project goes smoothly.

Creativity. Film and video editors and camera operators should be able to imagine what the result of their filming or editing will look like to an audience.

Hand–eye coordination. Camera operators need to be able to move about the action while holding a camera steady.

Physical stamina. Camera operators may need to carry heavy equipment for long periods of time, particularly when they are filming on location.

Visual skills. Film and video editors and camera operators must be able to see clearly what they are filming or editing in the postproduction process.

In addition to switching up your job search, it might prove helpful to look at a career path for your specific job. Now, what's a career path you ask? Well, it's practically a map that shows how you might advance from one job title to another. Our career paths are especially detailed with salary changes. So, for example, if you started out with the role of producer you might progress to a role such as production manager eventually. Later on in your career, you could end up with the title marketing manager.

Average Salary for a Video Editor

Video Editors in America make an average salary of $46,954 per year or $23 per hour. The top 10 percent makes over $72,000 per year, while the bottom 10 percent under $30,000 per year.
Average Salary
$46,954
Find Your Salary Estimate
How much should you be earning as an Architect? Use Zippia's Salary Calculator to get an estimation of how much you should be earning.

Designing and figuring out what to include on your resume can be tough, not to mention time-consuming. That's why we put together a guide that is designed to help you craft the perfect resume for becoming a Video Editor. If you're needing extra inspiration, take a look through our selection of templates that are specific to your job.

Learn How To Write a Video Editor Resume

At Zippia, we went through countless Video Editor resumes and compiled some information about how best to optimize them. Here are some suggestions based on what we found, divided by the individual sections of the resume itself.

Online Courses For Video Editor That You May Like

Learn how to start editing videos in Adobe Premiere Pro CC with these simple follow along tutorials...

Top Skills For a Video Editor

The skills section on your resume can be almost as important as the experience section, so you want it to be an accurate portrayal of what you can do. Luckily, we've found all of the skills you'll need so even if you don't have these skills yet, you know what you need to work on. Out of all the resumes we looked through, 25.4% of video editors listed video production on their resume, but soft skills such as hand–eye coordination and physical stamina are important as well.

Best States For a Video Editor

Some places are better than others when it comes to starting a career as a video editor. The best states for people in this position are New Jersey, Alaska, New York, and Connecticut. Video editors make the most in New Jersey with an average salary of $65,005. Whereas in Alaska and New York, they would average $57,482 and $56,937, respectively. While video editors would only make an average of $52,210 in Connecticut, you would still make more there than in the rest of the country. We determined these as the best states based on job availability and pay. By finding the median salary, cost of living, and using the Bureau of Labor Statistics' Location Quotient, we narrowed down our list of states to these four.

Total Video Editor Jobs:
20
Highest 10% Earn:
$93,000
Location Quotient:
1.15
Location Quotient is a measure used by the Bureau of Labor Statistics (BLS) to determine how concentrated a certain industry is in a single state compared to the nation as a whole. You can read more about how BLS calculates location quotients here

Total Video Editor Jobs:
863
Highest 10% Earn:
$95,000
Location Quotient:
3.22
Location Quotient is a measure used by the Bureau of Labor Statistics (BLS) to determine how concentrated a certain industry is in a single state compared to the nation as a whole. You can read more about how BLS calculates location quotients here

Total Video Editor Jobs:
82
Highest 10% Earn:
$88,000
Location Quotient:
1.18
Location Quotient is a measure used by the Bureau of Labor Statistics (BLS) to determine how concentrated a certain industry is in a single state compared to the nation as a whole. You can read more about how BLS calculates location quotients here

How Do Video Editor Rate Their Jobs? 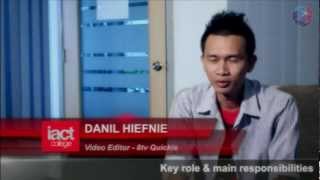 A Day In The Life: Video Editor 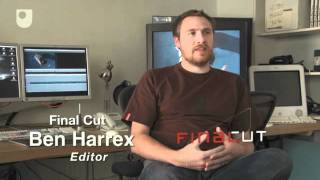 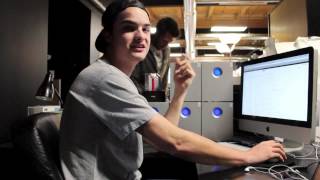 day in the life of an editor