VTech manufactures developmental stage-based electronic educational toys and games for children, and cordless phones. The company offers Electronic Learning Products (ELP) for all age ranges of children, including infants, toddlers, preschoolers, and grade schoolers. Switch & Go Dinos collections, Go! Go! Smart Wheels playset and vehicles, Kidiminiz Interactive Pets, the Sit-to-Stand Learning Walker, the Alphabet Activity Cube are some of the educational learning toys offered by VTech. Its other products include InnoTab 3 learning app tablet, InnoTab 3S Wi-Fi- learning tablet, MobiGo 2 touch learning system, and V.Reader interactive e-reader for toddlers. VTechkids.com is VTech's shopping site that sells VTech learning toys, games, and apps. The website also offers parents with support content and tools such as the Parent Resource Center, Club VTech, and the Advisory Council. VTech was founded in 1976 and is headquartered in Hong Kong with distribution throughout North America, Europe, and Asia. VTech Electronics North America, LLC is based in Arlington Heights, Illinois.
VTech has been around for a long time. It was founded back in 1976. This established company loves to hire graduates from Alabama State University, with 9.8% of its employees having attended Alabama State University. VTech is a great place to work and is featured as number 10 on Zippia's list of Best Companies to Work for in Beaverton, OR. The average employee at VTech makes $56,457 per year. Pay at VTech is significantly lower than some of its highest paying competitors, like Square, Human Factors International, and Premier Systems, which pay $128,972, $76,895, and $76,295, respectively.
VTech is an industry leader with 30,000 employees and an annual revenue of $1.9B that is headquartered in Beaverton, OR.

What do people say about VTech

The Team At VTech

VTech is ranked #13 on the Best Technology Companies to Work For in Oregon list. Zippia's Best Places to Work lists provide unbiased, data-based evaluations of companies. Rankings are based on government and proprietary data on salaries, company financial health, and employee diversity.

Research Summary. Using a database of 30 million profiles, Zippia estimates demographics and statistics for VTech. Our estimates are verified against BLS, Census, and current job openings data for accuracy. After extensive research and analysis, Zippia's data science team found that:

Do you Work At VTech? 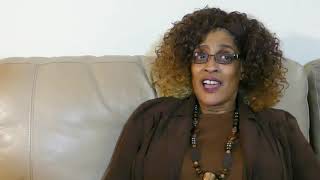 How Would You Rate The Company Culture Of VTech?

Have you worked at VTech? Help other job seekers by rating VTech.

Subsidiaries to VTech include LeapFrog. Employees at the parent company, VTech, earn $56,457 whereas employees at LeapFrog earn $86,593, on average.
Company

When was VTech founded?

How many Employees does VTech have?

How much money does VTech make?

VTech generates $1.9B in revenue.

What industry is VTech in?

VTech is in the consumer electronics industry.

What type of company is VTech?

VTech is a public company.

Who works at VTech?

VTech's headquarters is in Beaverton, OR.

Are You An Executive, HR Leader, Or Brand Manager At VTech?

Zippia gives an in-depth look into the details of VTech, including salaries, political affiliations, employee data, and more, in order to inform job seekers about VTech. The employee data is based on information from people who have self-reported their past or current employments at VTech. The data on this page is also based on data sources collected from public and open data sources on the Internet and other locations, as well as proprietary data we licensed from other companies. Sources of data may include, but are not limited to, the BLS, company filings, estimates based on those filings, H1B filings, and other public and private datasets. While we have made attempts to ensure that the information displayed are correct, Zippia is not responsible for any errors or omissions or for the results obtained from the use of this information. None of the information on this page has been provided or approved by VTech. The data presented on this page does not represent the view of VTech and its employees or that of Zippia.

VTech may also be known as or be related to V-Tech, VTech, VTech Holdings Ltd and Vtech.