The Culture At Warner Bros.

Information provided by the company
Business Unit Overview Telepictures Productions is an industry-leading and Emmy Award-winning producer of innovative, advertiser-friendly, multiplatform television and digital content for the syndication, cable and digital marketplaces. Ellen, The Real and Extra are just a few of their award winning shows.
Show More
Curiosity, an open mind, and a willingness to learn and take feedback.
Just as HBO is a company noted for its commitment to excellence in the products and services it delivers to consumers, it makes the extra effort to create a work environment in which fairness, equity, trust, and individual responsibility are valued.
Show More
You'll be part of a company that enables community and belonging by creating content that connects with fans when, how and where they want it.
We're looking for Engineers that have an interest in the commerce space and a passion for creating great software.

Warner Bros. Entertainment Inc., d/b/a Warner Bros., is an American entertainment company headquartered in Burbank, California and a subsidiary of AT&T's WarnerMedia.
The staff at Warner Bros. come from unusually diverse demographic backgrounds. The company is 45.5% female and 49.1% ethnic minorities. Despite its diversity in other areas, Warner Bros. employees are noticeably lacking in political diversity. It has an unusually high proportion of employees who are members of the Democratic Party, at 94.0%. Employees seem to enjoy working in an otherwise diverse workplace that is dominated by members of the Democratic Party. Warner Bros. has great employee retention with staff members usually staying with the company for 4.5 years. The average employee at Warner Bros. makes $62,767 per year. Pay at Warner Bros. is significantly lower than some of its highest paying competitors, like HBO, DreamWorks Animation, and Broadcast Media Partners Holdings, Inc., which pay $82,547, $82,443, and $81,614, respectively.
Based in Burbank, CA, Warner Bros. is a key player in the media industry with 8,000 employees and an annual revenue of $30.4B.

respect that i have from others

money, food, friends I can count on.

I appreciate my commute - I live 8 miles from the office.

I appreciate my commute - I live 8 miles from the office. Fantastic restaurants are walking distance!

They have amazing entertainment

Always gives a message to anyone in life
Anonymous review of Warner Bros.

How would you rate working at Warner Bros.?

What do you like about working for Warner Bros.?

The Team At Warner Bros.

Warner Bros. is ranked #36 on the Best Media Companies to Work For in America list. Zippia's Best Places to Work lists provide unbiased, data-based evaluations of companies. Rankings are based on government and proprietary data on salaries, company financial health, and employee diversity.

Do you Work At Warner Bros.? 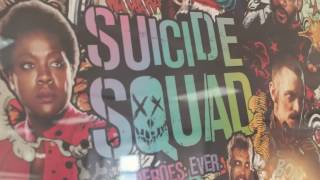 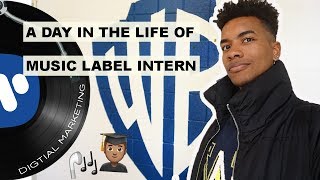 A Day in the Life of: Music Label Intern & Meeting Rita Ora at Warner Bros Records

How Would You Rate The Company Culture Of Warner Bros.?

Subsidiaries to Warner Bros. include Machinima. Employees at the parent company, Warner Bros., earn $62,767 whereas employees at Machinima earn $52,393, on average.
Company

Competitors of Warner Bros. include HBO, DreamWorks Animation, and Broadcast Media Partners Holdings, Inc. The wages at HBO average higher than the other similar companies, where the median salary is $82,547 per year. The employees at DreamWorks Animation earn an average yearly salary of $82,443 per year, and the salaries at Broadcast Media Partners Holdings, Inc. average $81,614 per year.
Company

When was Warner Bros. founded?

How many Employees does Warner Bros. have?

How much money does Warner Bros. make?

Warner Bros. generates $30.4B in revenue.

What industry is Warner Bros. in?

Warner Bros. is in the entertainment industry.

What type of company is Warner Bros.?

Warner Bros. is a private company.

Who are Warner Bros.'s competitors?

Who works at Warner Bros.?

Where is Warner Bros.'s headquarters?

Are You An Executive, HR Leader, Or Brand Manager At Warner Bros.?

Most Common Jobs At Warner Bros.

Zippia gives an in-depth look into the details of Warner Bros., including salaries, political affiliations, employee data, and more, in order to inform job seekers about Warner Bros.. The employee data is based on information from people who have self-reported their past or current employments at Warner Bros.. The data on this page is also based on data sources collected from public and open data sources on the Internet and other locations, as well as proprietary data we licensed from other companies. Sources of data may include, but are not limited to, the BLS, company filings, estimates based on those filings, H1B filings, and other public and private datasets. While we have made attempts to ensure that the information displayed are correct, Zippia is not responsible for any errors or omissions or for the results obtained from the use of this information. None of the information on this page has been provided or approved by Warner Bros.. The data presented on this page does not represent the view of Warner Bros. and its employees or that of Zippia.