To be a leading food manufacturer by converting needs, ideas, and expertise into value for our members, business partners, and consumers.

It is close to home with no commute. The post is better than most jobs in the area.

Everything else, I am a current employee, but for no longer then is absolutely necessary. The concept of management is absolutely foreign here, and the idea of mandatory overtime is their favorite thing. They can't provide meat to process, have no ability to forecast and this are constantly struggling to manage the workflow, have no respect for employees lives outside work, and will punish you on a technicality because management can't communicate properly and steps on each other's toe frequently. The equipment is choosing to be ” state of the art” but only if you are looking at 20 years ago, and is barely kept running at best. The majority of the employees are ” not emotionally vested” because they are burned out and can't care. The environment is suited for a dock or ship (bring in basic training i didn't hear the f-bomb as frequently add i do here on the floor or in the break room) and hr doesn't care. Your training is frequently and often ” here is s device. Go to work” and then try are surprised when you get injured or damage something. The only good thing about this job is the employee market, being able to buy 40 lbs of meat at $30. I don't recommend anybody apply here.

How would you rate working at West Liberty Foods?

What do you like about working for West Liberty Foods?

The Team At West Liberty Foods

West Liberty Foods is ranked #58 on the Best Companies to Work For in Iowa list. Zippia's Best Places to Work lists provide unbiased, data-based evaluations of companies. Rankings are based on government and proprietary data on salaries, company financial health, and employee diversity.

8.0
Diversity Score
We calculated the diversity score of companies by measuring multiple factors, including the ethnic background, gender identity, and language skills of their workforce.

Do you Work At West Liberty Foods? 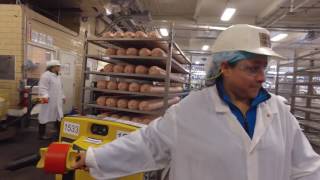 West Liberty Foods - A Lot of Shoes to Fill 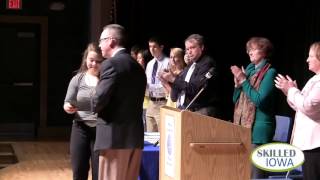 How Would You Rate The Company Culture Of West Liberty Foods?

When was West Liberty Foods founded?

West Liberty Foods was founded in 1996.

How many Employees does West Liberty Foods have?

How much money does West Liberty Foods make?

What industry is West Liberty Foods in?

West Liberty Foods is in the retailing industry.

What is West Liberty Foods's mission?

West Liberty Foods's mission statement is "To be a leading food manufacturer by converting needs, ideas, and expertise into value for our members, business partners, and consumers."

What type of company is West Liberty Foods?

Who are West Liberty Foods's competitors?

Who works at West Liberty Foods?

Are You An Executive, HR Leader, Or Brand Manager At West Liberty Foods?