The Culture At Western Union

Western Union focuses on providing businesses and consumers with solutions to send and receive money throughout the world. They enables its customers to transfer money through their mobile application or agents. Western Union was founded in 1851 and is based in Englewood, Colorado.
The staff at Western Union come from unusually diverse demographic backgrounds. The company is 49.3% female and 45.9% ethnic minorities. Despite its diversity in other areas, Western Union employees are noticeably lacking in political diversity. It has an unusually high proportion of employees who are members of the Democratic Party, at 73.0%. Employees seem to enjoy working in an otherwise diverse workplace that is dominated by members of the Democratic Party. Western Union has great employee retention with staff members usually staying with the company for 5.0 years. The average employee at Western Union makes $72,878 per year. Pay at Western Union is significantly lower than some of its highest paying competitors, like PayPal, Xoom, and American Express, which pay $128,079, $106,849, and $86,421, respectively.
Western Union is an industry leader with 12,000 employees and an annual revenue of $4.8B that is headquartered in Denver, CO.

To offer our services in india, the establishment of our Pune technology and engineering center is an exciting chapter in our mission to move money for better.

You may not be the person to ask, but why is customer service so wildly inconsistent? I'm an agent at a retail location and every time you speak to a CS rep with a question/problem you get a different answer. It's annoying to me and the customer.

I use to be an agent and lucked out with a rep super patient as I was the middle man between WU AMD an irate sender because she changed her mind, wanted her money back, buy wanted the $60 fee back, too. This went on for almost an hour before the customer gave in and took her send amount and left. The rep and I kept giggling quietly while apologizing to each other for having to go through the situation.

What are the largest and smallest transactions you've handled? Ever had any that seemed bizarre or suspicious?

I've send Quick Collect Transactions (this is a payment method, the main use for this is to send money to inmates) for like 10 USD, the only thing weird I did like two times already is charge more that what the person is sending, in some states the service fee is 25USD even if you send 1USD, so one person call to send 20 dollars and get charge 45 in total.

Has your job caused you to begin to have feelings of prejudice against black people?

No, I have the same feelings for black people just like before I was working there, I think you get those kind of things on daily basis, I'm actually mexican, I'm in Mexico, Western Union uses a outsourcing company (the one that I actually work for) to get the job done, yes there are black people (mostly women) that get mad *** almost for anything, but so there are mexicans who doesn't know what the *** are they doing or southern US citizens whose accent it's actually kind of funny, but you get everything of something.
Anonymous review of Western Union

What do you like about working for Western Union?

The Team At Western Union

Western Union is ranked #20 on the Best Companies to Work For in Colorado list. Zippia's Best Places to Work lists provide unbiased, data-based evaluations of companies. Rankings are based on government and proprietary data on salaries, company financial health, and employee diversity.

Do you Work At Western Union? 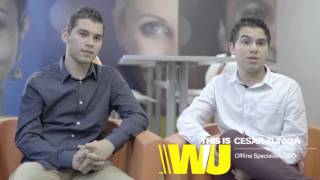 Learn how you can make a difference working in Compliance for WU! 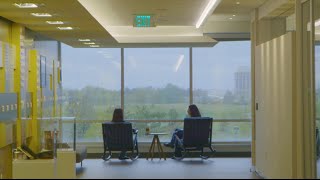 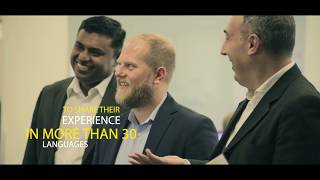 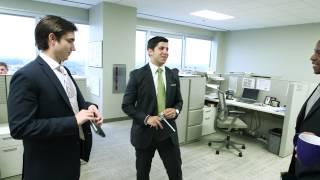 Day In The Life – Intern

9.5
Performance Score
We calculated the performance score of companies by measuring multiple factors, including revenue, longevity, and stock market performance.

How Would You Rate The Company Culture Of Western Union?

Competitors of Western Union include PayPal, Xoom, and American Express. The wages at PayPal average higher than the other similar companies, where the median salary is $128,079 per year. The employees at Xoom earn an average yearly salary of $106,849 per year, and the salaries at American Express average $86,421 per year.
Company

When was Western Union founded?

Western Union was founded in 1851.

How many Employees does Western Union have?

How much money does Western Union make?

Western Union generates $4.8B in revenue.

What industry is Western Union in?

Western Union is in the financial services industry.

What is Western Union's mission?

Western Union's mission statement is "To offer our services in india, the establishment of our Pune technology and engineering center is an exciting chapter in our mission to move money for better."

What type of company is Western Union?

Western Union is a public company.

Who are Western Union's competitors?

Who works at Western Union?

Devin B. McGranahan (President and CEO)

Are You An Executive, HR Leader, Or Brand Manager At Western Union?

Most Common Jobs At Western Union

Zippia gives an in-depth look into the details of Western Union, including salaries, political affiliations, employee data, and more, in order to inform job seekers about Western Union. The employee data is based on information from people who have self-reported their past or current employments at Western Union. The data on this page is also based on data sources collected from public and open data sources on the Internet and other locations, as well as proprietary data we licensed from other companies. Sources of data may include, but are not limited to, the BLS, company filings, estimates based on those filings, H1B filings, and other public and private datasets. While we have made attempts to ensure that the information displayed are correct, Zippia is not responsible for any errors or omissions or for the results obtained from the use of this information. None of the information on this page has been provided or approved by Western Union. The data presented on this page does not represent the view of Western Union and its employees or that of Zippia.