Find The Best Wildlife Biologist Jobs For You

It's amazing how intriguing the wildlife habitat is. They have an altogether different dimension to life. Having said that, if the wildlife intrigue you too, and if you have studied enough about it, why not pursue a career as a Wildlife Biologist?

While the job is fascinating, there is interesting stuff to do as well. For example, you will have to study the ecosystem, do research studies, work to save endangered species, plan conservative processes, write reports, and interact with wildlife rehabilitators. Apart from the mentioned skills, you must have a minimum of a bachelor's degree. However, a master's degree or doctorate is preferred. You should have studied zoology, botany, wildlife physiology, and related subjects.

What Does a Wildlife Biologist Do

Zoologists and wildlife biologists study animals and other wildlife and how they interact with their ecosystems. They study the physical characteristics of animals, animal behaviors, and the impacts humans have on wildlife and natural habitats.

Zoologists and wildlife biologists typically do the following:

Zoologists and wildlife biologists use geographic information systems (GIS), modeling software, and other computer programs to estimate wildlife populations and track the movements of animals. They also use these computer programs to forecast the spread of invasive species or diseases, project changes in the availability of habitat, and assess other potential threats to wildlife.

Zoologists generally specialize first in either vertebrates or invertebrates and then in specific species. Following are some examples of specialization by species:

Some zoologists and wildlife biologists specialize in studying wildlife according to the type of water or land where the wildlife lives. The following are examples of those who specialize by habitat:

How To Become a Wildlife Biologist

Zoologists and wildlife biologists need a bachelor’s degree for entry-level positions; a master’s degree is often needed for higher level investigative or scientific work. A Ph.D. is necessary to lead independent research and for most university research positions.

Zoologists and wildlife biologists typically need at least a master’s degree for higher level investigative or scientific work. A Ph.D. is necessary for the majority of independent research positions and for university research positions. Most Ph.D.-level researchers need to be familiar with computer programming and statistical software.

Knowledge of computer science is important because zoologists and wildlife biologists frequently use advanced computer software, such as geographic information systems (GIS) and modeling software, to do their work.

Communication skills. Zoologists and wildlife biologists write scientific papers and give talks to the public, policymakers, and academics.

Emotional stamina and stability. Zoologists and wildlife biologists may need to endure long periods with little human contact. As with other occupations that deal with animals, emotional stability is important in working with injured or sick animals.

Interpersonal skills. Zoologists and wildlife biologists typically work on teams. They must be able to work effectively with others to achieve their goals or to negotiate conflicting goals.

Observation skills. Zoologists and wildlife biologists must be able to notice slight changes in an animal’s characteristics, such as changes in its behavior or appearance.

Problem-solving skills. Zoologists and wildlife biologists try to find the best possible solutions to threats that affect wildlife, such as disease and habitat loss.

Some zoologists and wildlife biologists may need to have well-rounded outdoor skills. They may need to be able to drive a tractor, use a generator, or provide for themselves in remote locations.

Many zoology and wildlife biology students gain practical experience through internships, volunteer work, or some other type of employment during college or soon after graduation.

Zoologists and wildlife biologists typically receive greater responsibility and independence in their work as they gain experience. More education also can lead to greater responsibility. Zoologists and wildlife biologists with a Ph.D. usually lead independent research and control the direction and content of projects. In addition, they may be responsible for finding much of their own funding.

As you move along in your career, you may start taking on more responsibilities or notice that you've taken on a leadership role. Using our career map, a wildlife biologist can determine their career goals through the career progression. For example, they could start out with a role such as biologist, progress to a title such as scientist and then eventually end up with the title senior research associate.

Average Salary for a Wildlife Biologist

Wildlife Biologists in America make an average salary of $59,861 per year or $29 per hour. The top 10 percent makes over $90,000 per year, while the bottom 10 percent under $39,000 per year.
Average Salary
$59,861
Find Your Salary Estimate
How much should you be earning as an Architect? Use Zippia's Salary Calculator to get an estimation of how much you should be earning.

Online Courses For Wildlife Biologist That You May Like 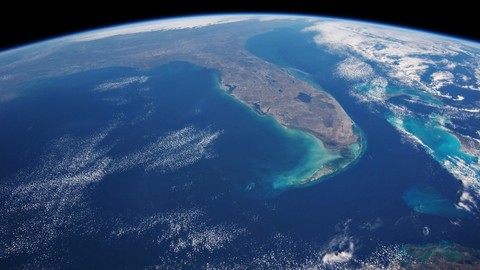 Land Use Scratch to Advance, All Softwares of Remote Sensing and GIS. Machine Learning, GIS Tasks in Easy way learning... 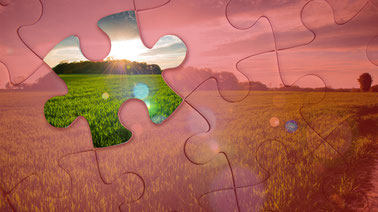 How can we create a sustainable society that protects the environment while maintaining a prosperous society? Why have humans caused environmental degradation on local, regional, and global scales, and what can we do about it? Public officials, nonprofit organizations, and private businesses need professionals who can answer these questions in order to design a new sustainable world. Economics is the study of the allocation of scarce resources, including how markets function and how incentives... 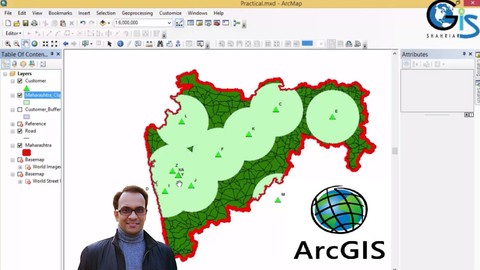 Make yourself Zero to HERO in ArcGIS with ArcMap, ArcGlobe, ArcCatalog, ArcScene and Web GIS Basic...

Top Skills For a Wildlife Biologist

The skills section on your resume can be almost as important as the experience section, so you want it to be an accurate portrayal of what you can do. Luckily, we've found all of the skills you'll need so even if you don't have these skills yet, you know what you need to work on. Out of all the resumes we looked through, 18.7% of wildlife biologists listed wildlife on their resume, but soft skills such as emotional stamina and stability and interpersonal skills are important as well.

Best States For a Wildlife Biologist

Some places are better than others when it comes to starting a career as a wildlife biologist. The best states for people in this position are Oregon, Alaska, Pennsylvania, and New York. Wildlife biologists make the most in Oregon with an average salary of $76,950. Whereas in Alaska and Pennsylvania, they would average $72,010 and $70,969, respectively. While wildlife biologists would only make an average of $68,886 in New York, you would still make more there than in the rest of the country. We determined these as the best states based on job availability and pay. By finding the median salary, cost of living, and using the Bureau of Labor Statistics' Location Quotient, we narrowed down our list of states to these four.

Total Wildlife Biologist Jobs:
76
Highest 10% Earn:
$111,000
Location Quotient:
2.38
Location Quotient is a measure used by the Bureau of Labor Statistics (BLS) to determine how concentrated a certain industry is in a single state compared to the nation as a whole. You can read more about how BLS calculates location quotients here

Total Wildlife Biologist Jobs:
11
Highest 10% Earn:
$115,000
Location Quotient:
0.76
Location Quotient is a measure used by the Bureau of Labor Statistics (BLS) to determine how concentrated a certain industry is in a single state compared to the nation as a whole. You can read more about how BLS calculates location quotients here

Total Wildlife Biologist Jobs:
29
Highest 10% Earn:
$89,000
Location Quotient:
9.98
Location Quotient is a measure used by the Bureau of Labor Statistics (BLS) to determine how concentrated a certain industry is in a single state compared to the nation as a whole. You can read more about how BLS calculates location quotients here

How Do Wildlife Biologist Rate Their Jobs?