Find The Best Wrestling Coach Jobs For You

Wrestling coaches are responsible for supporting head coaches in training and teaching wrestling basics. They coach players answering queries and fulfil needs both on the mat and in their personal lives. They work with the head coach to develop athletes' wrestling skills and coordinate assistant coaches and team staff. These coaches communicate positively with co-coaches, athletes, and athletes' parents while advising athletes on healthy living methods.

Wrestling coaches earn an average salary of $44,000 annually or $21 per hour. They adhere to the athletic oversight guidelines and rules of conduct established by the state, school, or club he works with. They set practice schedules and develop an appropriate course of conditioning for the athletes and teach wrestling moves and strategies and educate wrestlers about the rules of competition.

Wrestling coaches typically hold a bachelor's degree in kinesiology, business, or other related fields. They are expected to have some years of experience as a wrestling coach or in a similar role. Some employers prefer candidates with a commitment to a project and excellent communication and interpersonal skills.

There is more than meets the eye when it comes to being a wrestling coach. For example, did you know that they make an average of $25.08 an hour? That's $52,176 a year!

What Does a Wrestling Coach Do

There are certain skills that many wrestling coaches have in order to accomplish their responsibilities. By taking a look through resumes, we were able to narrow down the most common skills for a person in this position. We discovered that a lot of resumes listed communication skills, dedication and interpersonal skills.

When it comes to searching for a job, many search for a key term or phrase. Instead, it might be more helpful to search by industry, as you might be missing jobs that you never thought about in industries that you didn't even think offered positions related to the wrestling coach job title. But what industry to start with? Most wrestling coaches actually find jobs in the education and non profits industries.

How To Become a Wrestling Coach

In addition to switching up your job search, it might prove helpful to look at a career path for your specific job. Now, what's a career path you ask? Well, it's practically a map that shows how you might advance from one job title to another. Our career paths are especially detailed with salary changes. So, for example, if you started out with the role of football coach you might progress to a role such as coach eventually. Later on in your career, you could end up with the title education director.

Average Salary for a Wrestling Coach

Wrestling Coaches in America make an average salary of $52,176 per year or $25 per hour. The top 10 percent makes over $90,000 per year, while the bottom 10 percent under $30,000 per year.
Average Salary
$52,176
Find Your Salary Estimate
How much should you be earning as an Architect? Use Zippia's Salary Calculator to get an estimation of how much you should be earning.

Online Courses For Wrestling Coach That You May Like 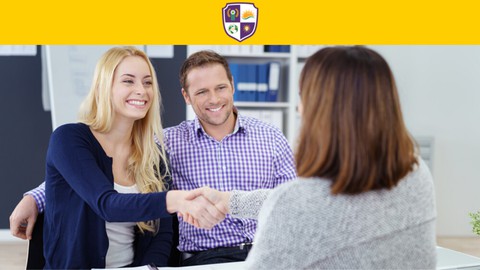 The Science of Training Young Athletes

Seventy percent of kids drop out of sports before their high school graduation. Only 15% leave because they feel they are not good enough. Almost 70% leave because they were not having fun, or due to problems with the coach. Injuries cause 30% to give up sports. This course is packed full of practical sports science information that provide youth coaches and parents with the practical pediatric sports science insights to successfully retain young athletes and develop their sport potential while...

Top Skills For a Wrestling Coach

The skills section on your resume can be almost as important as the experience section, so you want it to be an accurate portrayal of what you can do. Luckily, we've found all of the skills you'll need so even if you don't have these skills yet, you know what you need to work on. Out of all the resumes we looked through, 31.3% of wrestling coaches listed cpr on their resume, but soft skills such as communication skills and dedication are important as well.

Best States For a Wrestling Coach

Some places are better than others when it comes to starting a career as a wrestling coach. The best states for people in this position are New Jersey, New York, Arizona, and Minnesota. Wrestling coaches make the most in New Jersey with an average salary of $66,212. Whereas in New York and Arizona, they would average $61,300 and $59,914, respectively. While wrestling coaches would only make an average of $59,538 in Minnesota, you would still make more there than in the rest of the country. We determined these as the best states based on job availability and pay. By finding the median salary, cost of living, and using the Bureau of Labor Statistics' Location Quotient, we narrowed down our list of states to these four.

Total Wrestling Coach Jobs:
307
Highest 10% Earn:
$117,000
Location Quotient:
2.61
Location Quotient is a measure used by the Bureau of Labor Statistics (BLS) to determine how concentrated a certain industry is in a single state compared to the nation as a whole. You can read more about how BLS calculates location quotients here

Total Wrestling Coach Jobs:
224
Highest 10% Earn:
$110,000
Location Quotient:
1.68
Location Quotient is a measure used by the Bureau of Labor Statistics (BLS) to determine how concentrated a certain industry is in a single state compared to the nation as a whole. You can read more about how BLS calculates location quotients here

Total Wrestling Coach Jobs:
39
Highest 10% Earn:
$106,000
Location Quotient:
3.24
Location Quotient is a measure used by the Bureau of Labor Statistics (BLS) to determine how concentrated a certain industry is in a single state compared to the nation as a whole. You can read more about how BLS calculates location quotients here

How Do Wrestling Coach Rate Their Jobs?

Toughest work you will ever love • August 2019

Toughest work you will ever love • August 2019

What do you like the most about working as Wrestling Coach?

Watching a wrestler become a credit to society even if they never become a champion on the mat. Show More

watching parents live their dreams through their children with out taken in to account what the wrestler wants. Show More