Find The Best Writer Jobs For You

The act of writing, to most, is merely a means of communication, but to a rare few, it's a privilege to express one's self. The profession of being a writer is meant for deep thinkers, careful thought masters crafting their powers through the vessel of each word, bringing gentle awakening into our dormant lives.

There have been so many writers that have inspired the world. Even Barack Obama was a writer before he was a speaker. It is not just what he says, but the way he arranges the words he speaks that injects meaning and voice to the audience. We have Ernest Hemingway, a legendary novelist, and a journalist. In his wise words "The world breaks everyone, and afterward, many are strong at the broken places." Last but not least, we have JK Rowling in the character of Albus Dumbledore, "Happiness can be found, even in the darkest of times, if only one remembers to turn on the light."

A modern writer can help people write great copy, curate web content, report journalistic accounts, write scripts for movies, or even write stories for an organization's brand. These days, employers require a combination of skills from prospective writers, such as proficiency with editing software as well as knowledge in a particular industry. It is always good to consider doing something pro-bono at the start to show practical experience. The salary of a writer is, on average, $26 per hour.

What Does a Writer Do

There are certain skills that many writers have in order to accomplish their responsibilities. By taking a look through resumes, we were able to narrow down the most common skills for a person in this position. We discovered that a lot of resumes listed social perceptiveness, creativity and writing skills.

When it comes to searching for a job, many search for a key term or phrase. Instead, it might be more helpful to search by industry, as you might be missing jobs that you never thought about in industries that you didn't even think offered positions related to the writer job title. But what industry to start with? Most writers actually find jobs in the media and education industries.

How To Become a Writer

If you're interested in becoming a writer, one of the first things to consider is how much education you need. We've determined that 63.7% of writers have a bachelor's degree. In terms of higher education levels, we found that 17.1% of writers have master's degrees. Even though most writers have a college degree, it's possible to become one with only a high school degree or GED.

In addition to switching up your job search, it might prove helpful to look at a career path for your specific job. Now, what's a career path you ask? Well, it's practically a map that shows how you might advance from one job title to another. Our career paths are especially detailed with salary changes. So, for example, if you started out with the role of editor you might progress to a role such as consultant eventually. Later on in your career, you could end up with the title marketing communications manager.

Average Salary for a Writer

Designing and figuring out what to include on your resume can be tough, not to mention time-consuming. That's why we put together a guide that is designed to help you craft the perfect resume for becoming a Writer. If you're needing extra inspiration, take a look through our selection of templates that are specific to your job.

Learn How To Write a Writer Resume

At Zippia, we went through countless Writer resumes and compiled some information about how best to optimize them. Here are some suggestions based on what we found, divided by the individual sections of the resume itself.

Top Skills For a Writer

The skills section on your resume can be almost as important as the experience section, so you want it to be an accurate portrayal of what you can do. Luckily, we've found all of the skills you'll need so even if you don't have these skills yet, you know what you need to work on. Out of all the resumes we looked through, 15.9% of writers listed communication on their resume, but soft skills such as social perceptiveness and creativity are important as well.

Best States For a Writer

Some places are better than others when it comes to starting a career as a writer. The best states for people in this position are Connecticut, Rhode Island, New Hampshire, and Washington. Writers make the most in Connecticut with an average salary of $79,387. Whereas in Rhode Island and New Hampshire, they would average $65,551 and $64,713, respectively. While writers would only make an average of $64,668 in Washington, you would still make more there than in the rest of the country. We determined these as the best states based on job availability and pay. By finding the median salary, cost of living, and using the Bureau of Labor Statistics' Location Quotient, we narrowed down our list of states to these four.

Total Writer Jobs:
107
Highest 10% Earn:
$144,000
Location Quotient:
1
Location Quotient is a measure used by the Bureau of Labor Statistics (BLS) to determine how concentrated a certain industry is in a single state compared to the nation as a whole. You can read more about how BLS calculates location quotients here

Total Writer Jobs:
41
Highest 10% Earn:
$120,000
Location Quotient:
1.04
Location Quotient is a measure used by the Bureau of Labor Statistics (BLS) to determine how concentrated a certain industry is in a single state compared to the nation as a whole. You can read more about how BLS calculates location quotients here

Total Writer Jobs:
281
Highest 10% Earn:
$113,000
Location Quotient:
1.19
Location Quotient is a measure used by the Bureau of Labor Statistics (BLS) to determine how concentrated a certain industry is in a single state compared to the nation as a whole. You can read more about how BLS calculates location quotients here

How Do Writer Rate Their Jobs?

What do you like the most about working as Writer?

I learned to read and write at an early age and have avidly pursued it since. Beside school publications and assignments, I've sought out numerous outlets for my love of writing, from features and sports writer for my local weekly news paper, to AP stringer for election coverage, to a Pohlad family internship at one of southeastern Minnesota's most respected dailies. Show More

Unexpected deadlines, I guess, although it sometimes seems I do my sharpest writing in those pressured situations. Show More

Great writer you will love my writing! • April 2019

Great writer you will love my writing! • April 2019

What do you like the most about working as Writer?

Set your own schedule work from home. Determine your own salary. Dictate your hours. Choose the jobs you want. Show More

Could be paid more. Slow to get started very competitive. Show More

We've made finding a great employer to work for easy by doing the hard work for you. We looked into employers that employ writers and discovered their number of writer opportunities and average salary. Through our research, we concluded that CNN was the best, especially with an average salary of $60,894. Robert Half International follows up with an average salary of $64,053, and then comes Microsoft with an average of $93,125. In addition, we know most people would rather work from home. So instead of having to change careers, we identified the best employers for remote work as a writer. The employers include Activision Blizzard, CBS, and NerdWallet 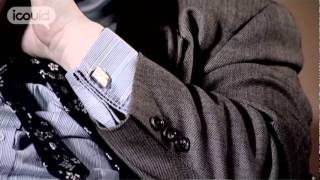 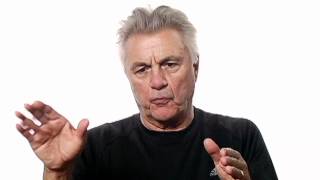 How to Tell if You're a Writer