How to Become a Writer/Producer

A writer/producer is responsible for developing, writing, and producing scripts of new stories for television programs or episodes. Writers are always passionate about their job, which makes it more exciting for them. You are expected to research topics to deliver stories that are entertaining and engaging. You will be responsible for sourcing audio and video footage for editors and spearheading and collaborating for both pre-production and post-production with the editors. As a writer, you are also expected to edit, submit and dub material for program inclusion, coordinating the day-to-day activities of a support production staff to ensure quality, style, and content.

Depending on where you are working, you may be required to operate video editing equipment, report and narrate stories, and assist show producers in organizing and planning the show. You may also be required to prepare fundraising campaigns. In terms of skill requirements, the ability to communicate well, knowledge of various production formats and specs, attention to detail, excellent time management skills, and leadership skills are all essential. The average salary of a writer/producer annually is $93,378. A bachelor's degree in journalism or other related field is the minimum qualification for the role.

There is more than meets the eye when it comes to being a writer/producer. For example, did you know that they make an average of $29.14 an hour? That's $60,606 a year!

What Does a Writer/Producer Do

There are certain skills that many writer/producers have in order to accomplish their responsibilities. By taking a look through resumes, we were able to narrow down the most common skills for a person in this position. We discovered that a lot of resumes listed social perceptiveness, writing skills and creativity.

How To Become a Writer/Producer

In addition to switching up your job search, it might prove helpful to look at a career path for your specific job. Now, what's a career path you ask? Well, it's practically a map that shows how you might advance from one job title to another. Our career paths are especially detailed with salary changes. So, for example, if you started out with the role of senior producer you might progress to a role such as production manager eventually. Later on in your career, you could end up with the title marketing and creative director.

Average Salary for a Writer/Producer

Top Skills For a Writer/Producer

The skills section on your resume can be almost as important as the experience section, so you want it to be an accurate portrayal of what you can do. Luckily, we've found all of the skills you'll need so even if you don't have these skills yet, you know what you need to work on. Out of all the resumes we looked through, 12.5% of writer/producers listed instagram on their resume, but soft skills such as social perceptiveness and writing skills are important as well.

Zippia allows you to choose from different easy-to-use Writer/Producer templates, and provides you with expert advice. Using the templates, you can rest assured that the structure and format of your Writer/Producer resume is top notch. Choose a template with the colors, fonts & text sizes that are appropriate for your industry.

Advertising Disclosure  The courses listed below are affiliate links. This means if you click on the link and purchase the course, we may receive a commission.
Apple Final Cut Pro X Tutorial Video - Infinite Skills
4.5
(254)

Learning Final Cut Pro X. A detailed course aimed at teaching users how to use FCP X on the Mavericks or Yosemite OS...

How Do Writer/Producer Rate Their Jobs?

Most Common Employers For Writer/Producer 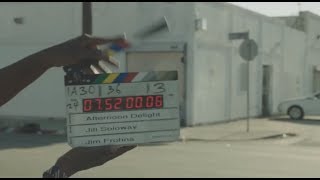