The Culture At Xerox

Information provided by the company
Every day, our innovative technologies and intelligent work solutions- Powered by Xerox -help people communicate and work better. Xerox is a community focused employer that fosters employee growth. You'll have the chance to nourish your skills and build a career! Our people are our best asset. Our culture is an environment of colleagues helping each other to get things done, and sharing best practices amongst team members.
Show More
A passionate technologist and who stays evergreen with technology and industry developments.

Xerox is a document management technology and services enterprise. They produce printing and publishing systems, digital presses, multifunction devices, laser and solid link network printers, copiers, and fax maches.
The staff at Xerox come from unusually diverse demographic backgrounds. The company is 58.4% female and 38.5% ethnic minorities. Despite its diversity in other areas, Xerox employees are noticeably lacking in political diversity. It has an unusually high proportion of employees who are members of the Democratic Party, at 67.0%. Employees seem to enjoy working in an otherwise diverse workplace that is dominated by members of the Democratic Party. Xerox has great employee retention with staff members usually staying with the company for 4.6 years. The average employee at Xerox makes $34,542 per year. Pay at Xerox is significantly lower than some of its highest paying competitors, like PayPal, Apple, and Dell, which pay $116,794, $104,263, and $98,699, respectively.
Xerox is an industry leader with 24,700 employees and an annual revenue of $7.0B that is headquartered in Connecticut.

Perks of Working at Xerox

Paid holidays, health care, life insurance, retirement savings plans, employee assistance programs and resources for childcare and eldercare are some of the perks that you can get when you are at Xerox.

No leave days for technical team and minimal transport allowance

Learning to function in a specialized division of a Fortune 500 company...... the division was office products other than copier / duplicator divisions..... we had a Chicago and a Dallas base ....... i worked out of the Chicago office

My division was sold when our CEO thought Xerox couldnt be a future profit source when IBM held most of the market at that time......

Going to Clients on a need be schedule ..... always new technologies..... great salary and benefits package.

The people and the clients

In the last couple years was unstable

incentives for making your monthly numbers

Working from home or office and having positive feeling about your work, the efforts applied and recognition

Its great people that makes the work enjoyable. And its a paycheck

Im not always busy and i get bored

Not having a boss breathing down my neck i have a plan and try to stay focused.
1
2
Anonymous review of Xerox

Do you work at Xerox? Rate Xerox as an Employer.

How would you rate working at Xerox?

The Team At Xerox

The Inside Scoop
Xerox, an American global corporation, was founded in 1906. This company provides digital document solutions and document technology products in more than 160 countries. To date, they have over 12,000 active patents, more than 10,000 employees and $11 billion of reported revenues. The company purchased Affiliated Computer Services for $6. 4 billion in early 2010. As a large developed company, it is consistently placed in the list of Fortune 500 companies.
Show More

Xerox is ranked #33 on the Best Companies to Work For in Connecticut list. Zippia's Best Places to Work lists provide unbiased, data-based evaluations of companies. Rankings are based on government and proprietary data on salaries, company financial health, and employee diversity.

Research Summary. Using a database of 30 million profiles, Zippia estimates demographics and statistics for Xerox. Our estimates are verified against BLS, Census, and current job openings data for accuracy. After extensive research and analysis, Zippia's data science team found that:

Do you Work At Xerox? 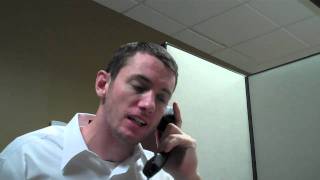 How Would You Rate The Company Culture Of Xerox?

Have you worked at Xerox? Help other job seekers by rating Xerox.

Competitors of Xerox include PayPal, Apple, and Dell. The wages at PayPal average higher than the other similar companies, where the median salary is $116,794 per year. The salaries at Apple average $104,263 per year, and the salaries at Dell come in at $98,699 per year.
Company

When was Xerox founded?

How many Employees does Xerox have?

How much money does Xerox make?

Xerox generates $7.0B in revenue.

What industry is Xerox in?

Xerox is in the information technology industry.

What is Xerox's mission?

What type of company is Xerox?

Xerox is a public company.

Who are Xerox's competitors?

Who works at Xerox?

Are You An Executive, HR Leader, Or Brand Manager At Xerox?

Zippia gives an in-depth look into the details of Xerox, including salaries, political affiliations, employee data, and more, in order to inform job seekers about Xerox. The employee data is based on information from people who have self-reported their past or current employments at Xerox. The data on this page is also based on data sources collected from public and open data sources on the Internet and other locations, as well as proprietary data we licensed from other companies. Sources of data may include, but are not limited to, the BLS, company filings, estimates based on those filings, H1B filings, and other public and private datasets. While we have made attempts to ensure that the information displayed are correct, Zippia is not responsible for any errors or omissions or for the results obtained from the use of this information. None of the information on this page has been provided or approved by Xerox. The data presented on this page does not represent the view of Xerox and its employees or that of Zippia.