Yahoo! is an American web services provider headquartered in Sunnyvale, California, and owned by Verizon Media. The original Yahoo! company was founded by Jerry Yang and David Filo in January 1994 and was incorporated on March 2, 1995. Yahoo was one of the pioneers of the early Internet era in the 1990s.
The staff at Yahoo! come from unusually diverse demographic backgrounds. The company is 35.8% female and 50.6% ethnic minorities. Even though it has great demographic diversity, Yahoo! notably lacks in political diversity. It has an unusually high proportion of employees who are members of the Democratic Party, at 84.9%. Despite having coworkers who agree with each other about politics, employees at Yahoo! tend to have relatively short tenures. Staff members usually stay with the company for 2.5 years. The average employee at Yahoo! makes $113,118 per year. Pay at Yahoo! is significantly lower than some of its highest paying competitors, like Facebook, Google, and Microsoft, which pay $128,942, $127,289, and $124,093, respectively.
Based in Sunnyvale, California, Yahoo! is a key player in the internet industry with 8,600 employees and an annual revenue of $5.2B.

Affordable Gigabit Fiber Internet for all.

The team at Yahoo!

Do you work at Yahoo!? Rate Yahoo! as an Employer.

How would you rate working at Yahoo!?

Yahoo! is ranked #14 on the Best Telecommunication Companies to Work For in America list. Zippia's Best Places to Work lists provide unbiased, data-based evaluations of companies. Rankings are based on government and proprietary data on salaries, company financial health, and employee diversity.

How much does Yahoo! pay?
The national average salary for a Yahoo! employee in the United States is $113,118 per year. Employees in the top 10 percent can make over $147,000 per year, while employees at the bottom 10 percent earn less than $86,000 per year.
9.2
Salary Score
Categories
Telecommunication Companies, Fortune 500 Companies
High Paying Jobs
Senior Director, Database Administrator
Highest Paying Location
Sunnyvale, CA
Want to know more?
Show Salaries
Average Employee Earnings

The average employee at Yahoo! earns a yearly salary of $113,118 per year, but different jobs can earn drastically different salaries. Some of the job titles with high salaries at Yahoo! are Senior Director, Database Administrator, Research Scientist, and Product Manager. A worker with the title Senior Director salary at Yahoo! can earn an average yearly salary of $199,048. Some of the other roles at Yahoo! are Customer Care Agent and Executive Assistant. A worker with the title Customer Care Agent at Yahoo! earns an average salary of $36,758 per year.
Title

On average, employees at Yahoo! stay with the company for 2.5 years. Employees most commonly join Yahoo! after leaving Google. When they leave Yahoo!, they most frequently get their next job at Cisco Systems.

Do you Work At Yahoo!? 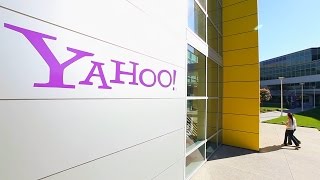 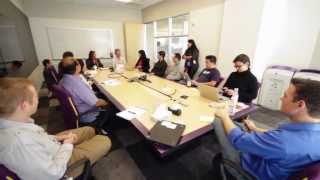 The Mobile and Emerging Products Team at Yahoo

How Would You Rate The Company Culture Of Yahoo!?

Have you worked at Yahoo!? Help other job seekers by rating Yahoo!.

When was Yahoo! founded?

How many Employees does Yahoo! have?

How much money does Yahoo! make?

Yahoo! generates $5.2B in revenue.

What industry is Yahoo! in?

Yahoo! is in the communication services industry.

What is Yahoo!'s mission?

Yahoo!'s mission statement is "Affordable Gigabit Fiber Internet for all."

What type of company is Yahoo!?

Yahoo! is a public company.

Who are Yahoo!'s competitors?

Who works at Yahoo!?

Are you an executive, HR leader, or brand manager at Yahoo!?

You can find out what it is like to work at Yahoo!, also known as YAHOO! RES LABS, Yahoo, Yahoo!, Yahoo! Inc., Yahoo! Research Labs and Yet Another Hierarchical Officious Oracle.

Zippia gives an in-depth look into the details of Yahoo!, including salaries, political affiliations, employee data, and more, in order to inform job seekers about Yahoo!. The employee data is based on information from people who have self-reported their past or current employments at Yahoo!. While we have made attempts to ensure that the information displayed are correct, Zippia is not responsible for any errors or omissions, or for the results obtained from the use of this information. The data presented on this page does not represent the view of Yahoo! and its employees or that of Zippia.