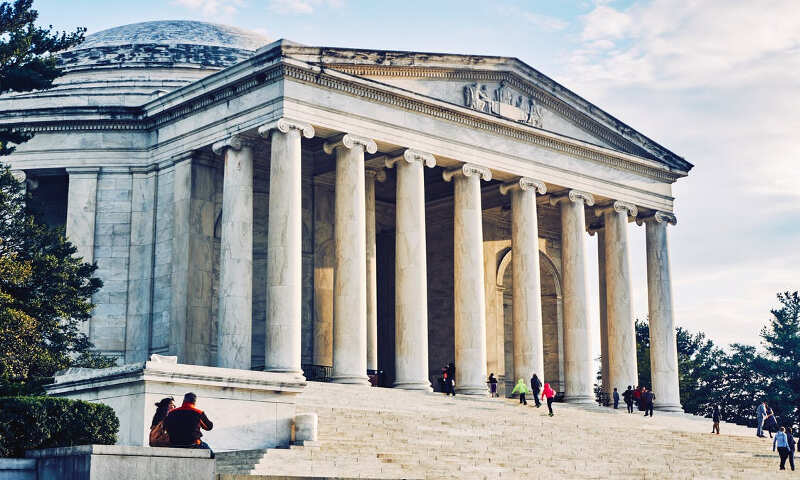 These are the 10 Best Majors for Law Schools

Getting into a four-year college is tough enough on its own, but getting into law school can be an acid test of wild proportions.

Theoretically, a person with any degree should have a fair shake at getting into law school. Realistically, of course, certain majors tend to be picked more frequently over others.

The most commonly accepted majors are what you’d probably expect — political science, psychology, history, English, and criminal justice majors all get top billing there.

So we at Zippia wondered: which undergraduate majors had the highest law school acceptance rates?

The full list can be found below, but first here’s a quick top ten:

Here’s the thing about laws: there’s a ton of them, and they’re about basically everything. Odds are that no matter what you major in, there will be some sort of law you can practice that’s related to your field.

Some of these picks are pretty straightforward, but I’m still waiting for someone to tell me what the h*ck Nuclear Engineering and Marine Studies are doing on here.

How We Determined the Best Majors for Law School

Using 2015-2016 data from the Law School Admission Council, we looked at all the majors accepted to ABA-approved law schools.

Whether one major is “better” than another for entering law school is debatable, and can vary widely depending on the preferences of individuals or programs. Some majors are more likely to give you a leg up than others on the competition, but for the most part, which major is the best for an individual is largely subjective.

What’s not subjective, however, is the percentage of certain undergraduate majors who were accepted into these law schools, so we used that data to rank each major. In the event of a tie, the major with the highest number of applicants admitted was ranked the highest.

That’s all for this one — you’ll find a more detailed top ten list below.

This major gives you a great background in American history from a sociological standpoint. Who talks to who, and how they do so, is pretty essential information when it comes to understanding and interpreting American law.

Nuclear Engineering Majors learn trigonometry, calculus, and physics — they learn how to do things like design power plants and propulsion systems.

So like, I guess they’re smart or something? And lawyers are … also smart?

Also, patent lawyers are a thing, many of which have an engineering background, so that might be related.

All useful things for law school, if your clients happen to be fish. Or, I guess, if your specialty is maritime law.

This is a little more understandable, albeit in a boring sort of way. Classical Studies is a liberal arts major focusing on classic texts or languages, which can be awful handy when it comes to parsing out the meaning of archaic laws or rulings.

It also has the added benefit of making you totally insufferable at parties, where you will not be able to stop yourself from explaining the etymology of common words to crowds of uncaring — and most likely drunk — people.

Environmental Sciences is a more mixed science major that combines basic scientific thought with climate and earth sciences in order to give students a general understanding of how people affect the environment.

This can be great for environmental lawyers specifically, or for the one barista at my local coffee shop that won’t let me throw away the cardboard holder.

Insurance and Risk Management Majors learn about exactly what their name implies, with their classes prepping them mostly for positions in insurance, finance, or production-related fields.

They are, of course, also well suited to risk management and insurance law.

Again, liberal arts majors are just well-suited in general to poring over old books and retaining minute details from them, an attribute that any lawyer or attorney ought to have in spades.

In particular, as part of their studies Literature Majors have to apply literary theories to books or various pieces of culture in order to come up with some sort of interpretation — a skill that is easily transferable to lawyering.

This is another one of those majors where the particular undergraduate subject you’ve majored in is likely to have a big effect on what sort of law you’ll be studying.

Policy Studies Majors tend to focus on public affairs, the sort of laws that affect the public at large rather than the environment or nuclear bombs or sharks with laser beams or whatever the heck else was on this list.

Linguistics is an excellent major for lawyers, as it gives them an excellent base for understanding how language itself operates — a fundamental piece of deconstructing or interpreting laws.

Much like Classics Majors, they are also annoying at parties. However, they are much less stuffy, which is something, at least.

Industrial Relations Majors are trained to manage personnel and resolve disputes, particularly those related to working conditions. As a lawyer, you’ll find yourself representing these people instead of managing them, or perhaps — if you’ve sold your soul to the Man — you’ll be representing the companies that are presumably suing them.

Putting It All Together

That’s all we’ve got. Below you’ll find the full list. Be sure to also check out our pages for the majors on this list, especially if you’re on the job hunt.

You might just find something that piques your interest.

Detailed Ranking of the Best Majors for Law School