Is the Coronavirus Killing Print Media? 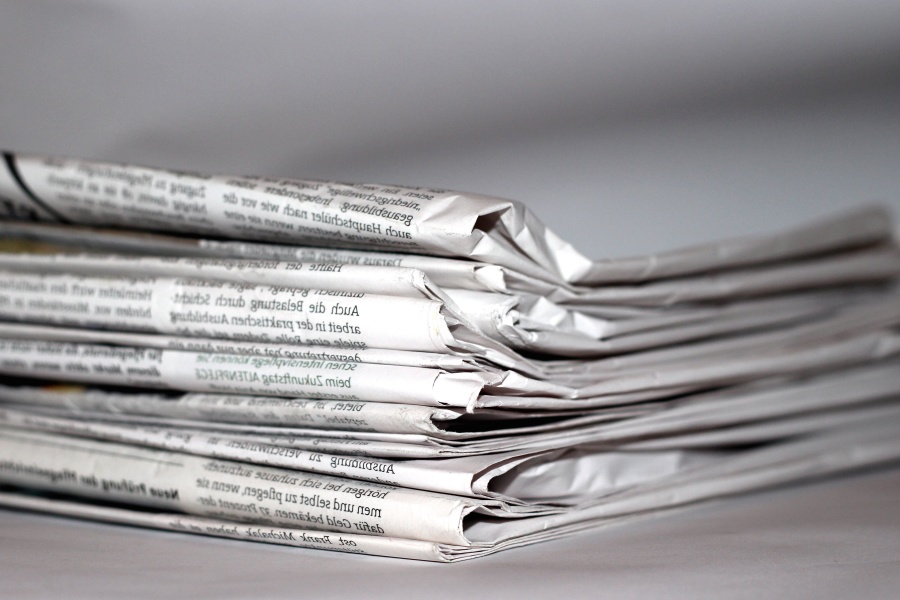 It’s no secret the printed media industry has been on a sharp decline in recent years with more and more turning to digital. Fewer and fewer physical copies of newspapers and magazines are being purchased, and those who depend on ads are struggling. With the coronavirus among us, will it be the end-all, be-all for the print industry?

While many printed media outlets have seen a dramatic rise in online subscriptions to stay up-to-date on the pandemic, they’ve also seen a major decline in ads especially with many businesses closed down momentarily or cutting unnecessary costs.

In order to find out, we’ve looked into how 20 national and 20 local printed media outlets and publishers are faring. 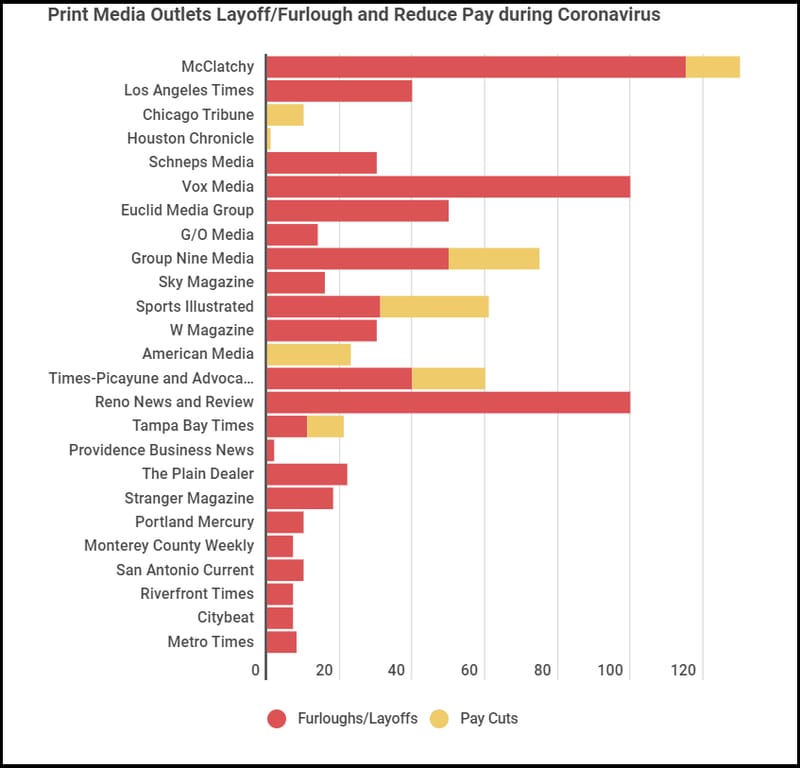 The paper’s publishing company, Gannett, announced on March 30 a series of cost reductions that would be effective immediately, such as employment furloughs and pay reductions. The furloughs will be felt in the news divisions for employees who make more than $38,000 a year. Those employees will be required to take one week of unpaid leave in April, May and June. In addition, CEO Paul Bascobert has announced he will not be taking a paycheck until the furloughs and pay reductions are reversed.

The journal has put a freeze on all hiring momentarily.

Crazy as it may seem, the New York Times is actively hiring across the entire company. Full speed ahead.

For now, the New York Post is continuing to look for people to fill certain positions.

The LA Times announced on April 14 it will be freezing all hiring, furloughing 40 employees and cutting senior managers’ pay. In addition, the paper has consolidated sections to cut back on costs.

The Washington Post is continuing to hire people for several different positions.

Even as one of the biggest newspaper publishers in the United States, McClatchy wasn’t coronavirus-proof. The company, which owns 30 newspapers, announced April 9 that it had furloughed 115 employees and 4 executives. The CEO is slashing his paycheck by 50% and 5 other executives will be taking 15% pay cuts. In the meantime, those who are furloughed will continue to be covered on the company’s health plan.

The paper’s publishing company, Tribune Publishing, announced April 9 that nonunion employees who make $67,000 a year or more will receive pay cuts of up to 10%. These cuts are a way of dealing with declining ad revenue, the company published.

The paper has 2 active listings that were posted days ago and its publishing company, Hearst, has announced there will be no layoffs. In fact, employees received a 1% pay increase. 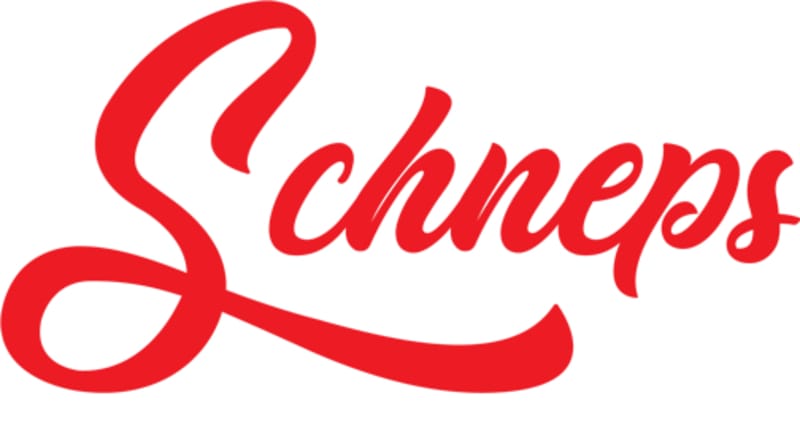 The New York-based print media publishing company has laid off or furloughed about 30 employees across its 50 local publications, which is about 20% of its current workforce.

The New York Magazine publisher announced this week it will be furloughing 100 employees for up to 3 months. The publishing company also owns SB Nation, Eater and The Verge. In addition, the company has frozen hiring and started accepting donations.

The company is ready to do anything and everything it can to get through this time. That’s why it recently laid off roughly 50 employees and furloughed 7.

On April 3 the company announced it would be laying off 14 people. 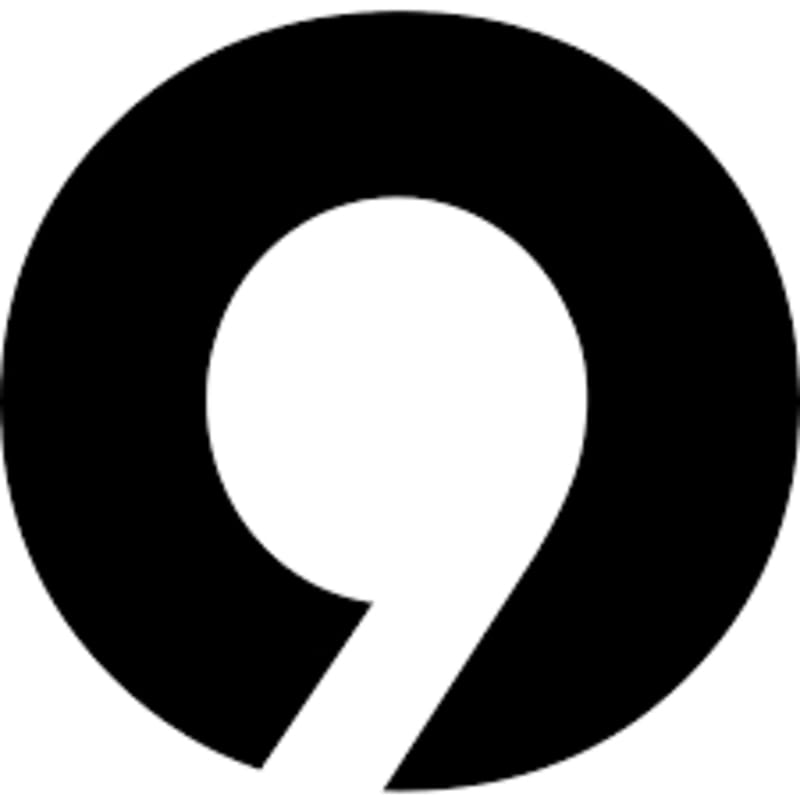 On April 7, the publisher of The Dodo and NowThis suspended 401(k) matches, initiated a hiring freeze, instituted a 25% pay cut for executives and put raises on hold. Now, the company has announced it’s laid off about 50 people and the chief executive will not receive a paycheck for 6 months. 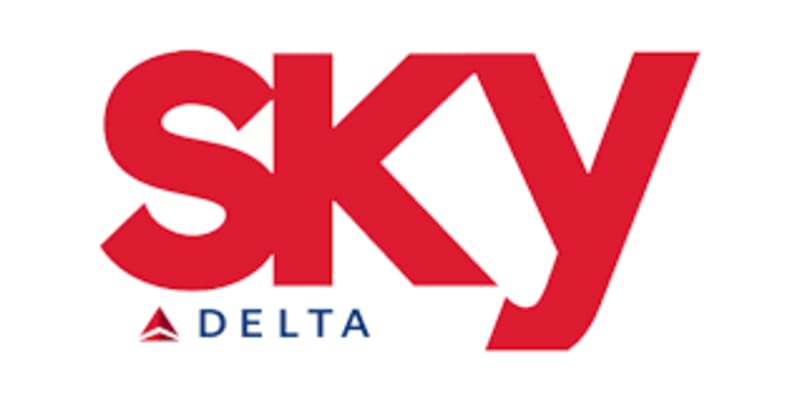 The magazine you read in the sky is no more. The 16-person team who was responsible for filling the backs of seats on Delta flights has been laid off.

The magazine’s publisher, Maven, announced it had laid off 31 people March 30 and cut executives’ pay by 30%. 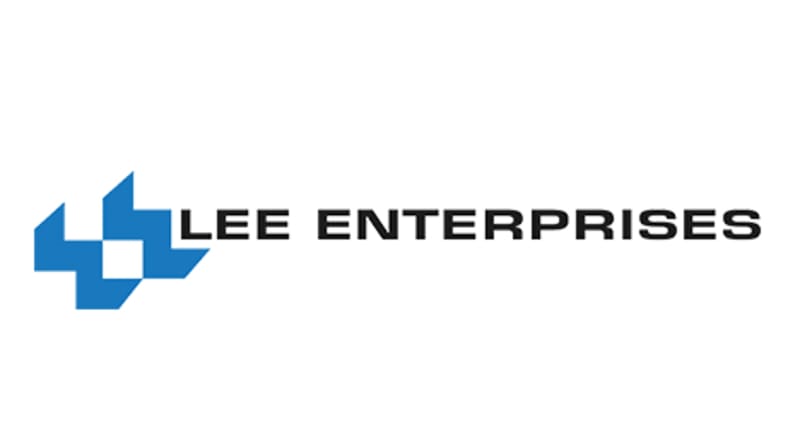 Lee Enterprises, which owns newspapers in 26 states, announced March 31 across-the-board pay cuts and said it would introduce furloughs at some point. 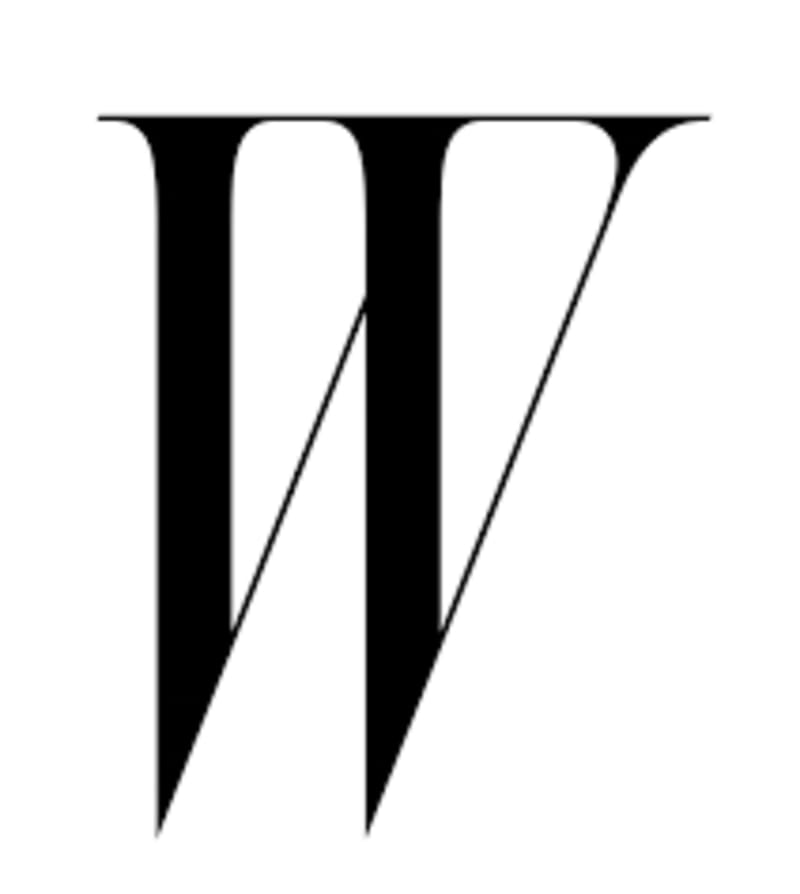 The fashion magazine’s publisher has suspended publication and furloughed 30 employees. The company is hopeful they will be able to come back once this pandemic is over.

The publisher of Us Weekly, The National Enquirer and In Touch announced it had cut the pay of all employees by 23%.

Condé Nast has put a hold on raises at Vogue, Vanity Fair and The New Yorker until further notice. A hiring slowdown ensued April 13 and leaders are considering implementing layoffs for staff members and pay cuts for executives.

Hundreds of counties around the U.S. are losing their local news sources to ongoing financial hardships. While those burdens were there before the coronavirus struck, the pandemic that’s left a hole in their ad revenues certainly didn’t help.

With nowhere to get their local news, residents are left to gossip and social media as their new sources of local “news.” We took a look at these 20 local newspapers to see what’s going on in their neck of the woods.

Layoffs: 40 Print Reduction: 3 papers a week This New Orleans newspaper announced March 23 it would be furloughing roughly 40 staff members in order to deal with the pandemic. In addition, the weekly paper will now only run 3 times a week with employees only working 4 days a week resulting in about a 20% pay cut. 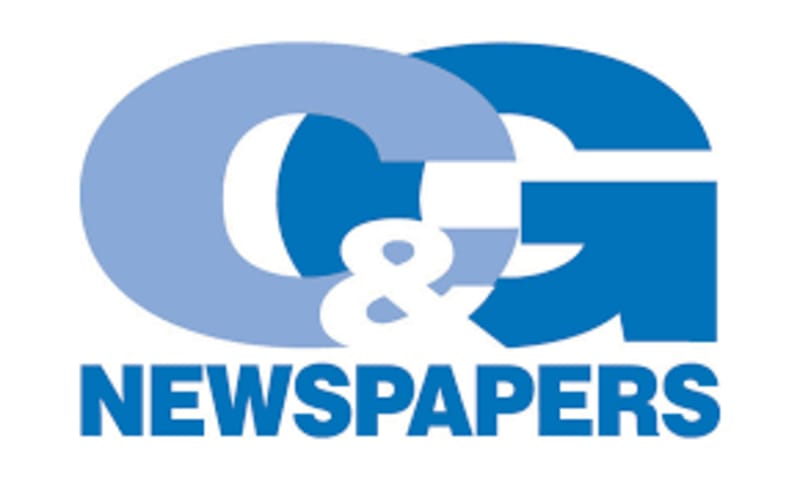 The publishing company has suspended print publication for all 19 of its newspapers that span over 3 counties in Michigan. It will continue to have news updates online.

The weekly publication in Northern Nevada laid off all of its staffers March 17, which included 60 full-time staff and 40 drivers, and suspended publication. 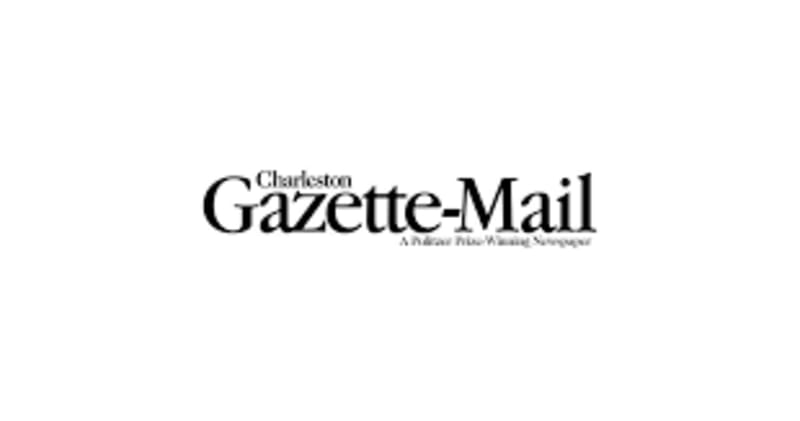 This West Virginia newspaper is temporarily laying off a few employees at this time with hopes of bouncing back when a sense of normalcy resumes.

Layoffs: Some employees Print Reduction: No

The California paper is laying off employees as it struggles during this time.

The Tampa Bay Times laid off 11 journalists March 18, and company employees went through a 13-week pay cut of 10%. Going forward other staffing reductions are expected. Additionally, the paper resorted to printing only twice weekly March 30 after losing $1 million in advertising due to this pandemic.

This Rhode Island print outlet suspended its print edition March 23 until further notice. The company has also eliminated 2 staff positions and is completely digital at the moment.

The Cleveland paper announced it had laid off 22 newsroom staff March 9, and get this, one of those 22 was the health reporter. Sometimes it’s just plain, old necessary.

The weekly magazine suspended publication March 13 and has temporarily laid off 18 employees. Nothing strange about that during these times.

The newspaper temporarily laid off 10 staff members March 14, including editorial, calendar, sales, and circulation team members. In addition, managers’ salaries have been deeply cut for the time being. 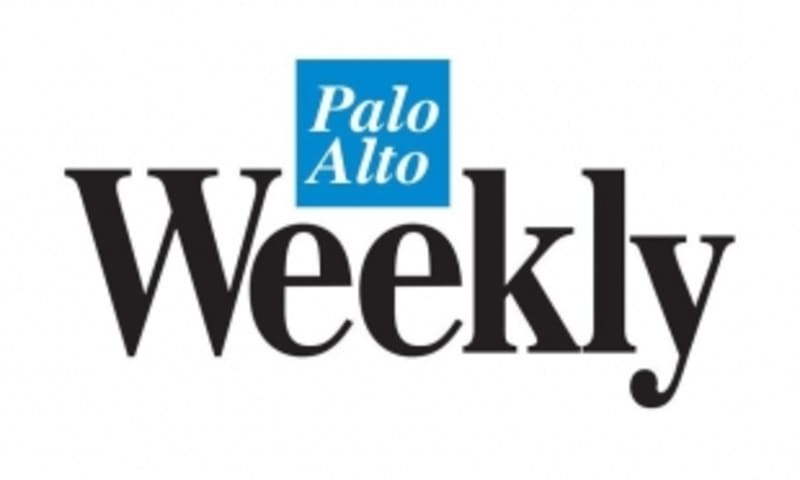 Normally the paper’s online edition has a paywall that requires payment to continue reading articles, but with the need for news so high right now that paywall has been taken down. In order to help with that loss of revenue, the paper is asking for people to subscribe and/or donate. In addition, on March 20 the paper announced it would reduce the size of the paper due to commerical businesses closing resulting in loss of ad revenue.

Until revenue conditions have improved, the paper laid off 7 staff members and cut an additional 3 staff members’ hours March 18. These staff members came from editorial, production, sales and graphic design departments. Founder and CEO Bradley Zeve is not taking a paycheck currently and Publisher Erik Cushman is taking a significant pay cut. 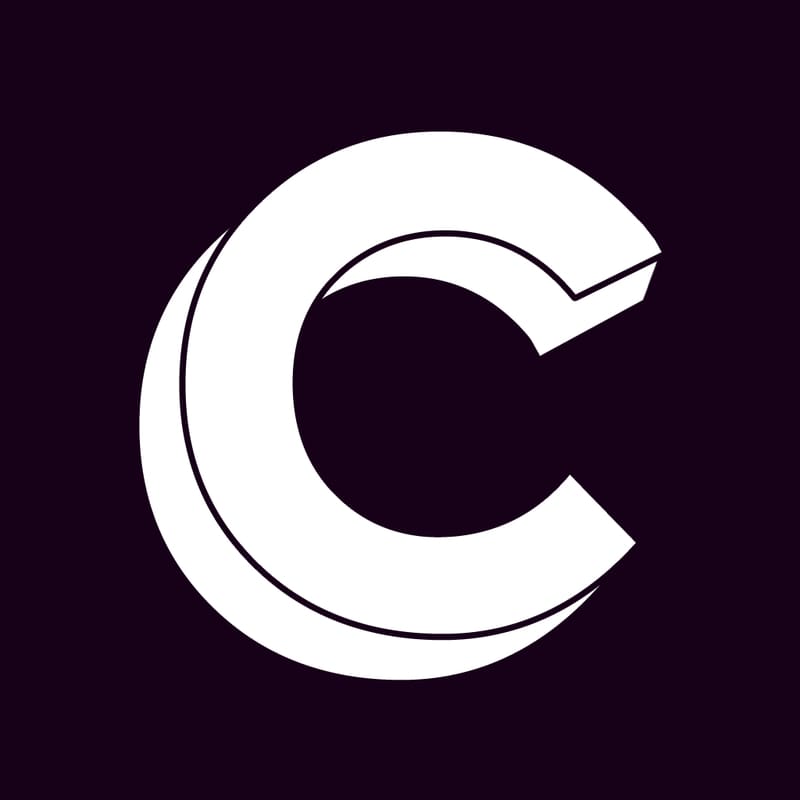 The San Antonio Current temporarily laid off 10 employees March 18 spanning across sales, production, editorial and events’ departments. Now, those who are remaining not only have to cover multiple roles but are also taking a pay cut. Given the current climate, this is no surprise.

The Austin Chronicle was hit hard financially from the cancellation of SXSW, a film and music festival. So on March the paper went from a weekly printing schedule to an every other week one. The paper has begun asking the public for donations so they can continue putting out that paper. As if the canceled SXSW wasn’t enough, a staff member recently tested positive for coronavirus so the office has to remain shut down for 14 days. 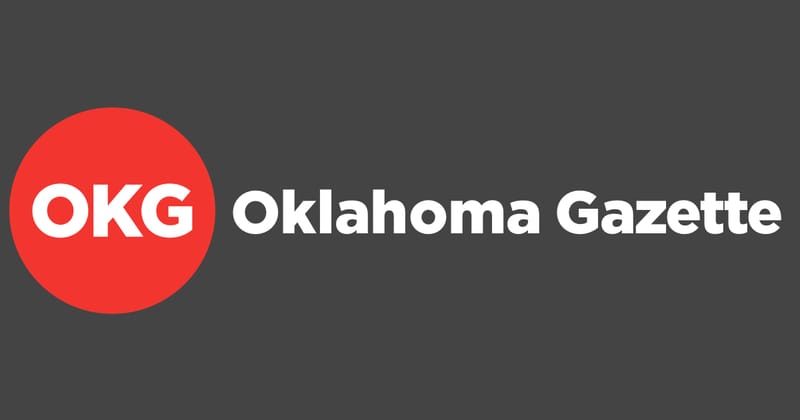 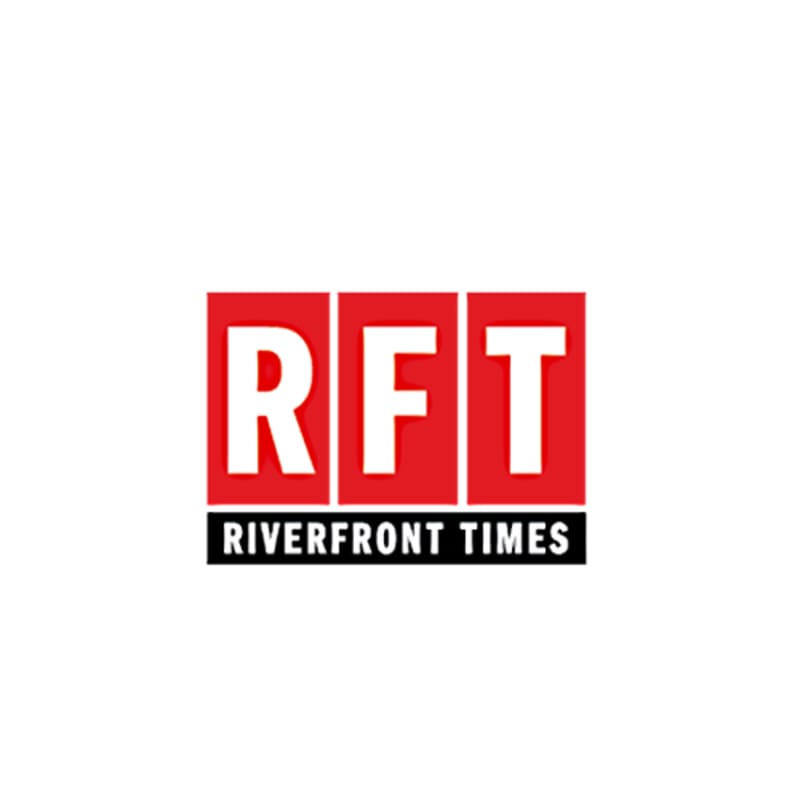 The St. Louis-based alternative paper laid off 7 employees March 18 which amounted to “nearly” it’s entire staff. The staff who remain are working diligently to ensure it’s only a temporary decision. 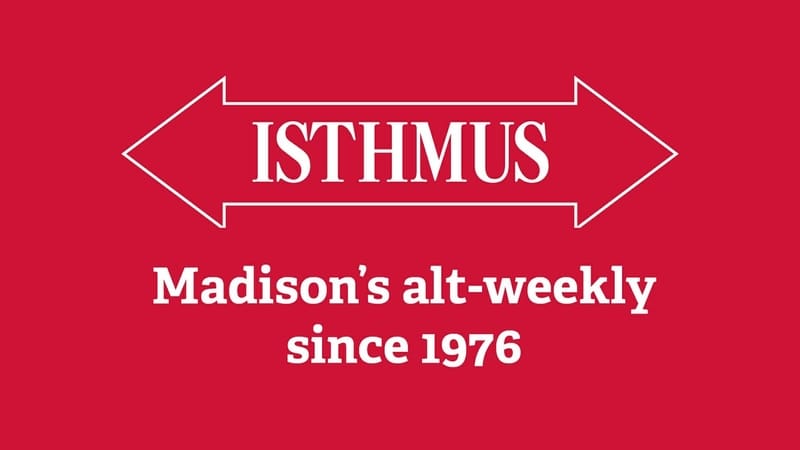 This newspaper suspended publication March 19 and instead of waiting this thing out is looking for ways to move forward into the future.

Trying to keep its heart beating, The Pulse ended print publication March 18 with ideas on how to evolve. Nothing has been ruled out from the possibility of starting a podcast to offering online editions.

Many at the Citybeat had to take on extra roles March 18 as 7 staff members were furloughed from sales, circulation, production and editorial. Those still with the paper also have taken significant pay cuts. 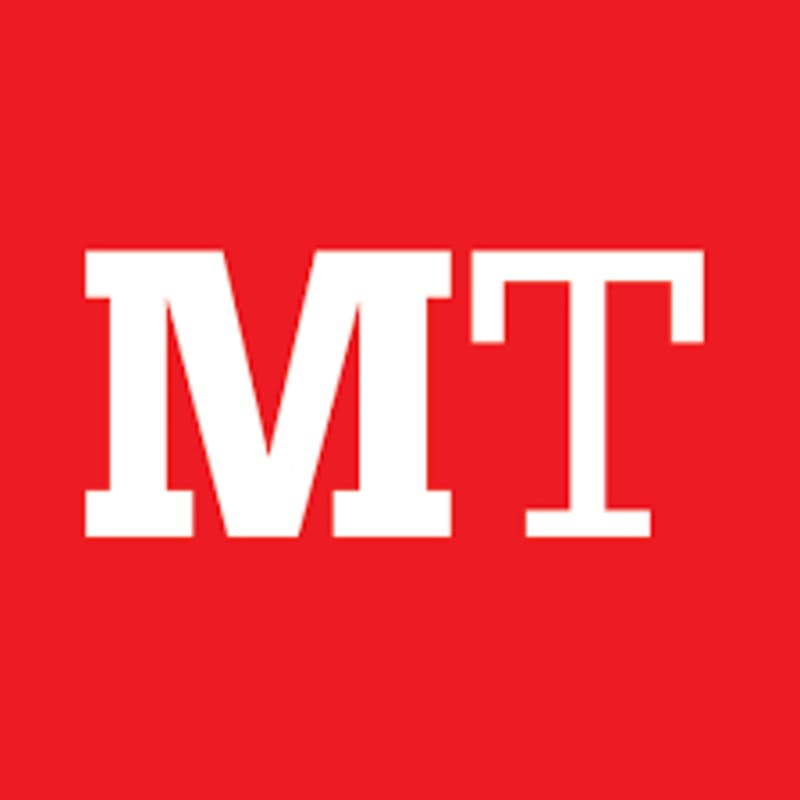 The Detroit paper laid off 8 staffers March 18 and began asking the public for help in the form of donations.

How We Found This Information

Using the Columbia Journal Review, Poynter and Buzzfeed News, we were able to determine which local print news outlets were facing the most hardships during this time. Candor has been updating their site regularly to determine which companies are freezing and actively hiring.

So, is the Print Industry Going to Die with the Coronavirus?

Since 2004, newsroom employment has shrunk by half. In fact, more than 2,100 cities and towns have lost their local newspaper to financial hardships. While it would be easy to blame the layoffs and print reductions entirely on the coronavirus, it simply isn’t the only reason.

The print media industry has been dealing with declining ad revenue and subscriptions for decades now. All of those years weakened the industry so much so that all it needed was a hurricane to end it. It seems for now that bigger print media outlets will still be around after this blows over, but this is looking to be the death of those 100-year local papers.