The Impressive Resume Of Dr. Anthony Fauci- 54 Years Of Achievement

Dr. Anthony Fauci has been many things for millions of people throughout his career. Now as we sit at home waiting to rejoin the outside world, he is a COVID-19 task force leader. Since we’ve all been leaning on his guidance for the past few months, we thought it would be fun to check into his background.

He’s had a staggering fifty-four year career, with a plethora of accomplishments, but we managed to fit them on a standard one page resume.

Unsurprisingly, the doctor has led an impeccable life. From all of the awards he’s received to being named a hero, Dr. Fauci isn’t here to mess around. He means business. Sometimes business means having an excellent track record. No, really. As in 7 miles around the track excellent. In the prime of his career, Fauci faced the fight against HIV/AIDS by running 7 miles every day. Even now, at 79, he still is running at least 3.5 miles a day (he said he had to cut back due to working 19 hours a day). But if you think this is surprising, then this next part is really going to throw you.

Dr. Fauci used to be an excellent basketball player (nay, leader) in high school. Despite his height, which gets brought up a lot, Dr. Fauci’s ability to lead his team was similar to how he’s led the United States through some tough times. During a specifically rough basketball season, Dr. Fauci led his team to victory against a team they shouldn’t have beat. The game was expected to be a blowout, but with the team’s captain (Fauci himself) in their corner, Fauci’s team pulled off the win. With more and more people falling victim to COVID-19 every day, millions are waiting for our captain to pull an unexpected victory out once again. 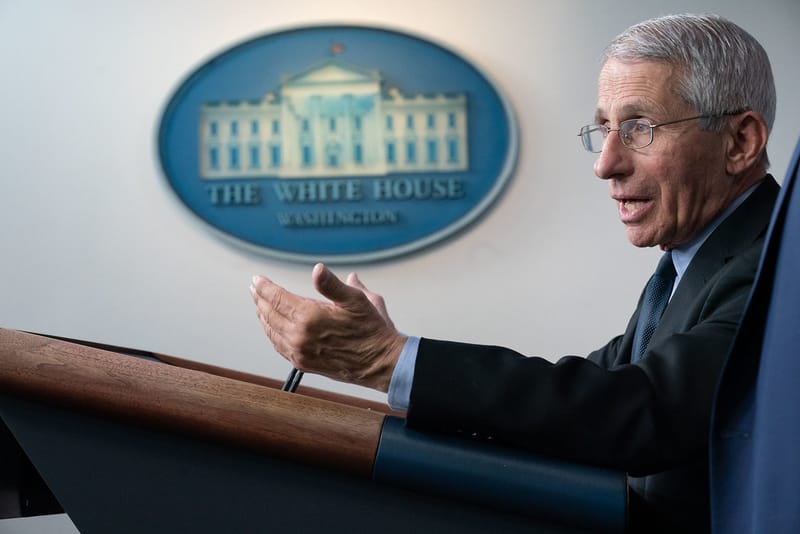 Other Aspects Worth Noting

Hero isn’t a word used lightly, but at this point, Dr. Fauci is used to it. It all started back in 1988 when George H.W. Bush was asked who his heroes were. He answered, “I think of Dr. Fauci.” It happened again in 2016 when Ohio State University President Michael Drake introduced Fauci as an American hero. Now, more than ever, he’s being referred to as “Coronavirus Hero” and a “Public Health Hero.”

He didn’t earn this title overnight though. He certainly didn’t earn it while sitting on his couch. Dr. Fauci has kept up 16-hour workdays during most, if not all, of his career. That obviously leaves very little time for sleep and relaxing, but instead offers more time to be involved in the medical community. This includes being a member of:

Dr. Fauci also serves on the editorial boards of many scientific journals and was an editor of “Harrison’s Principles of Internal Medicine. To add to his incredible rap sheet, Fauci has authored, co-authored, and edited more than 1,300 scientific publications and textbooks.

In comparison to the “Hamilton” musical song “Nonstop,” Dr. Fauci may be a modern Alexander Hamilton. “Every day you fight like you’re running out of time.” Dr. Fauci is nonstop it seems, and he’s not tired yet. “I feel like I’m 45. And I act like I’m 35,” Fauci told Politco. “When I start to feel like I don’t have the energy to do the job, whatever my age, I’ll walk away and write my book.”