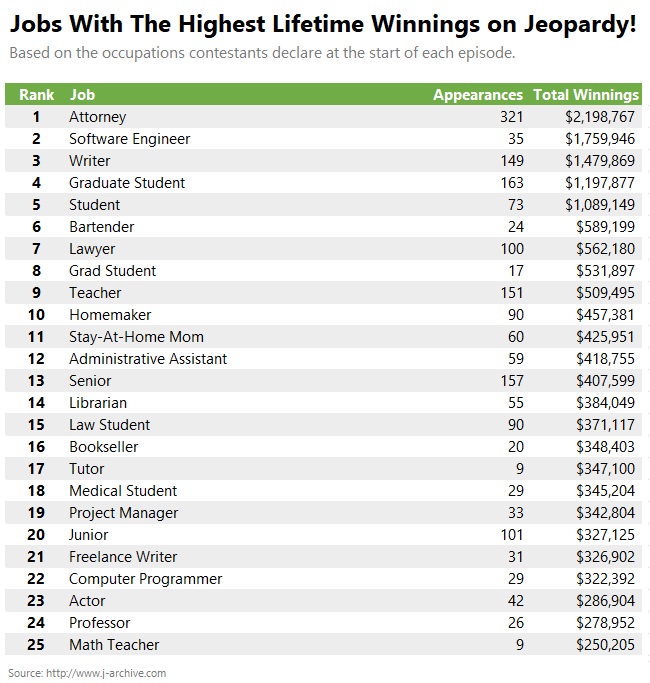 These Are The Jobs With The Highest Lifetime Winnings On Jeopardy!

Jeopardy! begins each show with some awesome theme music accompanied by introductions for its contestants with the famous following format:

An attorney from Los Angeles, California…

Why’d we pick “attorney” and “Los Angeles”? Because those happen to be the most common profession and location declared by contestants.

And with all the news about the pronunciation of “Gangsters Paradise”, we thought we’d take a dive into which professions would never mispronounce it — the occupations with highest lifetime winnings on the show.

Turns out that attorneys, in addition to being the most common profession mentioned, also have the highest lifetime earnings. Although, it definitely helps that they have appeared almost twice as often as the next most common “profession”, graduate student.

Here’s a look at the key findings. All data came from the excellent J-Archive: 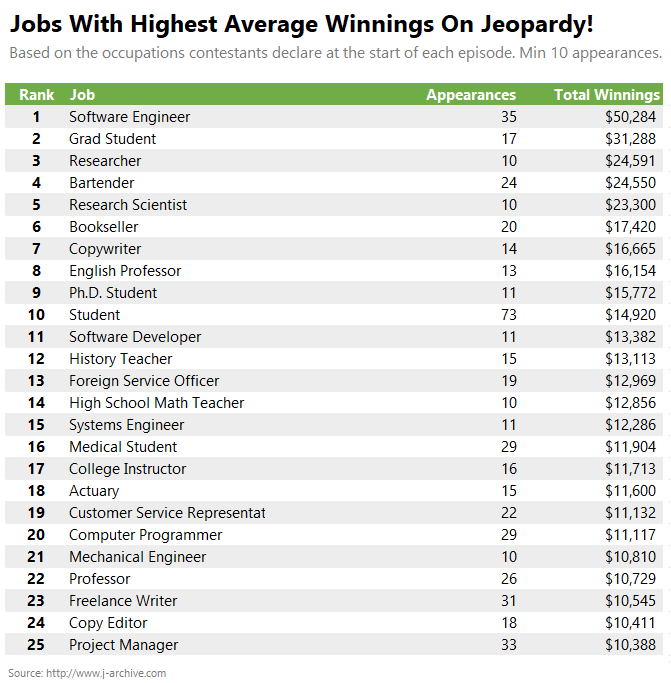 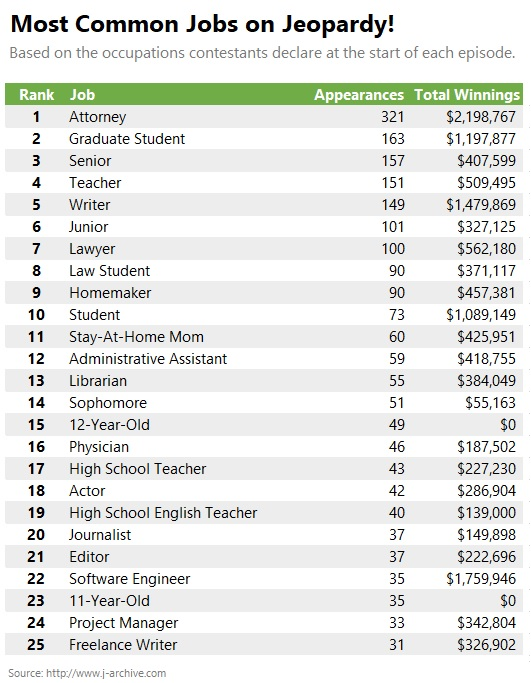