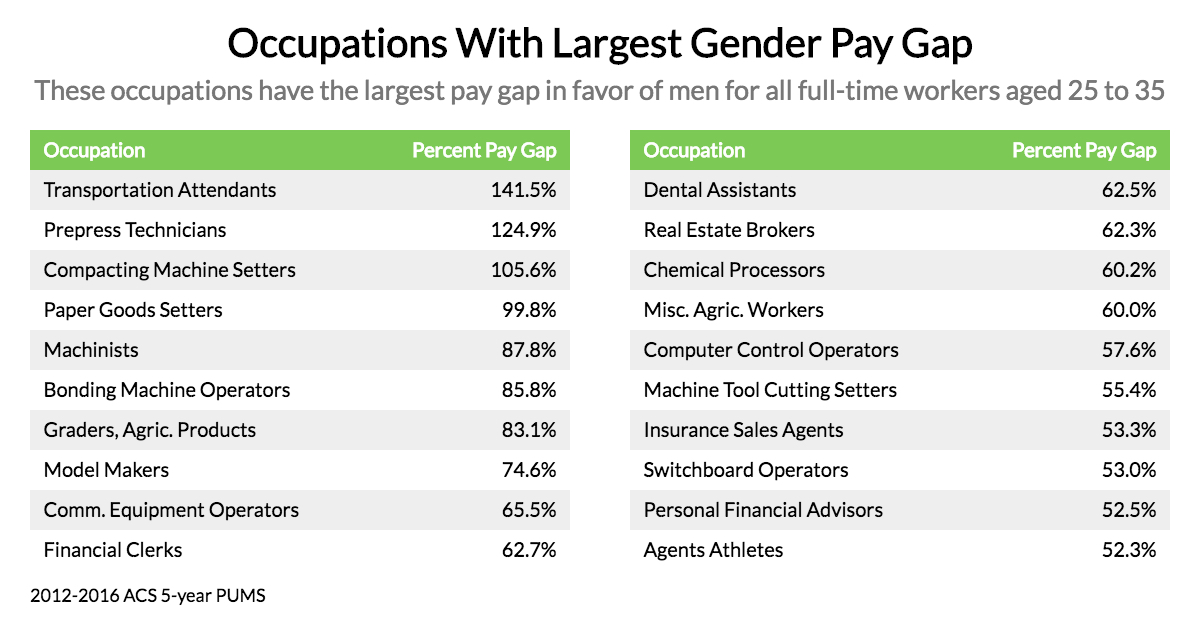 Good news for women throughout the country: The gender pay gap has closed significantly over the last four decades.

Bad news: There are still plenty of occupations that lack in equal pay.

This is especially true during the ages of 25 to 35 – the years when most women have children.

A recent article by the New York Times highlighted the fact that most women who bear children during these ages fail to ever close the pay gap between themselves and their husbands. In fact, the study found that women earn $12,600 less than men before children are born and $25,100 less afterwards.

We wanted to focus on what occupations are the main culprits of this outcome, so we delved a little further into the data.

While that number by itself isn’t worthwhile, that’s nearly $20,000(!!!) more than what the average female transportation attendant of the same demographic earns ($13,716).

Here are some other occupations with large gender pay gaps.

Just for kicks, we also wanted to analyze those occupations where women ages 25 to 35 experience a higher average pay than men. 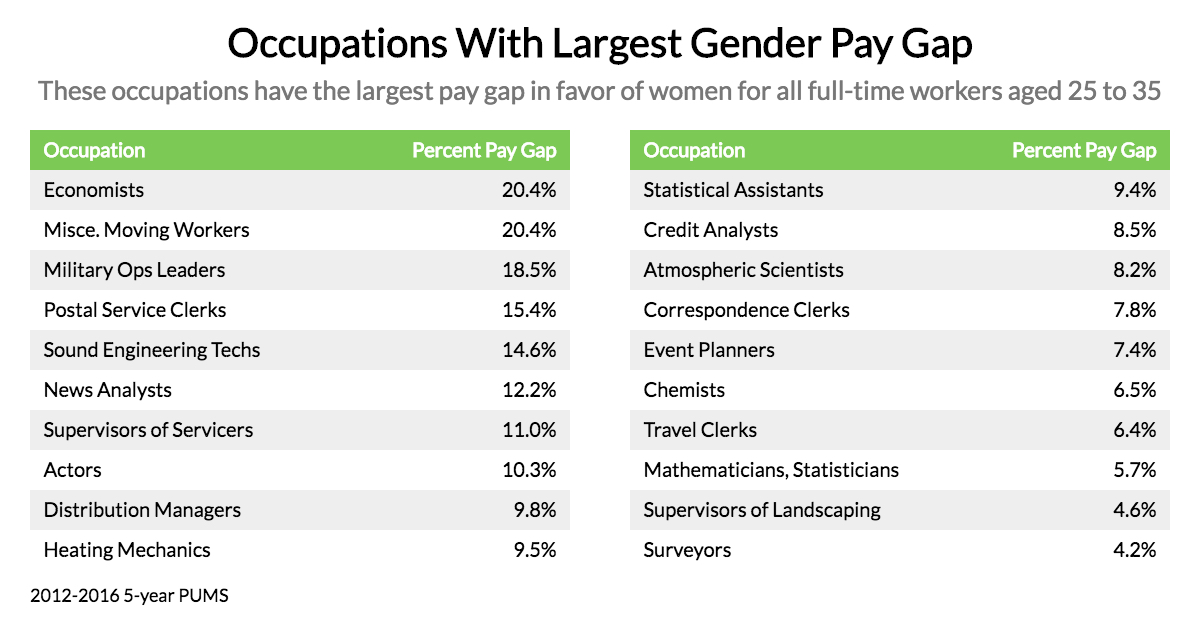 We analyzed data from the American Community Survey’s PUMS 2012-2016 database to see what occupations exhibit the largest pay gaps for full-time workers ages 25 to 35. To ensure accuracy, we only analyzed those occupation titles with over 1,000 workers for both men and women.

Finally, the pay gap number was divided by the female average to provide the percent pay gap for men.

For example, the following is the data we used to find the percent pay gap for transportation attendants:

If the percent pay gap for men was a negative number, this meant that women actually experienced the benefit of an average pay increase for that position.

For conciseness, we whittled the occupations down to the top 20 positions that show pay favoritism for men and women each.