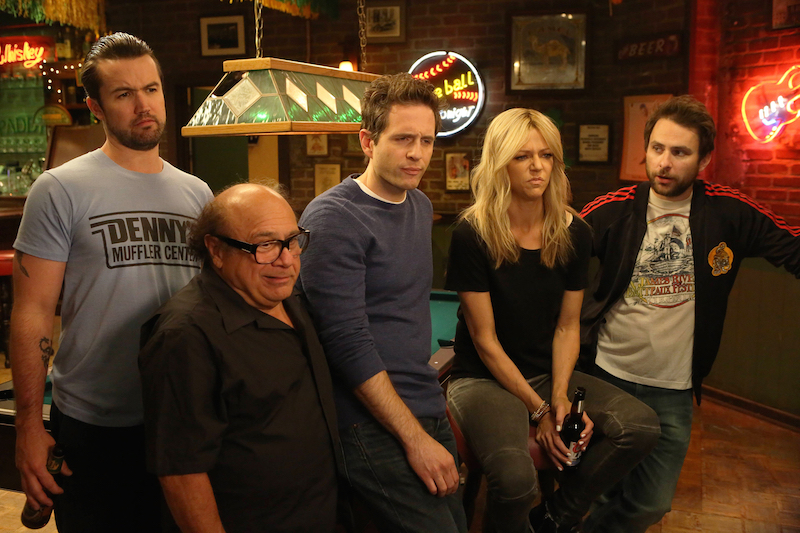 The Gang Goes Broke: Estimating the Revenue and Profit of Paddy’s Irish Pub 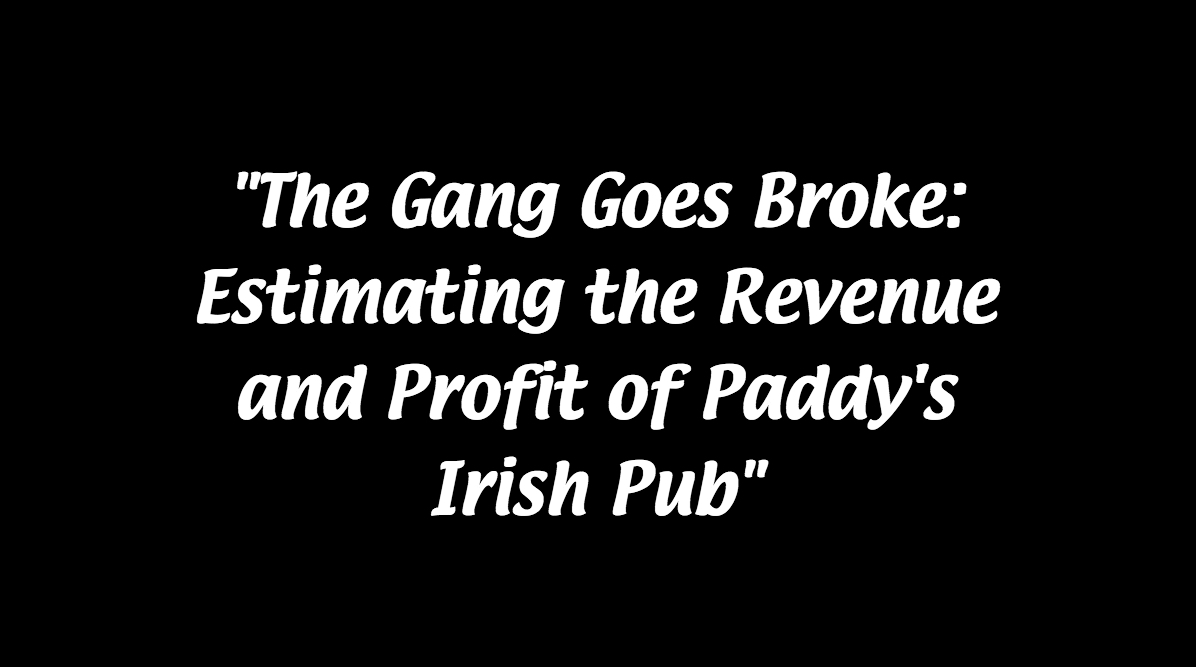 One of the running jokes throughout It’s Always Sunny in Philadelphia is how The Gang is even able to keep their bar, Paddy’s Irish Pub, up and running. It’s no secret that Frank and the income he makes from his mysterious (and questionable) business ventures allows him to keep the bar afloat and bail The Gang out of their various jams.

But we were wondering — how much revenue does The Gang actually rake in from the business they get at Paddy’s Pub?

First of all, it’s doubtful that anyone in the bar actually gets paid, so we can pretty much eliminate salary from the total revenue. We can assume that Frank pays for the bar’s rent, the cost of stocking the bar, and he pays the rent for at least a few of The Gang’s apartments — we know for a fact that he pays for his and Charlie’s apartment, along with Sweet Dee’s.

Follow along as we go on a journey to understand how The Gang manages to keep Paddy’s Pub in business and rake in any revenue at all.

First thing’s first, what exactly does The Gang serve at Paddy’s Pub?

Well, we never see anyone actually eating in the bar unless it’s food from an outside source, so we can completely take food off the table. Plus, if anyone actually ate there, we would really question their judgement. We can assume that Paddy’s Pub serves alcohol only.

Now that we’ve decided that Paddy’s is an alcohol-only establishment, we’ve got to figure out just what form of alcohol they serve.

Well, we all know that Sweet Dee doesn’t know how to make cocktails, as she quits in the episode “The Great Recession” when Dennis and Mac test her bartending skills by asking her to make them a mixed drink.

We can also assume they don’t serve wine very frequently, as Sweet Dee has been known to slur homophobic comments to people who order wine at Paddy’s Pub, as seen in the episode “Paddy’s Pub: The Worst Bar in Philadelphia.”

Now we’ve narrowed down our beverage options to good ol’ fashioned beer. The Gang can be seen drinking beer in essentially every episode of the show, and we can assume that most of their customers are drinking beer too.

The cost of beer can typically range anywhere from $2.50 to $10. Because Paddy’s Pub is a dive bar, we’re going to assume that their average cost of beer is $5.

We looked at the third season of It’s Always Sunny in Philadelphia to figure out just how many customers Paddy’s Pub gets in a month. For the sake of this article, let’s say that one season is equal to one month of real time.

We wanted to help The Gang out, and in this season Paddy’s hosts three different events that rake in more customers than usual. We call these days “Miracle Days.”

Paddy’s Pub has around 15-20 stools (we’ll go with 20, because we like The Gang so much), and five booths that can each comfortably seat four people.

So, the maximum seating capacity at Paddy’s Irish Pub is 40 people — but Paddy’s is a bar, and if you’ve ever been to bar before, you know there’s a lot of standing going on. We’ll say that the maximum capacity for Paddy’s Pub is 100 people.

As we all know, Paddy’s Pub isn’t packed to the brim every day of the year. So aside from these three miracle days, we can typically find three to five barflies that hang around everyday (RIP Ernie).

Number of Paying Customers for 31 Days

We’ll say that this month we’re evaluating is 31 days. Business is pretty slow for the 28 days that those big events don’t take place, so The Gang really relies on those barflies for their income.

Let’s say Paddy’s has three to five regulars who hang out everyday. Out of generosity, let’s agree that these people hang around for five drinks. We’ll take the average of those numbers and say that Paddy’s has four regulars everyday for a month.

During season 3 of It’s Always Sunny in Philadelphia, three separate events occur that bring in way more customers than usual. These events occur in the episodes:

Seeing as the maximum capacity for Paddy’s Pub is 100 people, lets say those first two miracles bring in 150 customers. We all know people go in and out of bars all night, so we’re adding 50 to help The Gang out.

The dance marathon miracle, we’ll say that they bring in 100 customers that day.

How Much Money is Each Customer Spending?

How Much Total Revenue does Paddy’s Earn per Year?

Let’s add 15 percent to that revenue for tips (there’s no way their service is good enough for a full 20 percent), which brings our total annual revenue to $69,000 per year.

How Much of that is Profit?

Let’s take a quick look at what a typical bar’s expenditures look like according to Forbes:

To calculate the profit, we’re going to subtract the total expenditures from Paddy’s total revenue:

Moral of the Story: Thank You, Frank, and Your Mysterious Disposable Income

If Paddy’s Irish Pub was a real bar, with a total annual revenue of $69,000 and an annual profit of $36,570 each year, it would be really hard to get by in their Philadelphia location.

But, luckily for The Gang, they’re “old poor,” so they’d know just how to handle the situation. Plus, they’ve got Frank, and he’s always there to bail The Gang out of their jams. 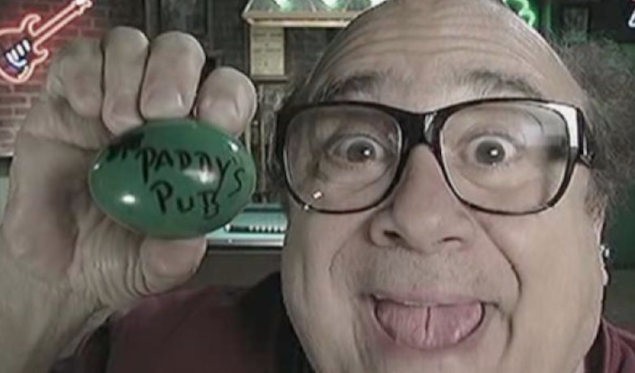 Can we offer you an egg in this trying time?