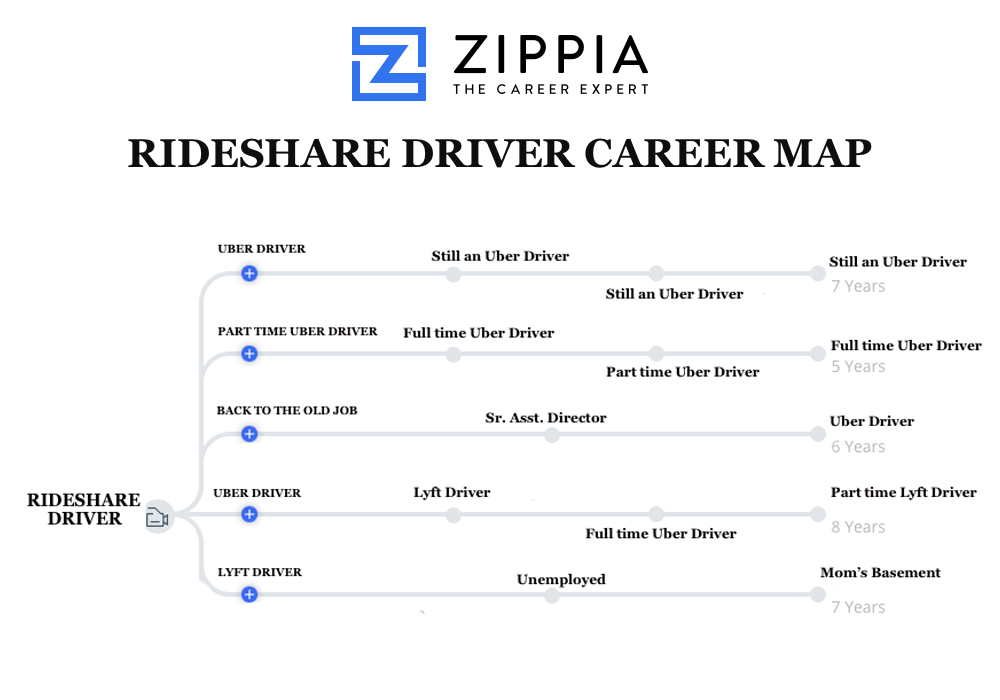 So, everyone is talking about the major rideshare strike where thousands of Uber and Lyft drivers took to the streets to protest wages, and turned off their apps in major cities like San Diego, San Francisco, Boston and Chicago.

Drivers feel they deserve raises for longevity and loyalty to rideshare companies, not having their wages cut.

Since we’re the career experts, and we specialize in career maps for just about every college major you can think of, we thought why not make a career map for rideshare drivers?

Typically, our career maps show job promotion patterns for college grads as they complete school and move out into the real world. It’s all based on real resume data, updated in real time.

Since it’s early in the rideshare economy, we don’t have enough data to plot a rideshare driver career map. So, we had to take liberties to make one up, tongue and cheek.