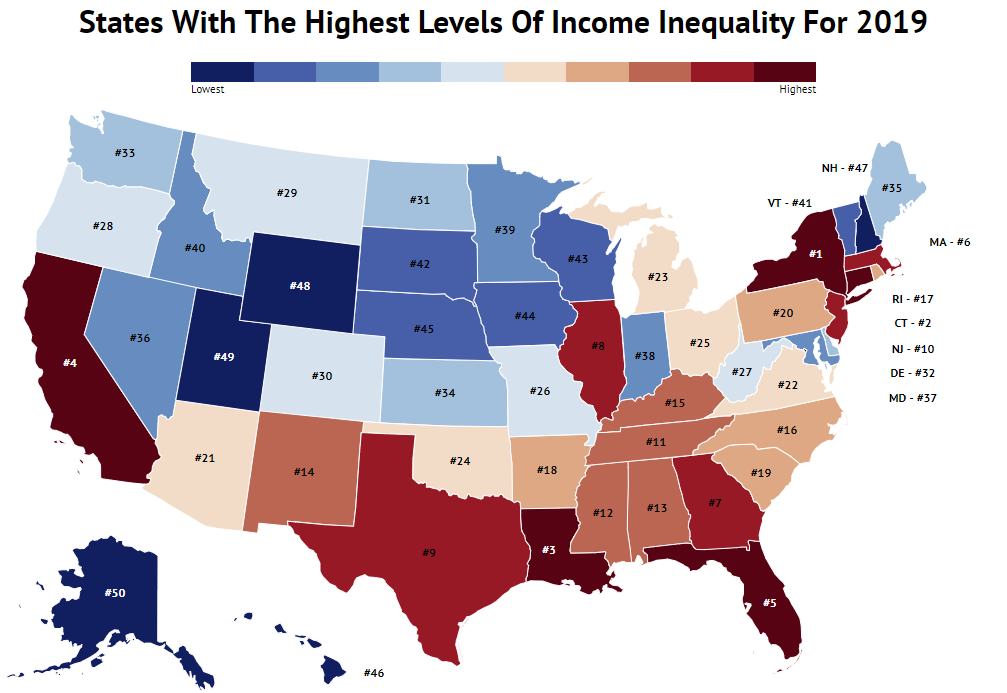 News about the economy is in the news everyday, and by all accounts, it looks like America is doing pretty well.

However, income inequality has been a problem that we have yet to figure out a proper solution for.

Income inequality gained widespread attention during the 99% percent movement in late 2011. With demonstrations like Occupy Wall Street, protesters have brought visibility to the impact increasing income inequality has had on America over the course of the last 50 years.

But with all the attention paid to income inequality, and the economy doing so well, has anything changed?

According to the most recent American Community Survey data, not really.

Income inequality has increased in all 50 states from 2010 to 2017. And this is in spite of earnest efforts by several grassroots organizations to push back against the rising inequities in America.

We broke down the American Community Survey data in detail to see geographical trends in the data over the past 7 years of available data. Here’s what we found:

Some details on the methodology

For this report, we analyzed five year data sets ending in 2010 and 2017 from the American Community Survey.

We then analyzed the Gini coefficient for each state in both time periods.

You can read more about the Gini coefficient here, but at a high level, it is a normalized measure of inequality. Note that we scaled it by 100 for readability. On a scale of 0 to 100, 0 represents total equality. 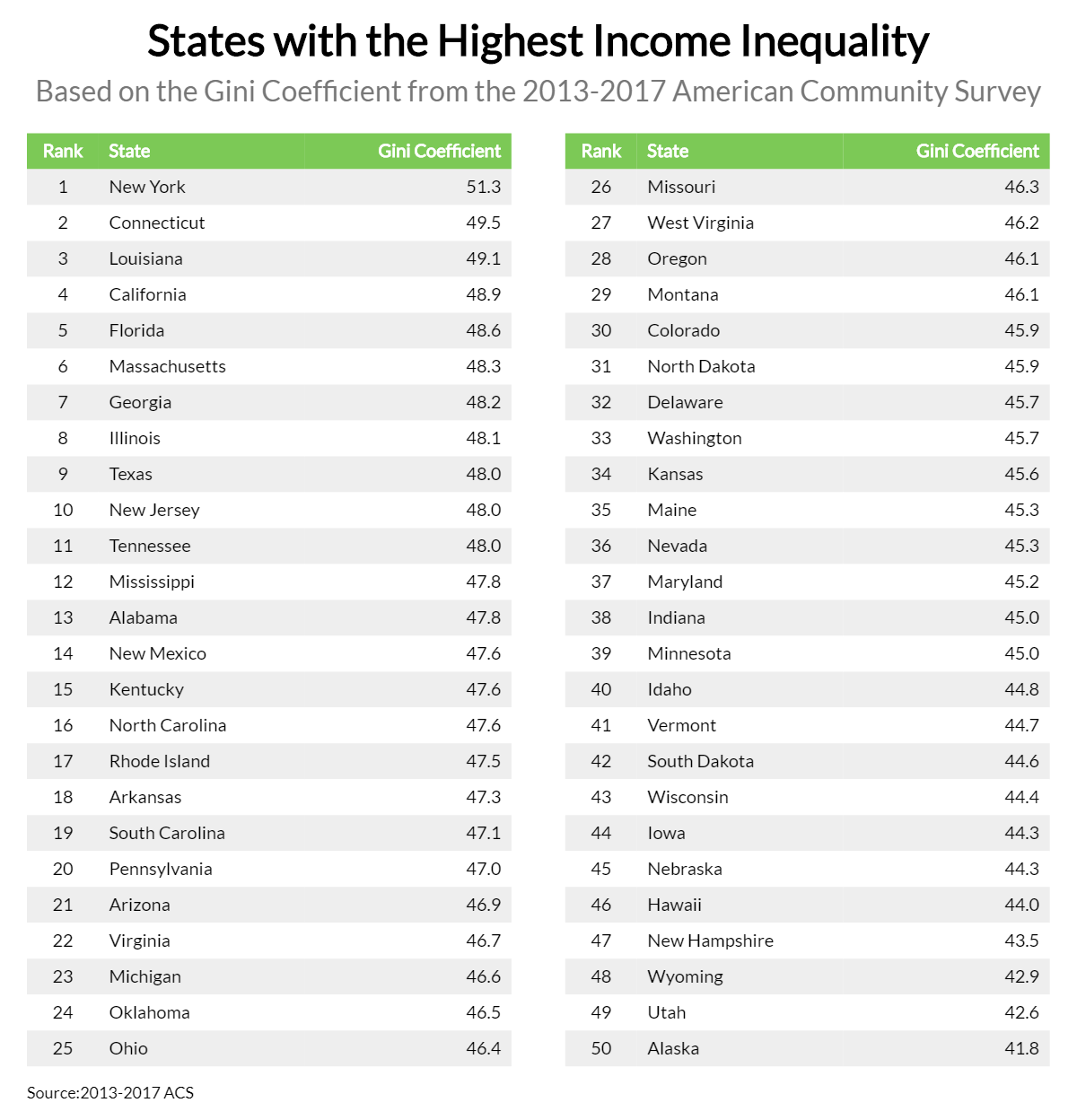 To give you a better sense of how we fare globally, we compared the U.S. and U.S. states to the rest of the world:

And here’s a different way to look at the data for the states: 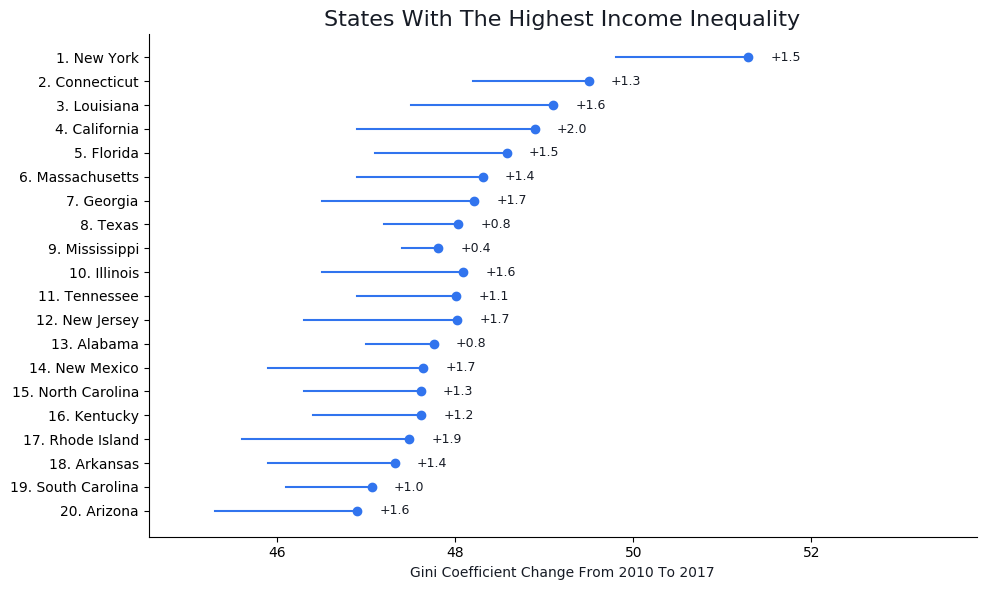 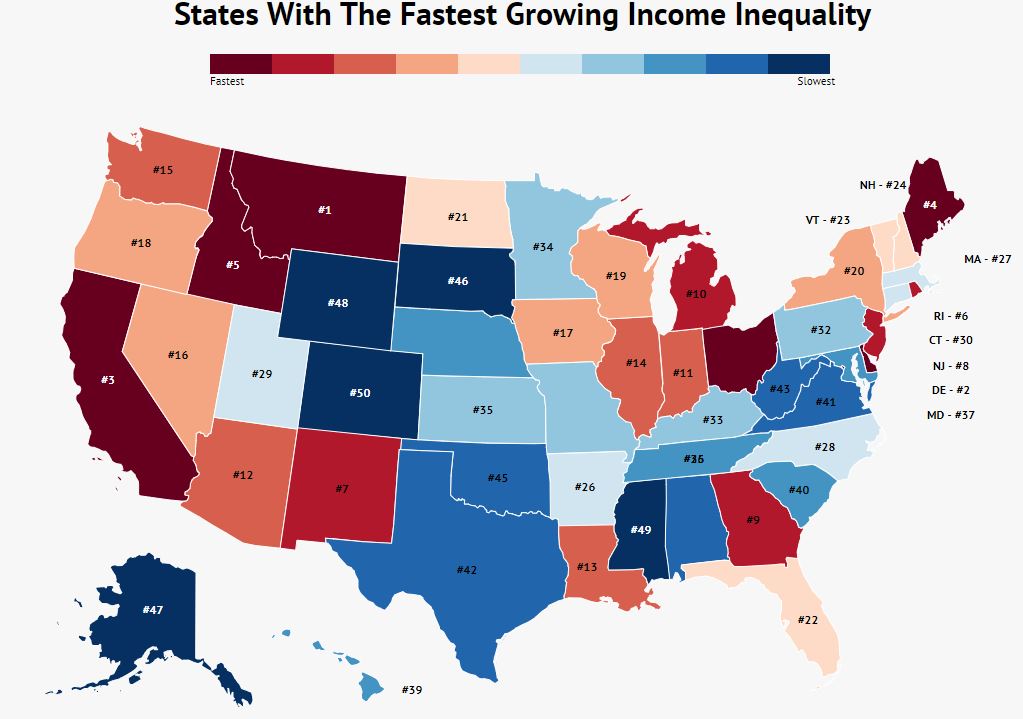 And here’s another way to look at the data: 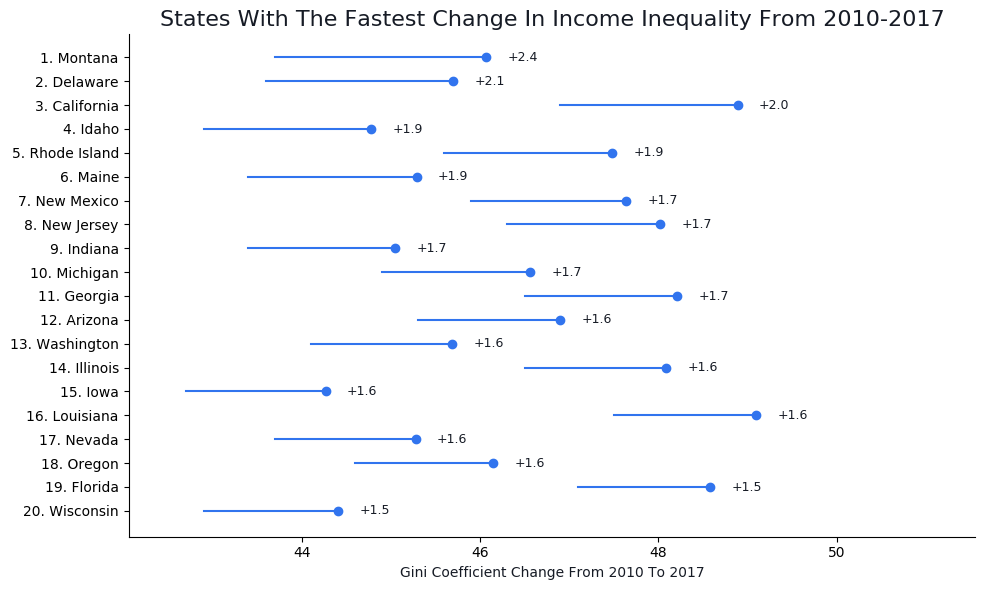