North Carolina has it all — beaches, mountains, college sports, food, and, for the most part, jobs.

But certain parts of the Tar Heel State do a much better job at helping you get employed than others.

To help you better understand parts of the state that might not be gold mines, we decided to sit down and look at the data to pin-point the under-performers of North Carolina.

After many hours of analysis, we arrived at this list of the worst places in North Carolina to get a job:

Read on to find out how we determined which places would be the first ones fired from North Carolina.

For more NC reading, check out:

After getting the data for about 740 places in North Carolina, we ultimately decided to limit our analysis to places with over 5,000 people to keep things as apples to apples as possible.

We then ranked each place across a number of criteria from one to 146, with 146 being the worst.

Finally, we then took the average rank across all criteria, with the place posting the highest overall score gaining the title “Worst Place For Jobs In North Carolina”.

Roanoke Rapids takes the dubious distinction as the worst place in North Carolina to get a job.

Combine poor job growth with a relatively high unemployment rate (5th worst overall) and it’s not hard to see why Roanoke Rapids took this spot in our analysis. 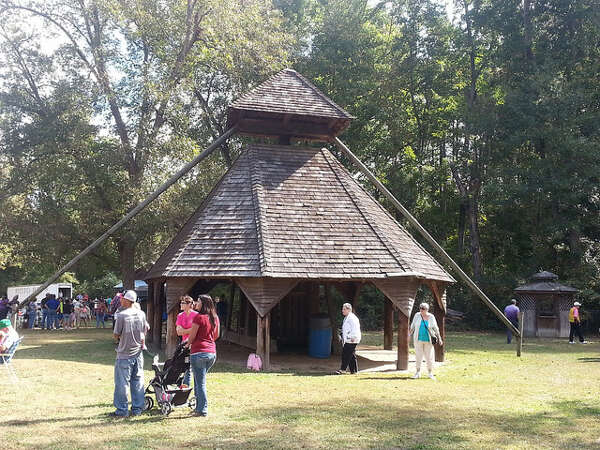 Laurinburg comes in second on our list of the worst places in North Carolina to get a job, but not for lack of trying.

Some how the small city avoided the top spot even though it pulled out the triple crown of thorns — worst unemployment, recent job growth, and future job growth of all the places we looked at in North Carolina. 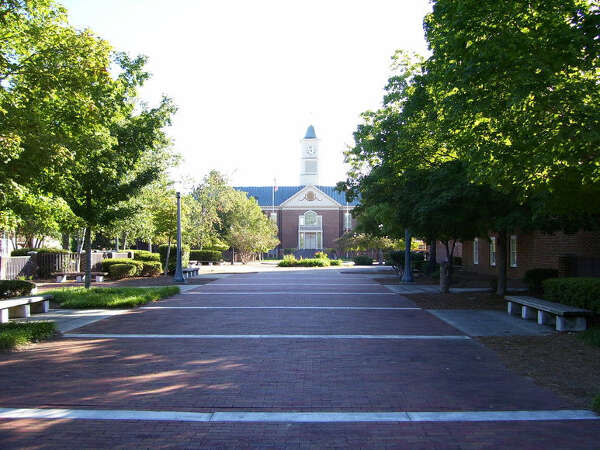 Ranking in 3rd place, Tarboro, the county seat of Edgecombe County, takes a seat on our list as one of the worst places to get a job in North Carolina.

The second highest unemployment rate in the state for the places we analyzed and a bottom ten finishing in future job growth earned Tarboro this ranking.

That being said, the city had the strongest recent growth of any city in the bottom ten. 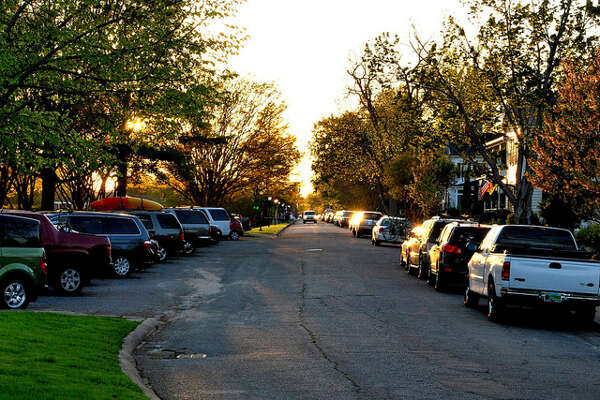 Edenton, the smallest town on our list. manages to beat a lot of its bigger brothers to take fourth place.

The town had the 3rd lowest recent growth rate and sixth lowest prospective growth rate. Its median household income ranks as the 11th lowest out of the 146 places we analyzed. 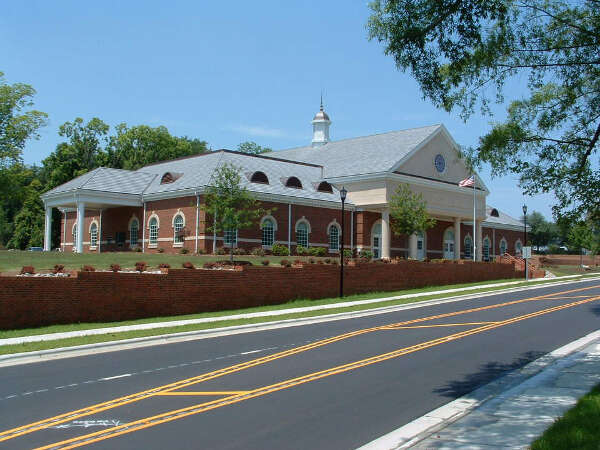 The fifth worst place to get a job in North Carolina, Rockingham follows a similar path as the places prior to it within the ranking.

Recent job growth pose a problem for Rockingham, along with an unemployment rate that marks as the 11th worst in the state.

A relatively high median household income prevented the town from placing ahead of Edenton. 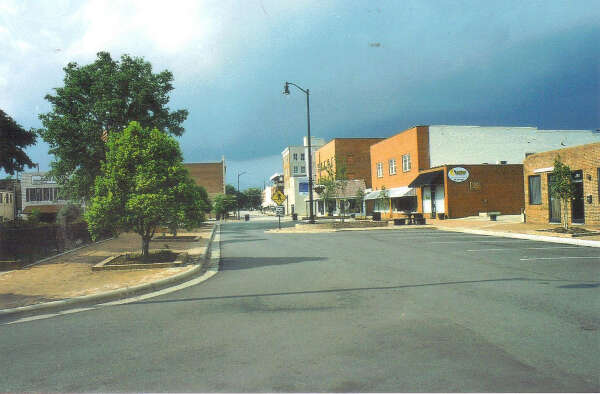 Lumberton ranks as the 6th worst place for jobs in North Carolina.

The biggest city in the worst 10 places, Lumberton’s statistic mimic Tarboro — relatively (for the bottom ten) strong recent job growth that doesn’t make up for the current level of unemployment. 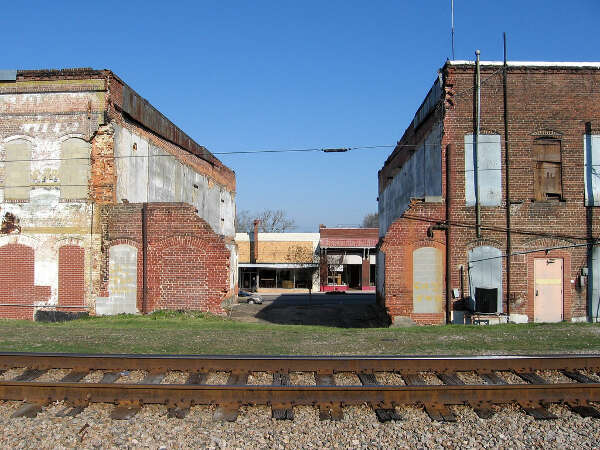 The county seat of Vance County, Henderson stands as the lone representative of the county on our list of the worst places in North Carolina to get a job.

Relatively low sales taxes prevented the city from appearing higher on the list. 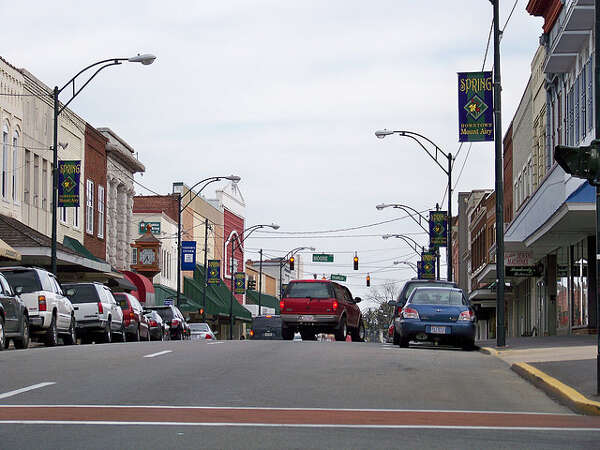 Coming in 8th is Mount Airy.

Not take the air out of its sails, but slow recent job growth and a median household income in the bottom 20% of places in North Carolina landed Mount Airy on this list.

However, the city is at the top of the (small) mountain when it comes to unemployment rate — it has the best of any place in our ten worst. 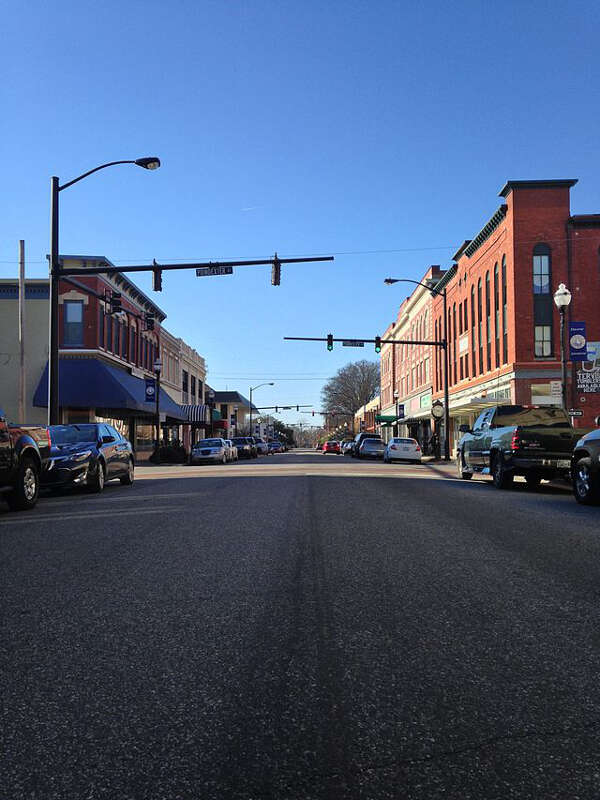 It almost seems like the city takes a ride on the Dismal Swamp Canal when it comes to getting a job. 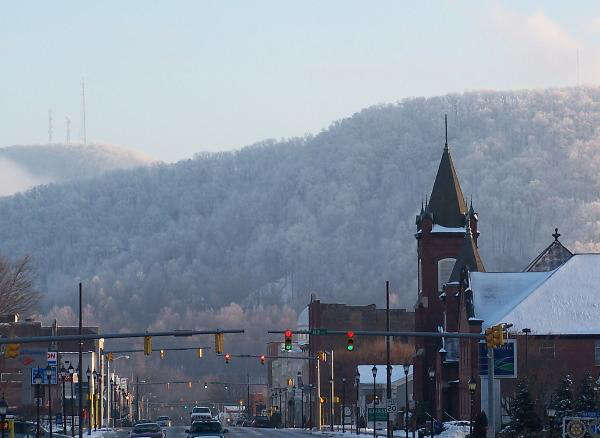 And rounding out the 10 worst places to get a job in North Carolina is Marion.

Located almost as far away from Elizabeth City as possible in western North Carolina, it took a different path into the top ten. Namely, Marion has the lowest median household income of any city in the top ten.

On the bright side, the Blue Ridge Mountains are only a rocks throw away.

There you have it when it comes to the worst places to get a job.

The big cities of North Carolina define the state’s job market — the further you live from Raleigh, Charlotte, and Asheville, the harder jobs are to come by.

Interestingly enough, no two places border one another forming something of a shotgun pattern around the state.

A shotgun pattern of weak job prospects that is.