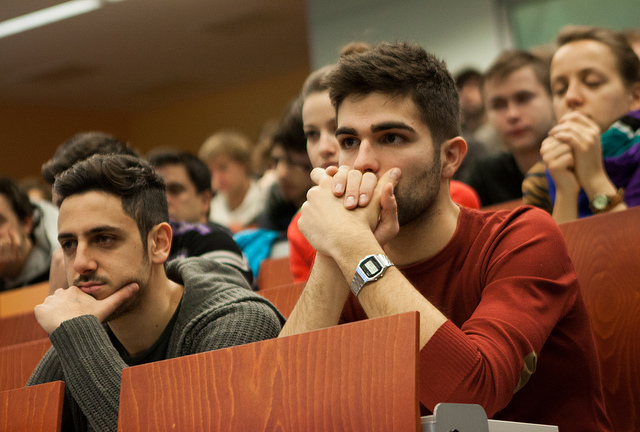 by Ryan Morris
Jobs - 3 years ago 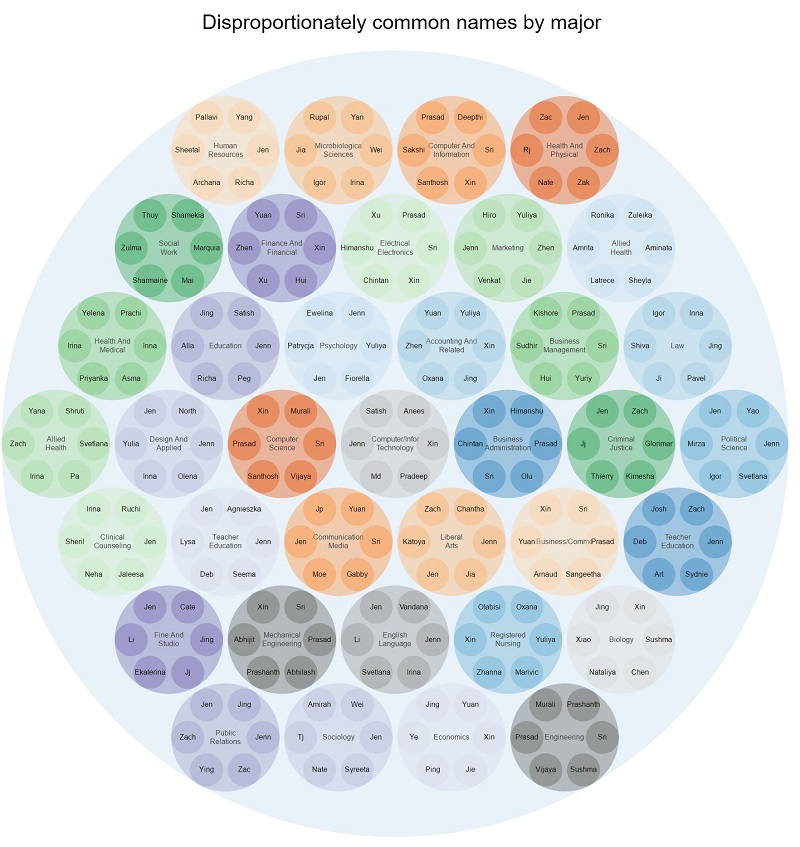 What’s your major? The first question many are asked about their college experience may hold a surprising connection to their first name.

We’ve put together a series of visuals showing the top six name results of the 37 most popular college majors using a few different constraints. Those constraints are, in order:

No assumptions as to any person’s place of birth or citizenship can be made with this information based on the names alone. However, the specific names that appear, and the way that certain names tended to congregate with other names of similar language roots within majors, is interesting to see in these visualizations.

There were the usual Roberts, Davids, Johns, Jessicas, and Jennifers, among several others. A few of these congregated around certain majors, typically along gender lines; for example, Registered Nursing majors had overwhelmingly traditionally-female names, while Accounting majors tended toward traditionally male names.

However, we found that many of these different majors cycled through the same two dozen or so names, all of which tended to be Anglo-European in origin.

In fact, for 19 of the 37 majors listed in our data, the names John, David, James, Michael, and Robert all appeared within the six most common names, while the sixth tended to be either Jennifer, Jessica, Matthew, or Christopher (depending on the major).

It was only once we started looking at the most disproportionately common names in each major that things really began to get interesting. 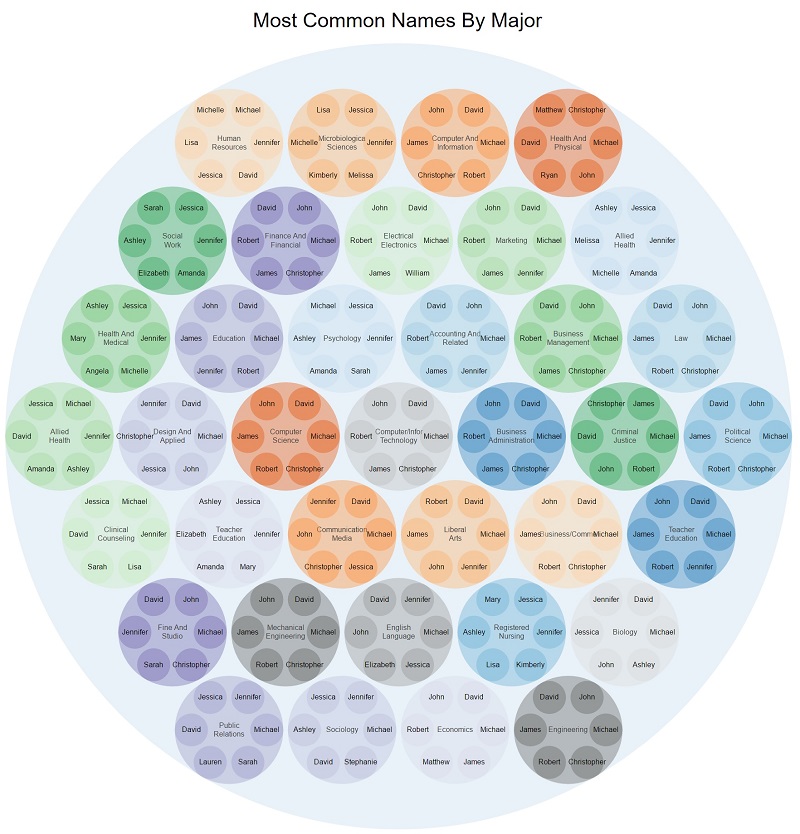 The Disproportionally of Names by Major: Or, Too Many Zachs 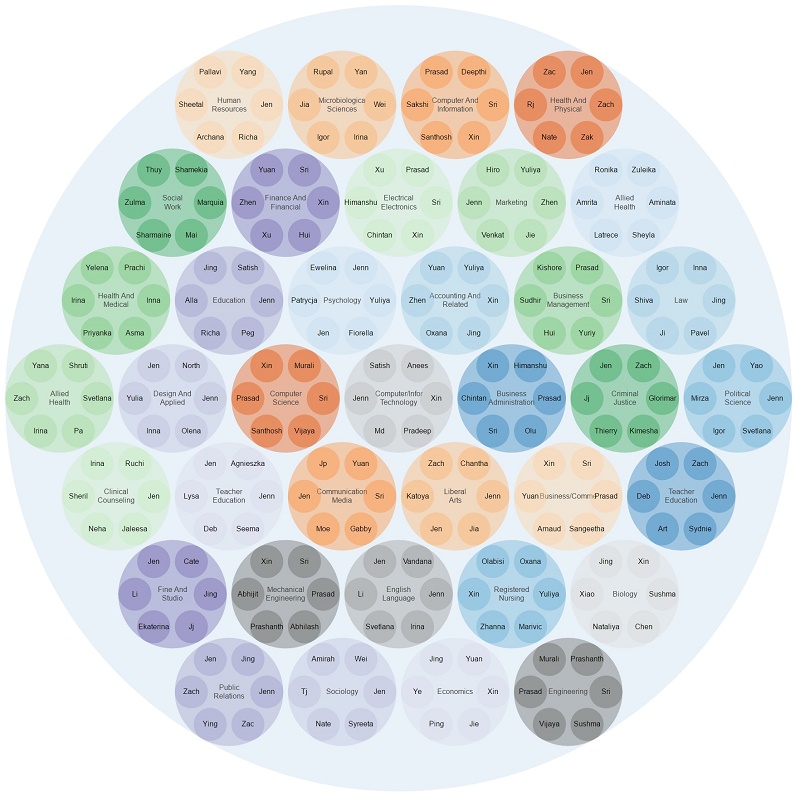 Here are some snapshots of the more noteworthy (and, in some cases, bizarre) examples of what we found, sorted by major:

First, we calculated the most common names in each major based purely on raw count of names for a major in our database of over 7 million resumes.

Then, using Social Security Name data from 1952 to 2000 (the current working age population), we created a baseline expectation for how common a name is. We then compared that baseline to the prevalence of names for that major.

For example, the name “Bob” might make up 2% of names nationwide, but only 10% of names in Math-related majors. Therefore, Bob would be disproportionately common in Math.

Using this metric, we decided which names were the most disproportionately common names in each major.

Lastly, we repeated the previous step two more times, but isolated the names along traditional gender lines to create our two separate lists for most disproportionately common male and female names. 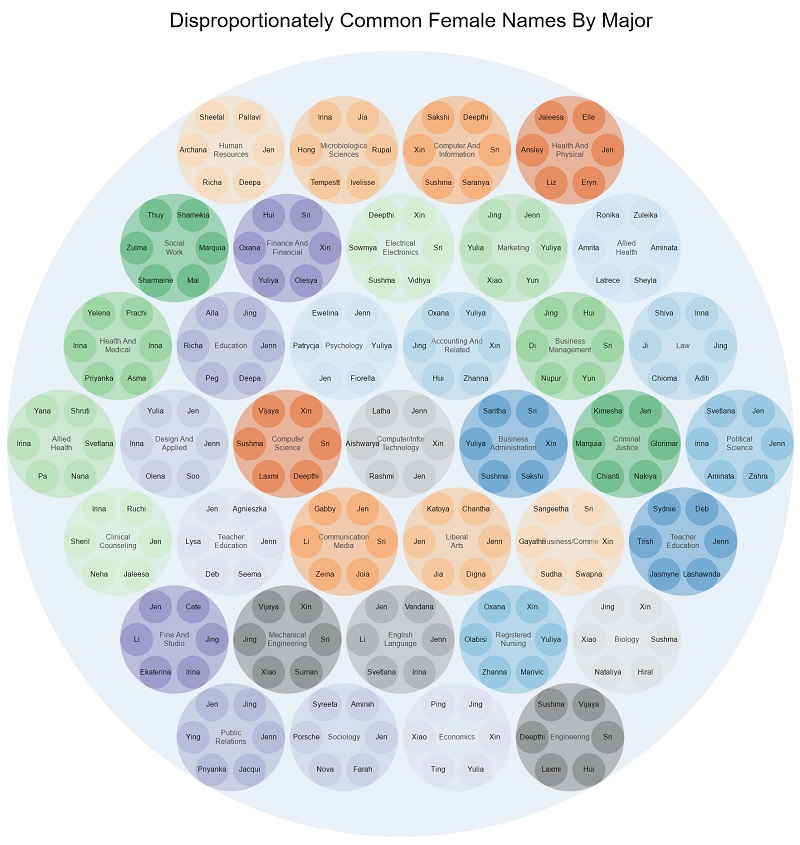 Did you find this article interesting?

If you’re still in school and having trouble settling on one particular major â for instance, say, if your name is some variation of “Zack” â take a look at our career search engine to see what jobs might be right for you, and what majors can help get you there.

If you’re a recent college grad having trouble finding a job, see what kind of careers your major qualifies you for, and what some of the most common first jobs are for people who graduated with that same major. You might find something you haven’t thought of yet. 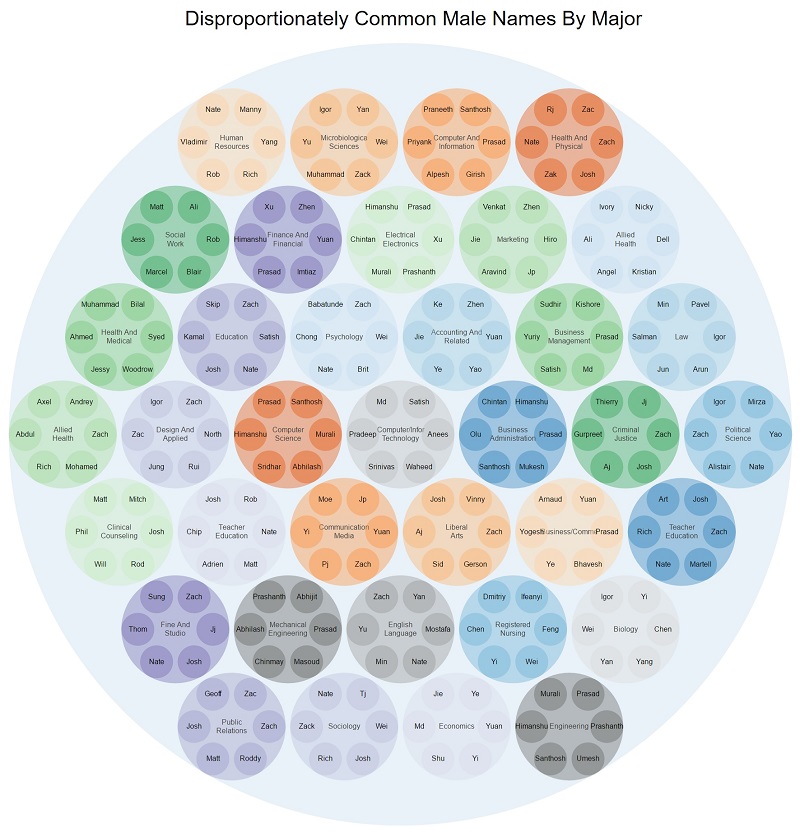