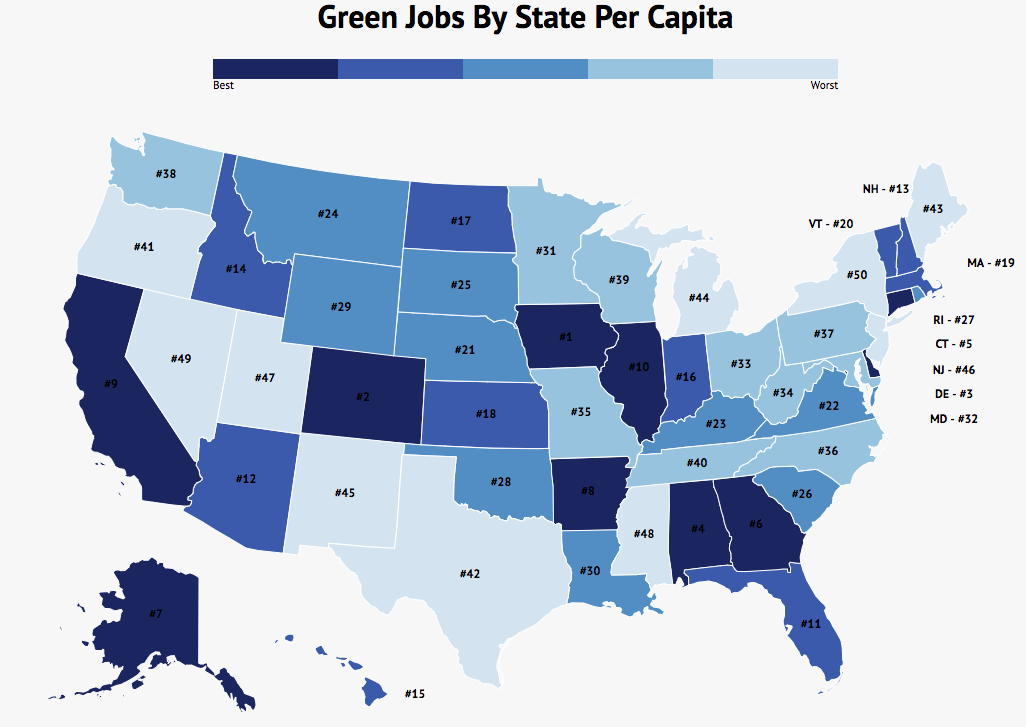 Recently there has been a lot of discussion about coal and manufacturing jobs and the decline in both industries. Ideas centered around bringing those jobs back have been one of the news cycle’s hot topics since the 2016 election.

But what about the opposite end of the spectrum? The importance and potential boon for green jobs isn’t something that should be ignored, either.

A new report from the International Labour Organization shows that 1.2 billion jobs worldwide depend on a “stable and healthy environment.” By following the recommended policies in reaching the Paris Agreement’s goal, 18 million new jobs worldwide could be created by 2030.

Green jobs continue to rise in the United States, too, with solar panel installers and wind turbine technicians ranking as the top two fastest growing occupations in the country.

This got us wondering, where are all of these green jobs anyways?

Turns out, all over the place.

States With The Most Available Green Jobs

States With The Most Available Green Jobs Per Capita

We searched all jobs posted on our website, Zippia, for four keywords – environmental, solar, wind, biofuel. We were then able to see which state each job was listed in.

After compiling each state’s jobs with these keywords in their postings, we divided the total count of each state by that state’s population to give us the per capita amount.

Lastly, for the chart below, we compiled the most common job titles on our website with those same keywords in their descriptions. 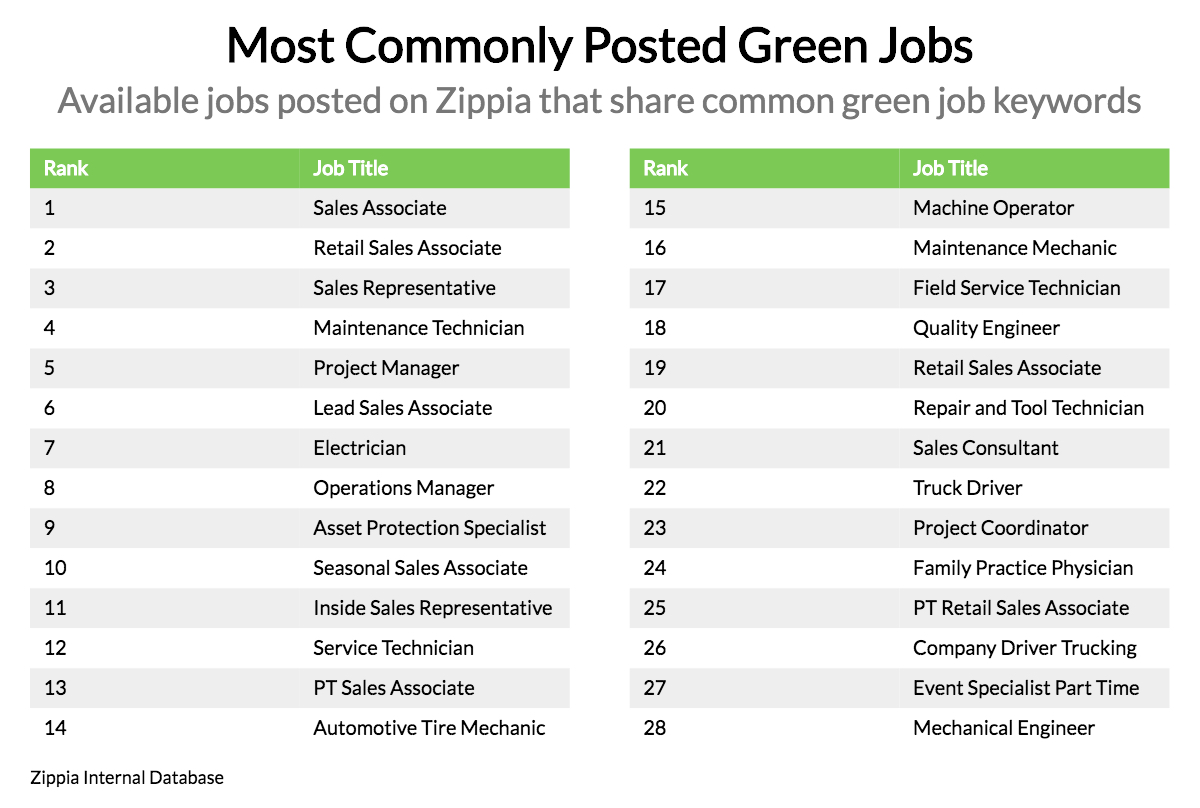