America has been know as the land of opportunity for as far back as I can remember.

But just because the whole country has a reputation for job availability doesn’t mean those opportunities are spread out equally across all regions of the country.

In fact, simply crossing over a state border can pretty drastically swing your job prospects.

Fear not loyal job hunter, we at Zippia just broke out our calculators and research jackets to determine which states have the best opportunities to get a job. After wrangling all the data and performing our analysis, we arrive at this list of the best states to get a job in America:

Read on to find out how these states came to be star performers when it comes to job opportunities. For more reading check out:

What makes a state a job haven? We believe these criteria adequately answer that question:

Sources of criteria include the the Bureau of Labor Statistics and Sperling’s Best Places.

After we found all the data, we ranked each state from 1 to 50, with 1 being the best.

We then took the average rank across all criteria, with the state posting the lowest overall score being crowned the winner of the title “Best State To Get A Job”.

If your state isn’t among the top 10, jump down to the bottom of the post to see a detailed chart and a downloadable file of all the data.

Otherwise, learn how these states moved up the career ladder. 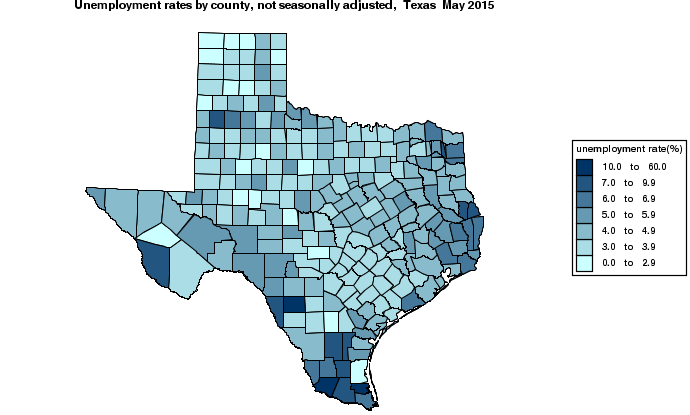 Everything’s bigger in Texas, including the size and quality of the job market.

Texas scored well across the board, but particularly well when it came to income tax (It tied for first with eight other states that have no income tax) and recent and future job growth.

The one criteria The Lone Star State could improve upon would be its unemployment rate, which ranked as the 14th lowest overall. But at a measly 4.3%, that’s not something anyone should get fired over. 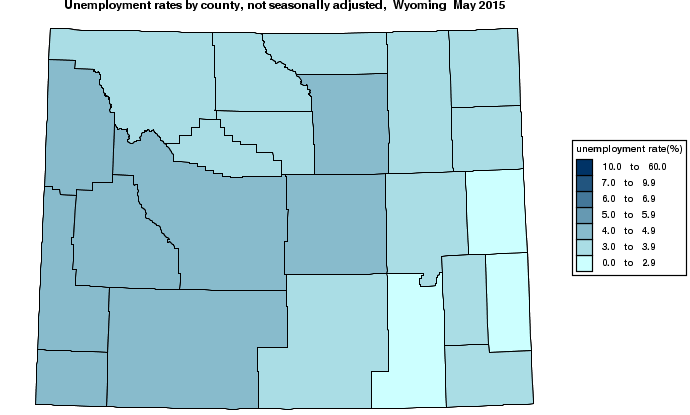 Wyoming ranks as the second best state for jobs according to the data we examined.

A fact that’s surprising only to people that live outside of the state, Wyoming normally does very well in rankings like these. Strong recent job growth and no income tax combined to help Big Wyoming come out big on our list. 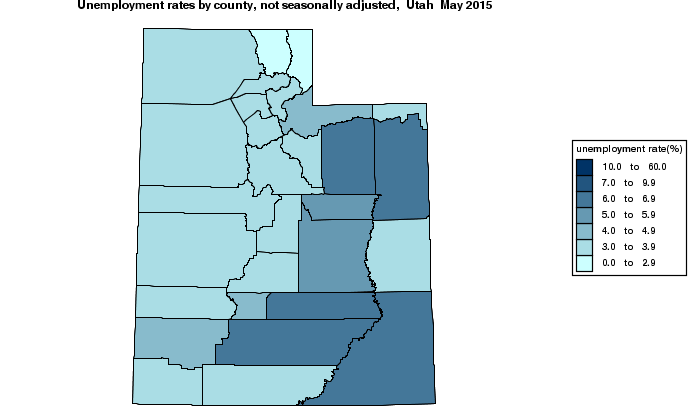 The Bee Hive state used its strong work ethic and considerable skills to nab the third spot on our list of the best states to get a job.

It also doesn’t hurt that Utah almost swept the job triple crown — it ranked first for recent and future job growth while finishing fourth in unemployment rate. However, an income tax rate of 5% ranks right about the middle for all states and prevented Utah from placing higher on the list.

As a fun aside, it seems that income tax rates might not be the be all end all determining factor when it comes to job prospects in a state. Utah and several others on this list show you can have booming economies and still tax people, for what its worth. 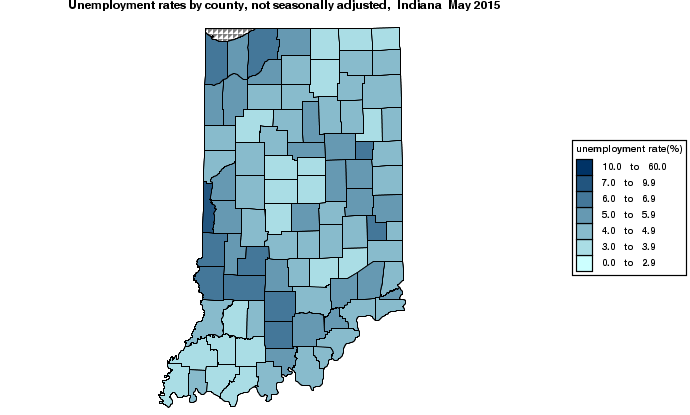 The good ole Hoosier state takes the fourth spot on our list.

A relatively “weak” unemployment rate of 5.1% prevented it from finishing higher. 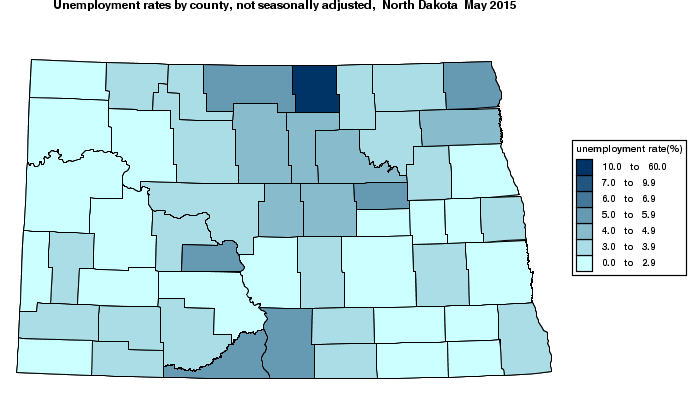 North Dakota ranks as having the second lowest unemployment at an astonishingly low 3.1%. Only Nebraska’s unemployment rate of 2.6% beats it.

So if you need a job tomorrow, consider a move up to the Roughrider State. It just might not be the highest paying one available — North Dakota has the lowest adjusted median income for any state in the top ten. 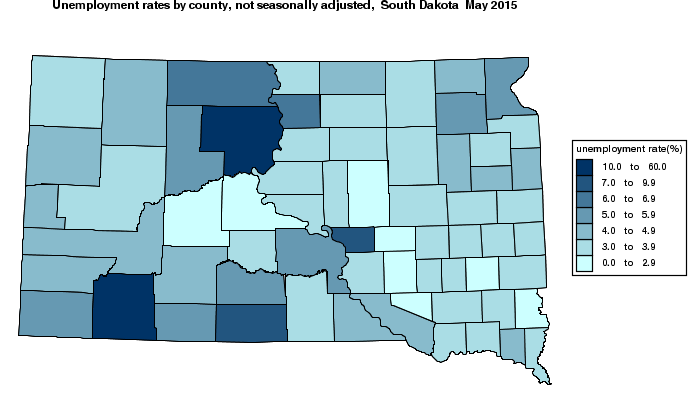 South Dakota finishes one place south of North Dakota in our ranking of the best states for jobs.

While it held its own in terms of unemployment, it couldn’t keep up with its neighbor to the north when it comes to recent job growth. Sout Dakota actually has the weakest recent job growth of any state in the top ten. 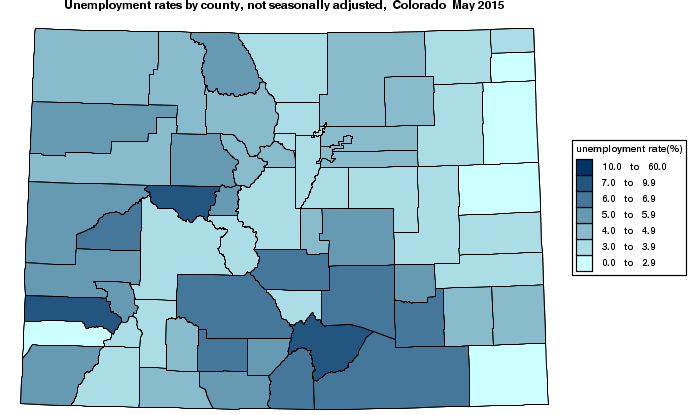 Colorado is basically a worse version of Texas when it comes to jobs — strong across the board without necessarily excelling in any one category.

The Centennial State managed a top finishing in both recent and future job growth, but had relatively weak scores for income taxes and median household income. So while there might be jobs, they aren’t as high paying as some other places on the list and the government takes more from you. 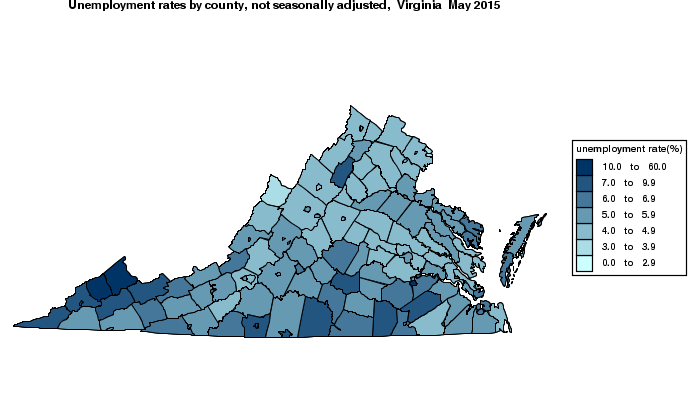 If you have a job in Virginia, you probably make more than any other person on this list with an adjusted median household income that ranks 3rd highest in the country.

However, the tax is going to come looking for some of that money as the 5.75% income tax in the state makes it the highest of any in the top ten.

On the job availability and growth front, Virginia scored strong, but unremarkable marks. Not to say the people that live are unremarkable. 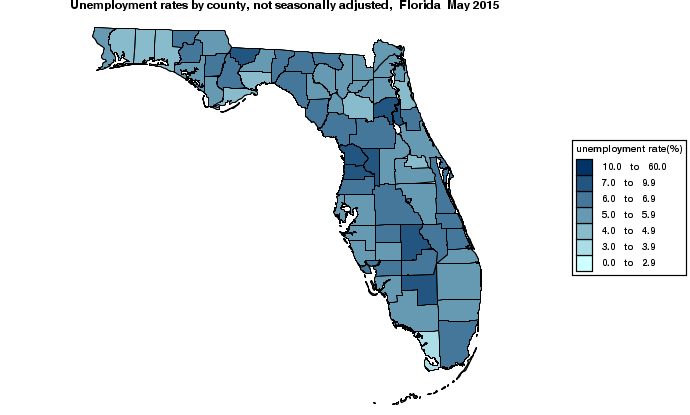 Florida is a bit of an odd duck on our list of the best states to get a job.

Add it all up and Florida still show up as one of th best states to snag a job this side of Texas. 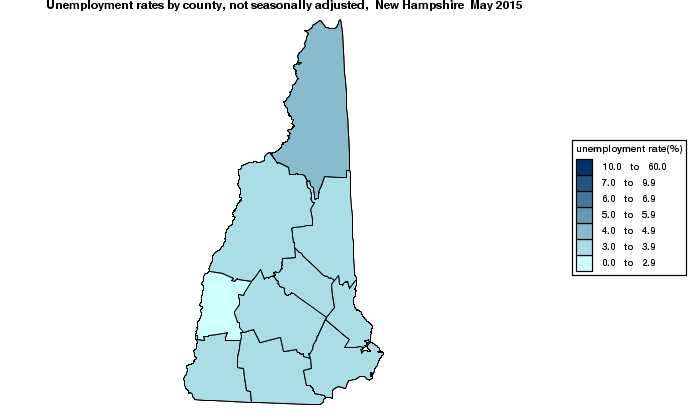 New Hampshire narrowly edges out Iowa for the tenth spot on the list.

The Granite State’s not as solid as a rock on the unemployment rate front or expectations for future job growth front — it had the worst ranking for those criteria of any state in the top ten.

However, true to its live free or die (hard) mentality, there’s no income tax in the state, which helped it out over Iowa.