Research Summary. Getting a job as a teenager can be a great way to get some professional experience, save up for college, or earn a little spending money.

Based on our research team’s discovery, Here are some statistics on high school jobs in the U.S.:

For further analysis, we broke down the data in the following ways:
Types | Summer Job | Trends and Predictions 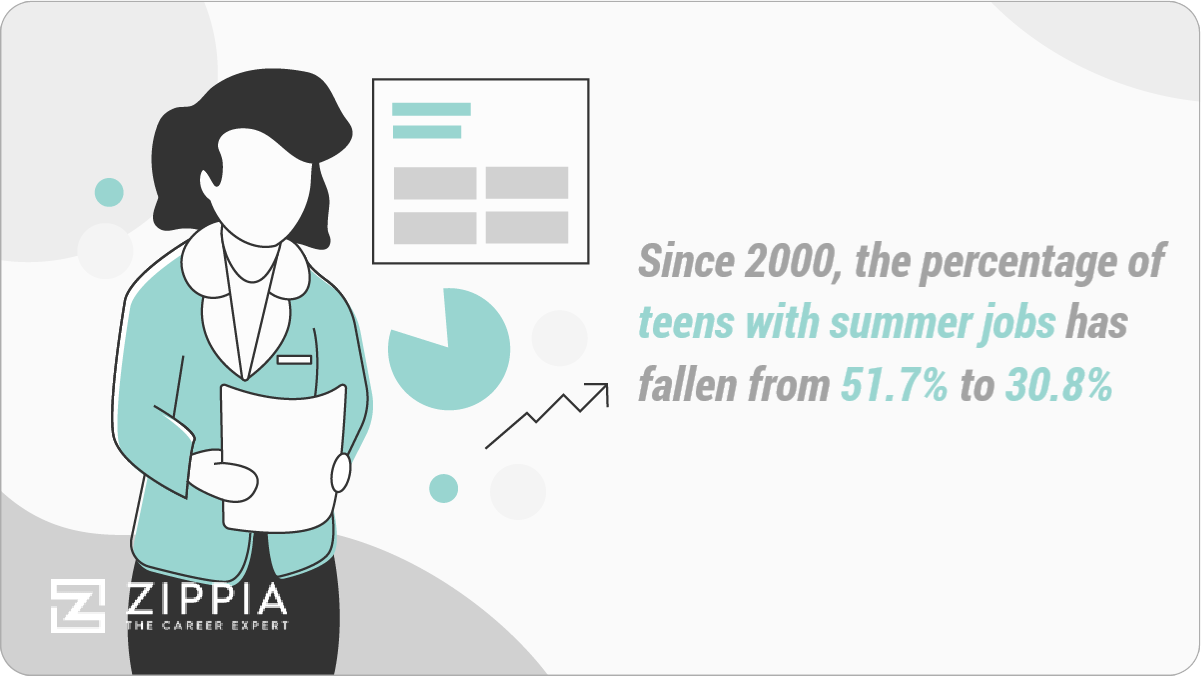 About one-third of teenagers between the ages of 16 and 19 hold jobs. Some work throughout the school year, but the majority work summer jobs.

These young employees often work in the food service industry and in the retail or sales industry as cashiers, servers, cooks, or stockers.

The COVID-19 pandemic greatly reduced the number of summer jobs this age demographic held during 2020, as 1.9 million of them lost their jobs between February and April of that year. Just 30.8% of teens worked that summer, the lowest rate since the Great Recession in 2008.

While these rates seem to be recovering throughout 2021, the number of 16- to 19-year-olds who hold positions has been in a steady decline over the past decade.

There are a variety of reasons for this, but some of the factors include an increased emphasis on volunteer work, internships, and other extracurricular activities in order to help students make their college applications look more attractive.