How Does Expedia Make Money?

Expedia is an online travel agency. In 1996, it swooped in to completely revolutionize a market that was, at the time, very labor-intensive and inefficient. By moving all of the booking and search functions online, Expedia offered people a much easier way to find and book hotels, while also learning about other travel accommodations. 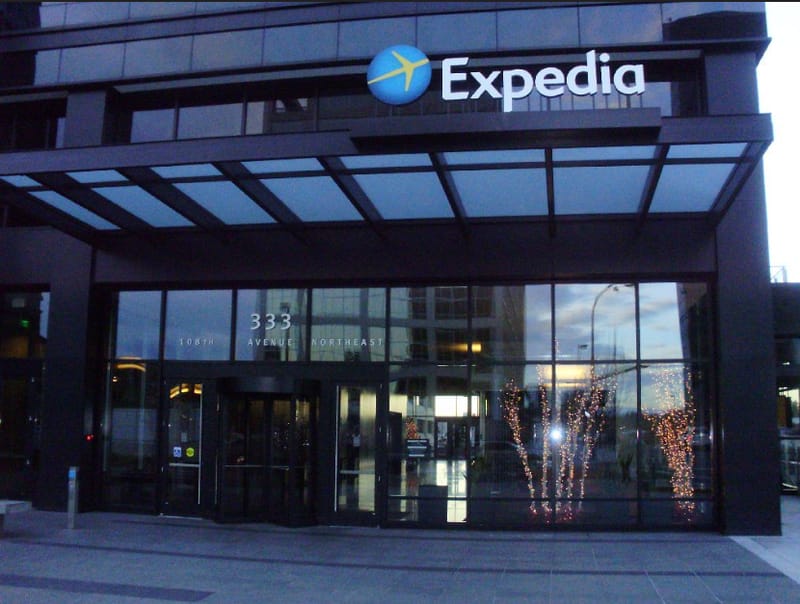 Expedia is a subsidiary of the Microsoft group, but in 2001, after a few years of major success, Bill Gates decided that the company should go public. Expedia is headquartered in Bellevue, WA, just across Lake Washington from Seattle and Microsoft’s home base.

What Can You Book Through Expedia?

Users can go through Expedia’s easy to use web-interface to set up a number of different aspects of their trips. This is one reason why Expedia became such a popular way to plan and book trips: the consolidation of all aspects into one interface. Things you can book through Expedia are:

How Does Expedia Make Money?

Expedia makes its money in a few different ways. The largest of those ways is through hotel bookings, which the company is mainly known for allowing users to do. A whopping 70% of Expedia’s revenue is generated from hoteliers (people who own or manage hotels). The way that Expedia get’s here in the first place is through a simple supply and demand strategy. Expedia buys up a large number of rooms at a discounted cost and then advertises the bookings through their website as the cheapest you’ll find in the market.

An example would be Expedia pushing for a 7-night all-inclusive trip to a remote island in the Caribbean. Expedia reaches out to a hotel on the island and buys up a block of, say, 100 rooms at a discounted price (because everything is cheaper in bulk). Expedia than buys a large number of plane tickets going to that island, usually at little to no discount. Then Expedia offers the deal to 2 people at a price like $1,700, which is most likely going to be at least marginally cheaper than it would through other sites. People get a good deal and Expedia is able to fill more plane seats and hotel rooms. And Expedia has only paid a part of what they charge the people for the service, meaning they profit from every transaction.

Another way that Expedia makes money is through commission fees. Because Expedia always offers the lowest price (or at least a lower price than the hotel will offer), people will be far more willing to actually take a trip in the first place. So hoteliers are far more inclined to sell rooms to Expedia because some money is better than no money. The commission fees are usually between 20% and 25%.

An example of the way that this works is that if a hotel sells a room (in this example we will use just one room, but in reality, it would be far more) to Expedia for $100 and Expedia gets the room booked, then Expedia will collect that $100 and pay the hotel $75 (if the fee is 25%). They will say that that $25 goes towards customer service, marketing, and various other business functions.

Expedia makes a little on the side through fees. These fees aren’t hidden, but they’re also not in your face. They can get away with this because they don’t charge users a fee to actually book the hotel, or whatever it is that they are booking, in the first place. These fees include:

How Does Expedia Get Its Data?

Does Expedia have full-time employees whose sole responsibility is to troll the internet to find hotels that they can buy rooms from, and then contact those hotels and reach an agreement for those rooms? Definitely not. Expedia has a third party sourcing organization that does all that for them. This method is called “Merchant Inventory.” They have local contractors, essentially the ‘boots on the ground’ people that are collecting data about hotels in different areas as well.

They also use Global Distribution Systems (GDS), such as Sabre, Amadeus, or Galileo as ways of organizing and accessing information that they either manually or systematically put into databases.

So, How Much Does Expedia Make a Year?

Unlike a lot of tech services that deal in these types of industries, Expedia knows how to stack the cash. They know how to make a pretty penny. And the company has aided in this by completing lucrative deals to purchase other companies, which were competitors of Expedia, furthering their strong grip on the market. This graph highlights the exponential growth the company has experienced year in and year out: 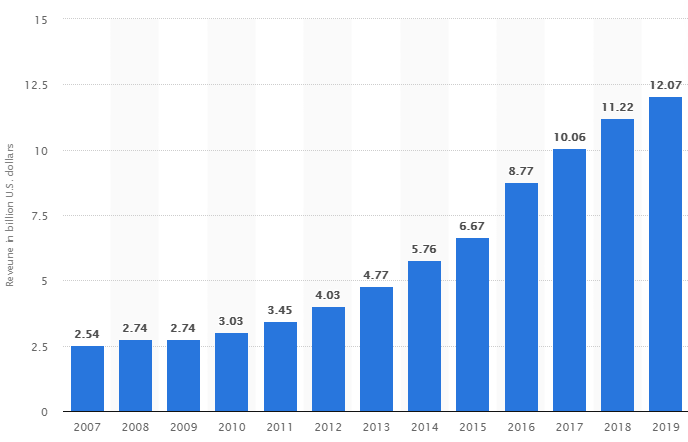 Who Are Expedia’s Biggest Competitors?

Some of the companies that seem like they might be Expedia’s biggest competition are actually part of the company. Those sites are Orbitz, HomeAway, Hotwire.com, Travelocity, and Trivago, to name a few. But the Expedia Group does still face some stiff outside competition. Its main rivals are:

How Do Hotels Get Paid Through Expedia?

Hotels aren’t necessarily strong-armed by Expedia, but there is a certain level of liberty being taken by the company. Because of the company’s massive market share, it’s almost impossible for hotels to avoid it. The way that they get paid by Expedia, which was mentioned above, makes perfect sense in theory. They trust that, due to Expedia’s wide reach, the Expedia will fill rooms that otherwise would remain empty, had there not been that somewhat discounted price offered. And for the service of doing so, Expedia takes a cut of the reservation, giving the hotel 75%-80% of what they initially sold it for.

Tour guides and activity providers in popular vacation destinations can also sign up to advertise their services for sale through Expedia. Those providers go through an application process, to validate themselves as safe and whatnot, and then are put into the system for people to sign up for. In order to get paid by Expedia, the local guides and activity providers send invoices to the company for all successfully booked tours.