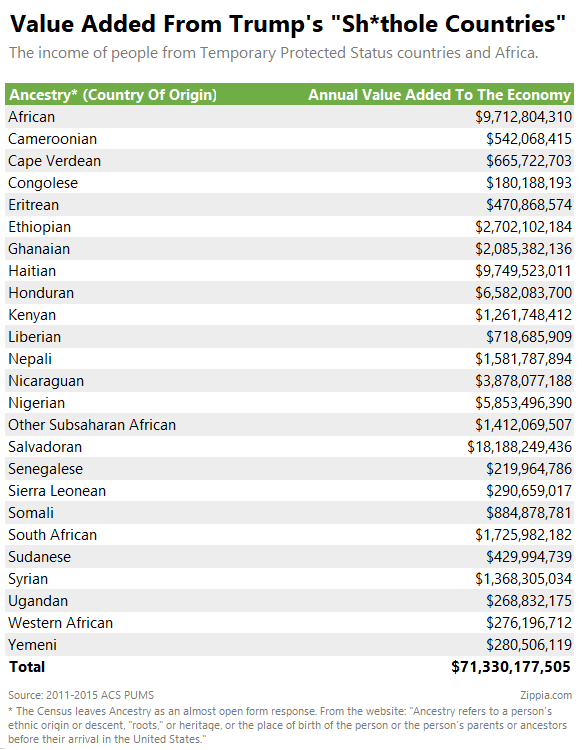 After the Washington Post broke the news last night that President Trump referred to immigrants from “sh*thole countries”, it immediately got our wheels turning on how to express the value added by these people to America.

With that in mind, we derived the above chart from the Census’s American Community Survey. Turns out people from “sh*thole countries” add a ton of value to America.

In particular, people from Haiti and El Salvador, two countries called out by name, actually add the most value: $18B and $9.79B, respectively.

Read on for a summary, thorough walk-through of the analysis, and a look at the most common jobs for immigrants from these countries.

We first had to determine what Trump was talking about this time. From several news reports, it seems he was referring to two groups of people from certain countries:

With that in mind, we went to the most recent 2011-2015 American Community Survey PUMS data from the US Census. Using the field marked as “Ancestry,” we grouped the personal income for each of the appropriate ancestries for foreign born residents. They included:

We then weighted each response appropriately and summed up the total personal income by Ancestry. We believe personal income is a very rough approximation of the economic value added — it means some company valued their work at such a rate.

These people add an immeasurable amount more to US society as a whole.

For the occupation table that follows, we used the OCCP12 variable defined here.

Most Common Jobs For People From Trump’s Sh*thole Countries 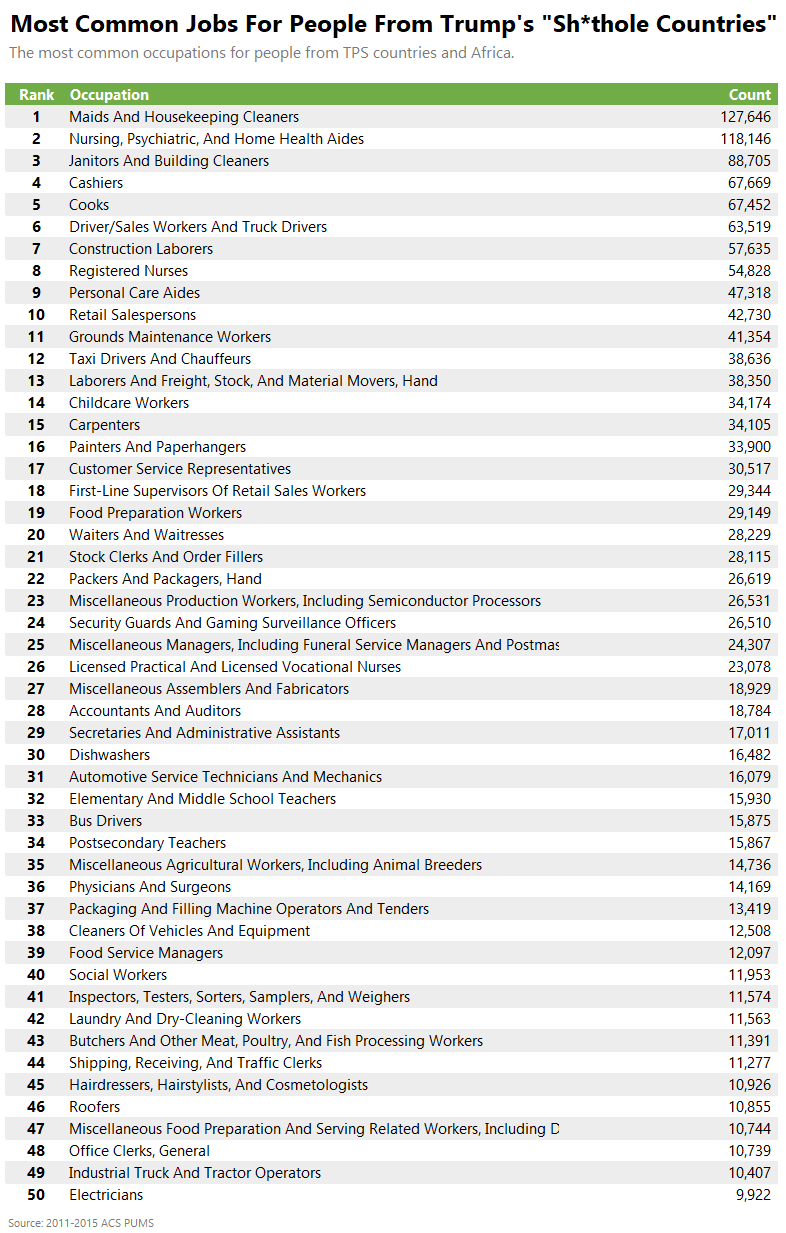