These Are The 50 Richest Politicians In The United States

Being a politician can be stressful. After all, you’re holding the wants and needs of a group of people with the flick of your pen.

But if you work hard enough and get to the tippy-top levels of the political world, you’ll be loved by everyone and supported to no end!

Just kidding. No you won’t. But you will probably be very rich!

As topics such as income inequality and the effect new tax cuts will have on different groups continue to barrage the news, we wanted to see just how rich the wealthiest politicians really are.

Very rich. Very rich was the answer we were left with. 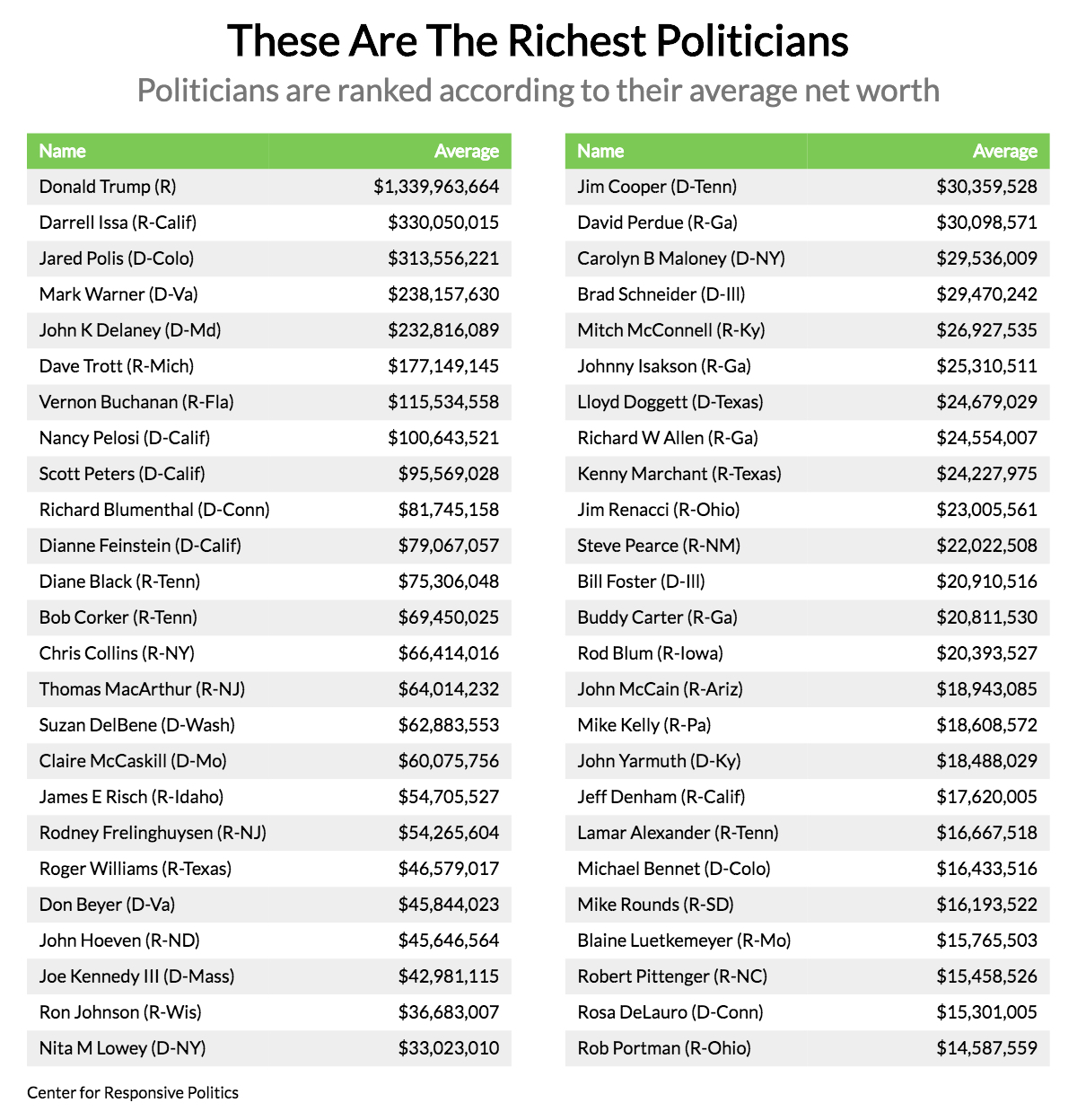 Using data provided by the Center for Responsive Politics, we’re able to see which politicians had the highest net worth in 2015. We then combed through each politician to verify they were still in office before adding them to the list.

The Center for Responsive Politics captured the data by accessing personal financial disclosure forms covering 2004 to 2016. The valuation for each person’s assets is as of the last day of the year covered by the report.

Some housekeeping items: personal residences that do not produce income are not included in the study. Same goes for retirement accounts from employment with the federal government (those can be quite large). 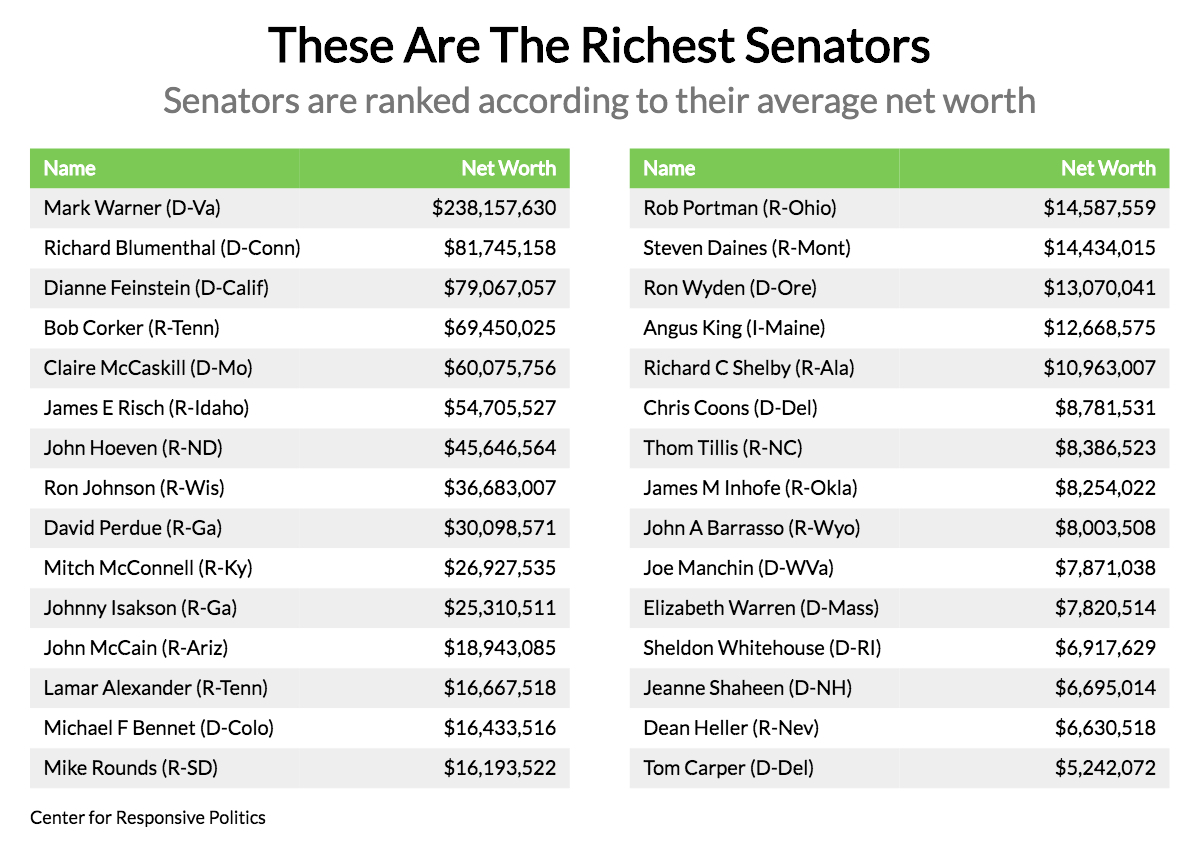